HAVANA TIMES — I wonder whether, in a few months, Venezuelans will feel as though they live on an island. If I’m able to travel to Cuba any time in the future – and I do hope it’s soon – I’ll have to think twice about it, go over the decision to travel months in advance (and, more than think, put together a whole lot of money).

I won’t use the money to buy pretty things for my family, or any of the other thousand things people need over there. I’ll need all the money I save just to buy the plane ticket.

When I arrived in Venezuela, my ticket – one of the most expensive at the time – cost me less than 4 thousand Bolivars. At the time, the dollar was valued at 6 and 8 Bolivars (I am referring to informal exchange mechanisms; the State maintained the exchange rate at 4 or 5 Bolivars the dollar).

My girlfriend and I (my apologies for throwing my girlfriend into the mix, but it is because of her that I came to this country) had some difficulties putting together the money for the ticket, but it only took us two months to do it.

Now, exactly two years after my arrival, if I want to buy a ticket to travel to Cuba, I have to do it several months in advance (in June or July, for instance) – not to get a cheaper ticket, but to get one at all. 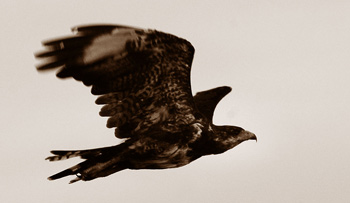 Conviasa, the Venezuelan State airline company, offers very “affordable” fares for flights to Havana: over 12 thousand Bolivars, three times what it was two years ago, that is. This is about a thousand dollars, under the prices set by SICAD (another entity that sells hard currencies).

Let us suppose I am not interested in traveling to Cuba (as could be the case with any Venezuelan). If we wanted to travel to Spain, the ticket – which we would need to buy now for traveling in July or September – costs between 45 and 54 thousand Bolivars.

And that’s if you fly with Conviasa, the airline company supposed to be the cheapest, the government company.

Some people might concur with the official account, that the raspacupos* (those who milk dollar cards) people who buy tickets they don’t use or who travel only in order to use their dollar credit cards in any country, are to blame for the rise in prices, or have forced Venezuela’s “good” government to take these measures.

I, who hadn’t been born when my country’s chaotic laws came into effect and assumed those laws were normal for many years, think that this nonsense surrounding plane fares and the other difficulties faced by anyone who wants to travel is just the tip of the iceberg. 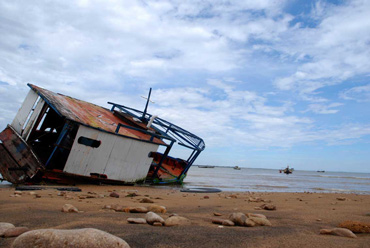 I feel it is just the beginning, a sign announcing an imminent period of darkness, in which traveling outside Venezuela could become as agonizing and near-impossible a process as it is for a Cuban to travel outside of Cuba.

On January 16, during a speech before Venezuela’s National Assembly, President Maduro said: “We’re going to keep the dollar exchange rate in Venezuela at 6.30 Bolivars throughout the year and for a long time afterwards.”

In less than a week, events were already contradicting the president’s prophetic words.

The President of Venezuela’s oil company PDVSA and Vice-President of government finances, Rafael Ramirez announced that, for travelers, credit cards, family remittances and airline companies, the dollar would be valued using the SICAD exchange rate. This means that, in order to travel, I will have to obtain my hard currency through this government entity which, for the time being, keeps the dollar valued at 11 Bolivars (and this figure is likely to go up).

“We have to decide whether we want to give the unscrupulous these dollars or if we import medications with them, whether we give the dollars to people who travel or buy food with them,” the PDVSA president stated.

When a country begins to place food and medication in the balance, against the right to travel…I start to get goose bumps.
—–
(*) Raspacupos: When a Venezuelan wants dollars for traveling the governmental currency exchange office called CADIVI doesn’t give them cash… they set a US dollar max (cupo) on a debit card…. There are those who sell their cupo here in Venezuela to a person who then takes the card abroad and makes a fictitious purchase and receives the “change” in USD… the traveler brings the US dollars back to Venezuela to change on the black market. So in this case cupo means quota or max USD on the card… and raspa means swiping the card.

8 thoughts on “Is Venezuela Turning into an Island?”