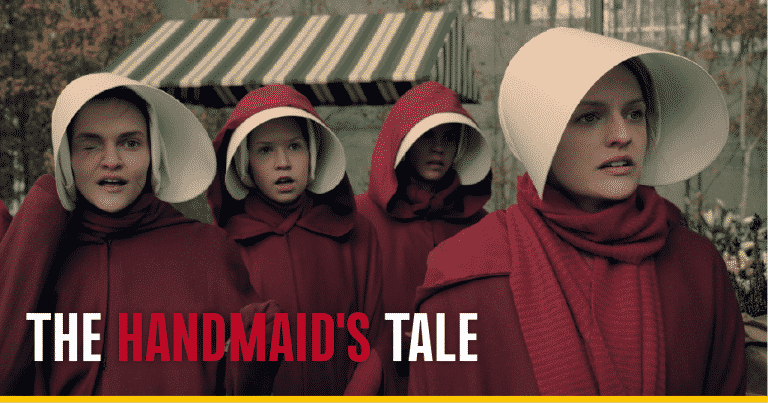 HAVANA TIMES – Maduro wants to write the next season of The Handmaid’s Tale, the most popular series of Hulu, based on the book with the same name by Canadian author Margaret Atwood.

For those of you haven’t watched it, here’s the synopsis: After a civil war in the US, the Gilead Republic is established, a totalitarian and fundamentalist system which follows the Bible verses to the T. As a result of a drastic drop in births, fertile women are considered handmaids and are sent to the homes of high-ranking government officials, where they are subjected to routine rape in order to fall pregnant, as their only objective as a woman is to bear children.

Maduro wants to play the field with Bolsonaro, Trump and Pinera. They are competing amongst themselves to write the latest season of The Handmaid’s Tale.

How can that be? Maduro is a working-class, left-wing president; Bolsonaro, Trump and Pinera represent the far-right. How is Chavez’s chosen One, the poor bus-driver who looks out for the working class’ interests, going to compete with this terrible trio?

Venezuela continues to fall to pieces.

Schools were barely open in December. Amidst teacher strikes, pre-Christmas and Christmas holidays; kids going to public school are learning less and less.

There isn’t enough fuel for us to get around.

We already know the health system is in a shambles.

People in uniform are the greatest mafia in the country.

But Maduro, who has begun to figure out that Chavez’s melodrama isn’t enough to move his few remaining followers, has decided to empower the Evangelical Churches.

Children can barely go to class, but Venezuela will have an Evangelical Seminary. In Venezuela, most of these churches are fundamentalist and conservative in nature: Pentecostal (neo-Pentecostal and autonomous). They don’t speak about Liberation theology, but about Prosperity theology and the doctrine of spiritual warfare. They openly support the Zionist regime in Israel.

Maduro has all of the Venezuelan people’s money to do up evangelical churches, while hospitals are left abandoned. The working-class president, who pays workers less than 1 USD per day, has just established a day in January to honor evangelical pastors. But it isn’t any old day in January, Evangelical Pastor Day will be on January 15th, the day that has historically been set aside to celebrate Teachers’ Day in Venezuela… Random coincidences?

Evangelical leaders have also asked him to assess the “good idea” of also creating a Bible Day, so that “every September 26th, the Bible is read at every university, high school, school, private and public institutions and even public squares in the country.”

Chavez’s famous heir is also planning to support agricultural production on 70,000 hectares of land that belong to the Evangelical Movement. Maduro hasn’t lifted a finger to stimulate national agricultural production, but I bet he believes that the land toiled by evangelicals has more of God’s blessings, and so it’s better business to support just this group and not all of the other farmers who the government has even gone so far as calling “the mafia”, when they have tried to reclaim their rights.

According to the most obstinate or naive Maduro followers, this alliance is the right political strategy. It is still one of Maduro’s (and evangelical groups’) political strategies. Maduro is placing his bets on different evangelical groups’ organizational capacity. He is also placing his bets on the tithe. He is betting on the pastors’ power to handle his future voters’ emotions. He identifies himself with Evangelical fundamentalism’s conservatism and intolerance, and he is taking advantage of it to shake himself free of any pressure that feminist and LGBTI groups in Venezuela might be putting on him (if they haven’t already been paid off by him).

Millions of well-educated Venezuelans have migrated and moved abroad. Secular universities have been closed down or intervened, and even musical instruments will be given to evangelical churches. Is this the human foundation for the next few years?

People suffering, terrified of a Supreme Power who they will never know whether it lives in the heavens or in Miraflores Palace, hidden under the cloak of ignorance and intolerant of anything that is different.

Welcome to the fourth season of The Handmaid’s Tale.

Read it and weep Bolsonaro, Trump and Pinera.