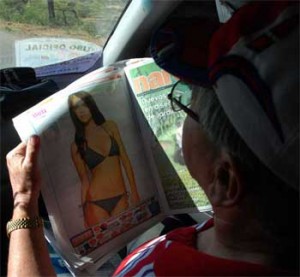 HAVANA TIMES, April 6 –Beatriz, I believe, is the name of the young girl in 1103.  I live in 1203, with my room just over hers.  At times, in the early morning, her voice floats up to me as she speaks in anguished tones with someone on her cell phone.

She was recently operated on.

But even if she is operated on 1,000 times a year, her disease has no cure although she doesn’t know that.

Sometimes we meet in the elevator.

She doesn’t imagine that I know some of her “secrets”.

A few days ago I noticed something strange in Beatriz’s body.  Suddenly she appeared electrified, as if an invisible wand had passed along her backbone, making her appear like one of those rigid dolls that as a child always seemed very impractical for playing.

“The operation was pretty simple,” I heard her say that night and I understood the reason for the change.  She had implanted a pair of new buttocks.

I know that she works in an office with a normal schedule. She has two children and no one else lives with her, so I suppose that she’s been saving for a long time to make this “change.” 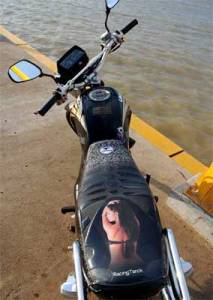 “Maybe I can find someone who’ll love me,” is another of the phrases that arrives at my ears from Beatriz’s apartment, and I almost feel sorry for her.

But not that sorry…  I could tell her that I adore women “with flat butts”.  But that wouldn’t raise her self-esteem either, much less draw her closer to experiencing that thing called love, which very few lucky people come to know.

Like many Venezuelan women, Beatriz gets up at 5 am every day to get her hair done at 6, the hour when many of the Beauty Parlors open.

Sometimes, when she is sick and doesn’t hide behind her make-up, I see her and she even looks attractive…if she weren’t sick.

I open the newspaper, read the classifieds and every work center that advertises for Women includes is a persistent note: MUST HAVE NICE APPEARANCE.

I’ve already learned that “Nice Appearance” includes hair that is washed and straightened every morning, eyes and features barely perceptible beneath the layers of make-up; eyebrows gone, it’s better to substitute those infamous and unnecessary tufts with a tattoo highlighted with expensive eyebrow pencils.

I enter a mall and there are a large number of women lining up to pass a test: “Are you ready to give your body the silicone it needs?”  The exams are free, a kind of sample, or better yet, a way of hunting new clients thirsty for love.

2 thoughts on “Silk Buttocks in Venezuela”