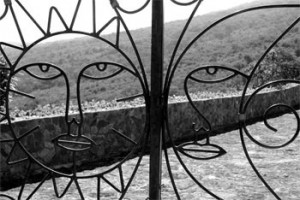 HAVANA TIMES — If there’s still anyone out there who joyfully buys into the story of the “good left,” I’d ask them to please at least review their sentiments.

These days people in many countries have mobilized themselves in response to the upsurge in the Zionist slaughter of the Palestinian people.

But it’s always easier to unite in solidarity with a distant cause, even more so when there’s so much carnage involved.

Will death always be related to bloodshed?

For me, like for many, it certainly hurts to learn of the Palestinian slaughter, just to point to one example. Because it’s easier to make a fuss about something we’re against when that something doesn’t influence the comforts of our life.

Currently people are mobilized in a plaza in Caracas, with music and banners, to say “Down with Zionism.”

Later they’ll go to their homes, turn on their TV, their desktop computer, they’ll go take a hot bath or a cold shower, flick on the air conditioning or a fan. They’ll then — without knowing or being fully conscious of the fact — consume a product that’s perhaps manufactured in Israel.

Meanwhile, somewhere in the Amazon — and yes, this tiresome writer is once again bothering people with this nonsense about the land and “original” peoples — under the orders of one of these governments that calls itself “left,” 40,000 Kayapos will be kicked off their lands where they have lived since long before Brazil was ever called that.

The areas will be flooded to build a hydroelectric dam — another one — that will make sure people can turn on their TVs, take a warm bath, and so on, after returning from a march where they yell and protest about life in some remote village.

Recently, I went to a university to hear a discussion about the Kurdish people. It so happened that the Bolivian Ambassador to Venezuela was also in the audience. At one point he asked to speak, and his comments left me cold.

The ambassador said you have to be very careful when it comes to “respecting” a minority of a nation. He noted that in his country the minorities (understood in this case as indigenous peoples) were attempting to prevent the government from exploiting natural resources that actually belong to the whole nation.

He held that if it had been up to those “minorities,” Bolivia would still be back in the Stone Age — or something like that — and that the country would be “unaware of centuries of human progress.”

If it wasn’t so sad, it would have been laughable.

It’s sadder still because I know that a large majority of Havana Times readers will agree with the ambassador due to his affiliation with the left. 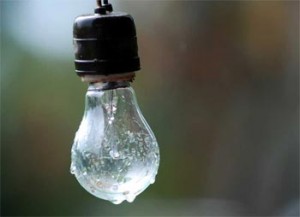 They’ll write and say I need to “mature” and that if it weren’t for “human progress” I wouldn’t be writing this and spreading it all over the Internet.

They’ll note that before the left started murdering indigenous peoples and contaminating the land and water, the right had been doing the same thing for centuries.

Left and right…everybody has a right and a left hand. Both belong to the same body, and no hand moves of its own will.

You might like one hand more than the other, but that doesn’t make you better or less of an accomplice.

The truth is that I would have preferred not to have needed to write this.

22 thoughts on “The Right and the Left, two hands one body”