HAVANA TIMES, August 24 — Sumbe, a movie by Eduardo Moya about Cuba’s military involvement in the Angolan war against colonialism and apartheid, is currently being shown in Havana cinemas.

It’s the morning of March 24, 1984.  Cuban teachers, construction workers and doctors who are serving in that Angolan town have completed their mission, so that night they’ll celebrate a collective anniversary as well as a wedding.

After confirming no danger of an attack or enemy infiltration, each person goes to the celebration of their choice.  But the dawn of March 25 will go down in history for the surprise attack unleashed by the South African-backed UNITA forces — five battalions encircle Sumbe — and the resistance put up by the Cuban aid workers and the Angolan military. 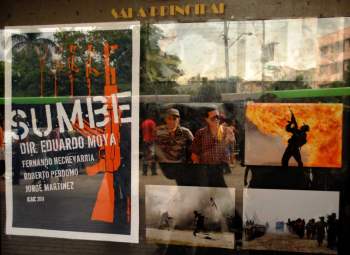 Once again the theme of the war in Angola has made it to our local theaters, but people aren’t coming out so pleased with what they have to sit through.

The photography and color remind one of those of the 1980s.  Assuming that the intention is to give the idea that it was filmed in that epoch, we might understand the characters’ antiquated speech, the over-the-top patriotism and especially the exacerbated machismo that reigns throughout the whole film.

But on top of all that, the performances aren’t convincing.  The sole actor who stands out for his naturalness is veteran actor Jorge Martinez, who plays the role of Carrillo, a lieutenant-colonel in charge of organizing the resistance.

Filmed completely in Cuba, the concept of scenery and props that give us a feel of the African landscape must have been a challenge. 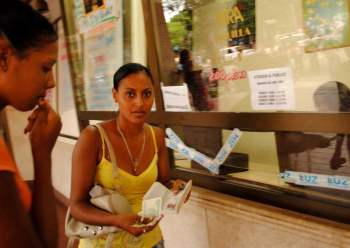 One thing close to being realistic were the pyrotechnics of the battle scenes, but that couldn’t have been otherwise with this being a production by Cuba’s Revolutionary Armed Forces (FAR) and the Institute of Cinematographic Art and Industry (ICAIC).

This film is the second part of a trilogy, consisting also of Kangamba (previously shown a couple of years ago) and another project on the famous battle of Cuito Cuanabale.

Events so harrowing as the deaths of thousands of Cuban internationalists, family separation, and the alienation produced by the war come off as frozen in stereotypical productions like Sumbe, where audience members spend their time talking among themselves, only become excited when the gunfire begins or simply crack a smile when the farcical fat guy winds up becoming a hero.

What we have is yet another war movie based on the Angolan odyssey: a victory that marked the life of our country but one that has suffered defeat in attempts to reflect it in all its dimensions through Cuban cinematography.