HAVANA TIMES — Investigative reporter Tracey Eaton just published a thorough report documenting the story behind Alan Gross, a well-paid agent hired by Development Alternatives Inc. to carry out an illegal USAID project in Cuba. Gross was caught in the act and received a 15-year sentence by a Cuban court for endangering the island’s national security. The article appeared on Eaton’s blog Along the Malecon.

By Tracey Eaton (Along the Malecon) 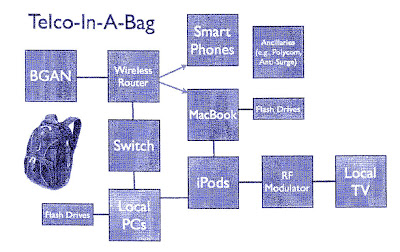 U.S. officials stressed the importance of secrecy during a 2008 meeting with a Maryland contractor that had been chosen to carry out a new democracy project in Cuba, according to a confidential memo (download 8-page document).

The project wasn’t considered classified, however, because the U.S. Agency for International Development wanted to create the illusion of transparency.

Development Alternatives Inc., of Bethesda, Md., won the USAID contract on Aug. 14, 2008, and quickly hired Alan Gross, who was later arrested in Cuba while working on the project.

DAI wrote the confidential memo to summarize what was said during a private Aug. 26, 2008, meeting with top USAID officials.
During the meeting, DAI learned that the U.S. government had “five to seven different transition plans” for Cuba. DAI would “not be asked to write a new one.”

Instead, the contractor would carry out a daring plan to set up satellite Internet connections under the nose of Cuban state security agents.

USAID promised to protect the identities of contractors and their associates in and out of Cuba. “The program is not pressing (and will not press) them to disclose networks,” said the memo, which DAI filed in federal court on Jan. 15 as part of its reply to a $60 million lawsuit filed by the Gross family in November 2012.

The memo stressed the unusual nature of the Cuba program:

The project was not classified because USAID wanted to send the message that this is a transparent process. Also, a classified project imposes significant security, documentation burdens and delays on all its stakeholders.

USAID wanted no delays and was eager to move ahead. The memo said:

This Administration expects immediate results from this program, definitely before mid-January.

That deadline likely had something to do with the departure of George W. Bush, a strong supporter of USAID’s programs in Cuba, and the arrival of Barack Obama, who was sworn in on Jan. 20, 2009.
The DAI memo summed up a top USAID official’s view of the political undercurrents:

The challenge, the memo said, would be finding “creativity to implement this project in the face of opposition from the Cuban State…while protecting the security of participants and change agents.”
The project was entitled “Cuba Democracy and Contingency Planning Program,” or CDCPP. The memo gave explicit instructions on how the initiative should be described if any lawmakers should ask about it.

Explanation to the Hill regarding CDCPP: to empower pro-democracy, pro-human rights and those looking for alternative visions for the island. The program seeks to expand the reach of their ideas and activities, to build and fortify networks and their capacity to act, and to increase the flow of communication to and around the island.

That vague description gave no clues to the project’s clandestine nature, but the DAI memo was clear:

CDCPP is not an analytical project; it’s an operational activity. USAID approval is needed for everything. We cannot freelance.

The memo said USAID picked DAI in part because of its international reach.

Planes flying in to Cuba from Europe, Central America and the Caribbean look “less conspicuous.”
Grant limits to non-U.S. NGOs “have no funding ceiling,” the memo added. But:

Cuban security apparatus is very strong so non-US NGOs should be vetted.

The DAI memo spelled out what the contractor should say in response to any inquiries from the public or the media:

Yes, we have been awarded CDCPP and we are working with USAID on discussions, but the project is not fully operational yet. Please refer other questions to (redacted) of USAID.

We must not post anything on our website or issue a press release on the awarded contract.

DAI wound up picking Gross to handle “new media” – the satellite Internet connections – described as the “most sensitive component in a very sensitive project.”
And during four trips to Cuba, Gross established three Internet connections – one in Havana, two outside the capital.
DAI paid him $258,274. He requested more money to continue the project and was promised $332,334, which would have brought his subcontract total to $590,608, an October 2009 memo shows (download 6-page document).
In late November 2009, Gross returned to Cuba a fifth time. Cuban authorities arrested him on Dec. 3, 2009, and accused him of crimes against the socialist state.
DAI said it paid Gross “the full amount owed under the Subcontract for completed deliverables.”
That evidently means Gross would have been entitled to just $65,132.80. That would bring his total payments to $323,406.80, not the full $590,608 he could have collected if he were not arrested.
Gross called his effort “Para La Isla” – For The Island. According to a proposal (download 13-page document) he wrote after his first four trips to Cuba:

Efforts to date under the Para-La-Isla (PLI) Pilot have been focused on establishing and operationalizing 3 sites on the Island through which target group members now have greater access to information than they had previously.
Activities in support of these efforts included the selection, configuration, logistics and training on the use of specific information and communication technologies (ICTs). Primary objectives of the Pilot dealt with the efficacy of the technologies deployed and the contractor’s demonstration that these technologies work.

Activities initially developed under this pilot at the first site in the capital city have been replicated and expanded to two other target group member communities in the provinces. These activities can be expanded to other identified target groups.

That likely means that Gross and DAI had envisioned taking the program beyond the Jewish community where Gross installed his first Internet connection.
Gross had supplied his Cuban collaborators with Broadband Global Area Network equipment, BGAN for short. The equipment, which fits into a backpack, can be used to establish a broadband Internet connection from anywhere in the world. Users can also make phone calls, send e-mail messages and set up a WiFi network.
During follow-up visits, Gross wanted to learn how Cubans were using the BGAN equipment, increase the number of users at each site and boost security so they wouldn’t be caught.
He considered it “highly probable” that state security agents would detect the satellite connections in the provinces. He wrote:

Radio Frequency activity in the Capitol City is more difficult to monitor than in the provinces because of an already existing level of RF congestion (e.g., from government, commercial sites, embassies, etc.). Therefore, monitoring and detection in the use of ICTs is less likely to occur in the Capitol City. Conversely and because there is little RF congestion in the provinces, monitoring and detection of ICT devices is highly probable.
Even limited use of BGANs and wireless networks will be monitored and detected because Island government technicians routinely “sniff” neighborhoods with their handheld devices in search of ham-radio and satellite dishes. While wireless computer networks (intranet) are not likely to cause any problem if detected, discovery of BGAN usage for Internet access would be catastrophic.

Gross planned to install special SIM cards in the three BGAN systems that would disable their GPS tracking feature and make them more difficult to detect. He wrote:

In order to improve and supplement security tactics and protocols already in place, the contractor will use an alternative SIM card, called “discreet” SIM card, that will increase the level of technical security with each of the 3 BGANs deployed. Discreet SIM cards impede the ability to track or detect specific aspects of non-terrestrial transmitted signals, regarding location and IP identification of transmission. This is accomplished by:

During the last three of the six trips that Gross planned, he had hoped to supply “up to an additional three prospective new target group sites” with what he described as “Telco-in-a-Bag.” He wrote:

Beneficiaries will utilize this equipment to support activities that are consistent with CDP program. A standard configuration will include:

Gross said each ‘Telco-In-A-Bag” would include:

The memo said that Gross and DAI would reach “an amicable agreement on how to resolve or settle” any differences if forces beyond their control prevented the project’s completion.
But there was no amicable agreement after Gross was arrested and Gross and his wife, Judy, sued DAI and USAID.
On Jan. 15, DAI asked a federal judge to throw out the lawsuit. Lawyers for DAI wrote (download 57-page document):

The Cuban government, reprehensibly, has sought to manipulate its detention of Mr. Gross to strengthen its hand in dealings with the United States. This has included seeking to exchange Mr. Gross’s release for the U.S. Government’s release of five Cuban spies. As Congresswoman Ileana Ros-Lehtinen observed, “[t]he Cuban dictatorship is clearly using Mr. Gross to strengthen its grip on power and gain leverage with the United States.”
Against this backdrop, Plaintiffs have filed the present tort suit seeking monetary damages from the Defendants. The fundamental premise of the Complaint is that Plaintiffs may bring tort claims against the Defendants based on the tragic harm that has befallen Mr. Gross.
This premise is wrong. Plaintiffs’ allegations are inextricably intertwined with Federal laws and policies that bar Plaintiffs’ claims, and also fail to state a claim on which the Court can grant relief. Plaintiffs’ claims must be dismissed for eight distinct reasons, any one of which would justify dismissal.

The DAI lawyers – Steven J. Weber, Sarah M. Graves and Matthew J. Gaziano – also said that the company did not have duty to protect Gross. They said he was an independent contractor who should have done more to avoid arrest.
They wrote:

…the Subcontract explicitly states “[t]he Subcontractor shall take all reasonable precautions to prevent damage, injury, or loss to all persons performing services hereunder, the Work, all materials and equipment utilized therein, and all other property at the site of the Work and adjacent thereto.” § 7.3. Thus, § 410 is inapplicable on its face, and the general rule restricting liability to independent contractor employees should prevail.
In sum, DAI had no duty to protect Mr. Gross from the type of injury he suffered, and no exception to this rule is applicable given his admitted status as an employee of an independent contractor. Whether his injury was foreseeable is a factual question that does not change this analysis.

The Cuban government – not DAI – are ultimately to blame for any harm done to Gross and his wife, the contractor’s lawyers said.

DAI deeply regrets that Mr. and Mrs. Gross have suffered harm due to the actions of the Cuban government while Mr. Gross was undertaking activities in Cuba to further the U.S.Government’s foreign policy. For the reasons stated above, however, the Complaint against DAI must be dismissed in its entirety and with prejudice.