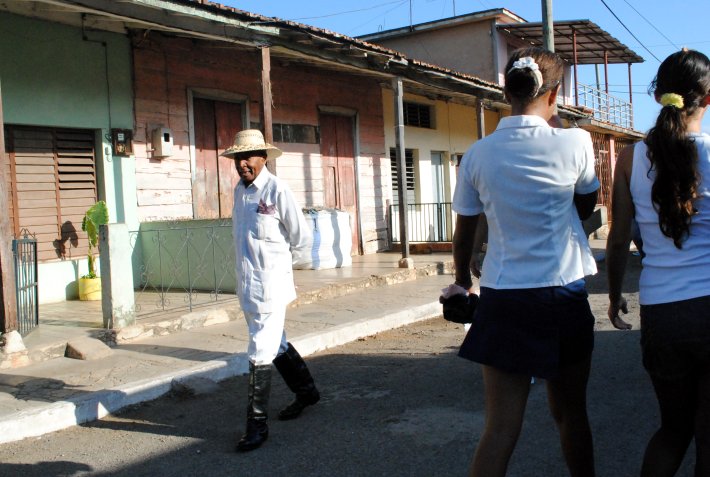 HAVANA TIMES, May 9 — When I left with friends from Havana en route to Pinar del Rio Province, I didn’t know I’d be taking part in an activity involving so many people.

On the contrary, usually when we hit the guerrilla trail it almost always means very little contact with others.  But the sun hit us abruptly on our way to the provincial capital of Viñales and we decided to go through Candelaria, a town that now belongs to the newly re-districted province of Artemisa.

We got up early in hope of catching a ride toward the mountains, motivated by the visit to two sisters who travel 15 miles every Saturday to go to a church where they give religious classes to children in the community. 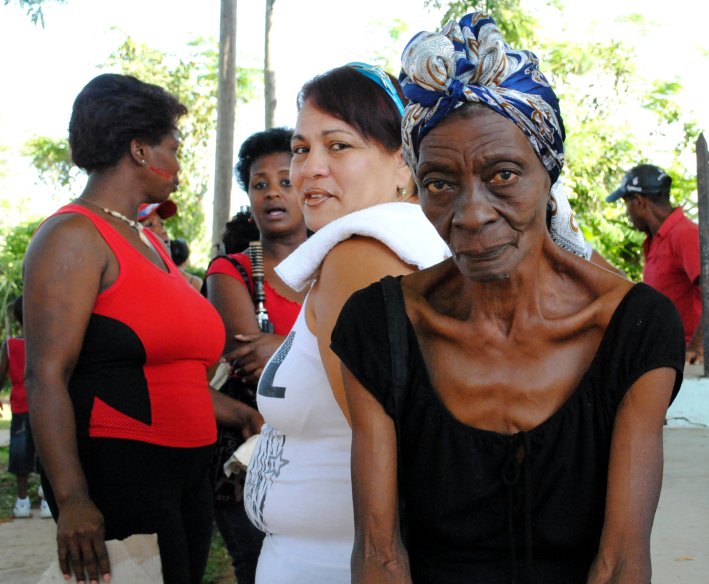 Suddenly we realized that this was May Day when we heard the voice of singer Sara Gonzalez (who is only heard in “political” ceremonies) entering through all the cracks in the house owned by Amparo (the young woman who put us up in Candelaria).

It was a holiday, which meant that there would be a parade. With little chance of catching a ride our plans abruptly changed. The streets announced the date with posters and flags, though we hadn’t noticed since it’s so common to see political posters, billboards with slogans or patriotic messages in the western part of the country.

In the church there was mass while in what they called the “Celebration Area” someone read a speech for three or four minutes, music then played, followed by a parade of troops on horseback.  Shortly after came the sale of beer and food as the morning turning into amusement. 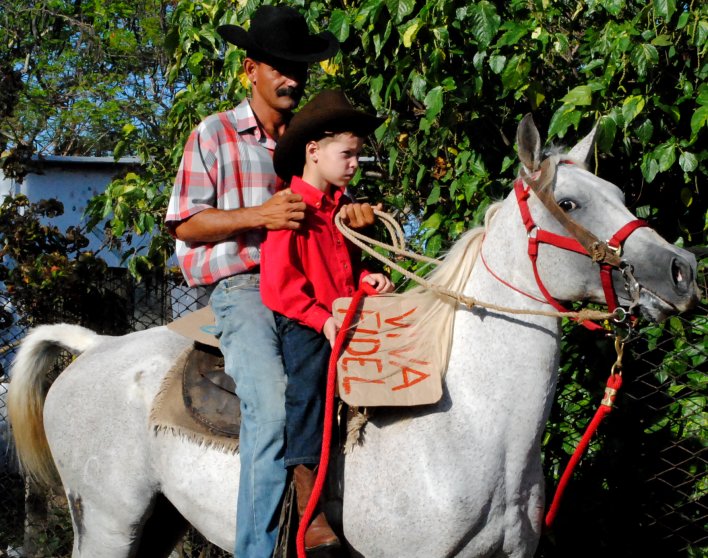 The person leading the festivities approached us with a tape recorder and asked, “Where are you from.”

“From Havana,” replied our friend Erasmo, to which the half confused man responded: “But you people don’t look Cuban.”  Then he asked us why we had come there to spend May Day in Candelaria, which was a question that kind of threw us.  We babbled something or other and the man left.

My first reaction was one of protest.  It’s true that we didn’t look like townspeople, but that didn’t mean we didn’t look Cuban.  However I stopped complaining when Erasmo explained to me that few Cubans would have come out on the street as uncombed and poorly dressed as we had.

We’d just gotten up and had left to wander around the town.  Undoubtedly we attracted people’s attention, but no one bothered us.  We ended up spending a while there looking around and taking photos.  Here are some for the readers of Havana Times.