Who is undisciplined? Me?

Text and photos by Regina Cano

HAVANA TIMES – “Girrrllll, stay at home,” people shouted at a woman who was walking along the sidewalk in front of the store. To which she blurted out: “If I stay at home, I’ll die of hunger.”

Put in these terms, it seemed like a fair reason to stand in line for basic essentials, which force people to walk along Havana’s streets. For the rationed “quota” (informally known as the Basic Food Basket), which state institutions sell in CUP, only covers about 10-12 days of a person’s monthly needs and doesn’t include fresh produce. This purchase, in addition to non-rationed ones at hard-currency stores, make up “getting to the end of the month” – making CUC, the second currency in circulation, the most valuable and is also the one the vast majority of Cubans don’t earn their wages in.

“Jokes” from some spokespeople referred to the “Stay at Home” campaign to tackle COVID-19, which urges people to respect physical distancing in public spaces.

Yet, since the Special Period, Havana’s residents have been left with the perception of regular shortages – structural shortages and/or a permanent state of precariousness in their mindset-, which even the new Coronavirus is unable to shake. For “dying” because “you don’t have anything to put in your mouth” beats the conviction that COVID-19 will kill you, especially when products on sale can suddenly disappear.

Lining up in the capital during this COVID-19 outbreak, means that you know “you can’t move” from there until you buy what you need or the chances of you not being able to get these products disheartens you, as lines have become a transition. A dimension that is hard to escape, where a single idea becomes key: “I have to eat,” “I need to buy…”, “when will … come back in stock?”.

You start being trapped without even realizing it, because you want to buy chicken, cooking oil, detergent, toothpaste and/or something else. Now that you have left home and are willing to sacrifice 12 hours or so, you might not be able to tomorrow.

So, you find yourself compelled to anxiously walk in line. Trying to figure out: What’s left over from yesterday? What did this truck bring in? Or watching your space, telling off people who weren’t there. New events happen in seconds and your thoughts are racing, between constant conflict and the critical conversation about lines, institutional, official or personal matters, as well as a good dose of joking about, which is a fixture of this phenomenon.

The line becomes a form of exorcism, like the Wailing Wall. You can become groggy, a strange situation that disorientates you and leaves you anxious. You find yourself mixed up in supposedly familiar situations, but they are traumatic because of the added fear caused by the COVID-19 pandemic.

It doesn’t matter if your information is on the database that foresees whether you’ll come back in God knows how many days and if this represents a control in your life, as the universe/line doesn’t allow you to question it.

Many people begin lining up without knowing what’s on sale. There are families who go different days, in the early morning, to make sure they can get a hold of chicken. This chicken, which is so dear because of a shortage of other meats – imported and industrially produced – is a popular protein in Cuban cuisine today, just as much as pork is, which has now disappeared.

In the meantime, everyone has their own reason for being there and they try to get on with the police: if “… they need to give out turns to keep discipline…” or that person “… cut in” – to establish justice – or that person took off their mask and “… smoked to the side…”. Fines are also imposed for violating the ban of “taking your turn” from the day before, and people hide themselves on staircases in nearby buildings or self-manage lists – of up to three days long – to make sure they can take their place in line.

In one community, only one of its stores was stocked up with a large variety of products, leading to a crowd of over 500 people and conflicts between them.

On the other hand, many locals travel to neighboring neighborhoods or stores further away, even if it means walking for kilometers. Others travel in their cars, on their mopeds or bikes, increasing their chances of getting what they need.

So, we can say that we don’t like lining up but we don’t know how to line up either. “So long lining up… and we don’t learn…!” you can hear people say.

Even though our memories might seem distant – although our feet still ache -, you enjoy your roast chicken or the much-needed hand soap, because there wasn’t any common soap. And you tell yourself: “I’ll never line up like that again.” But then 20 days or so pass by and the perception of shortages inevitably gets its hold of you again. 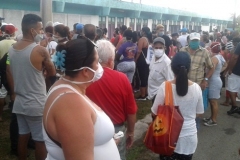 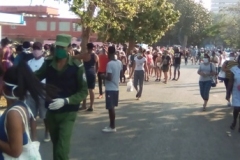 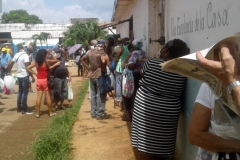 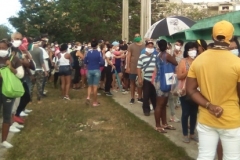 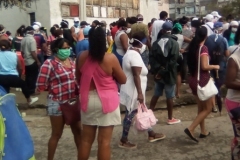 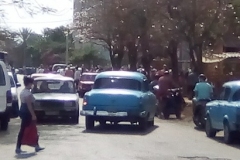 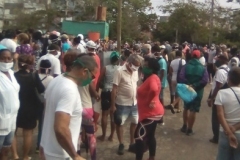 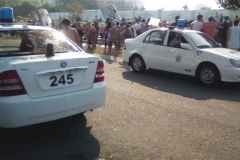 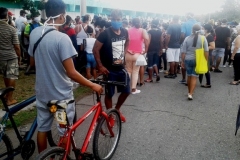 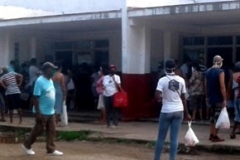 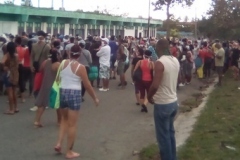 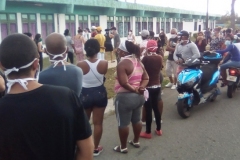 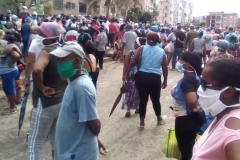 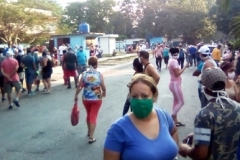 2 thoughts on “Are Lines the Best Vectors of COVID-19 in Cuba?”