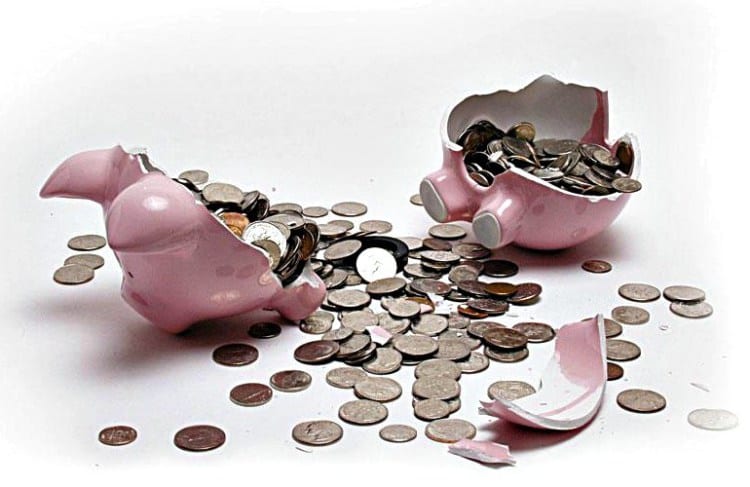 Economists insist: the solution is political, not economical.

The economy had decreased during two consecutive quarters, between April and September

HAVANA TIMES – Although Nicaragua’s Central Bank has not yet publicly acknowledged it, the country will fall formally in recession as of today, October first, when two consecutive quarters are completed without the Gross Domestic Product (GDP) showing signs of growth.

The results of this scenario is more unemployment, and that continuing flow of citizens traveling abroad to find ways to survive and continue to guarantee the upkeep of their families, expressed several economists consulted by Confidencial.

Nestor Avendano, President of Consultants for Business Development (Copades), was the first to announce what was coming, when in August he warned that starting October 1, the country would have fulfilled the definition of recession, and would have entered one.

The recession “is a fact and a sign of danger for the whole society in general, and for the government in particular,” said Avendano. Considering that investors will not bring capital into the country “until the recession disappears, which will happen when one quarter is completed with positive figures.”

An economist who requested anonymity said that “although the Central Bank of Nicaragua (BCN) has stopped putting out its monthly updating of economic activity data, there is data until June and the available evidence indicates that there is a fall in economic activity.”

“The decline in the sale of goods and services, due to the reduction of domestic demand for consumption and investment, has forced companies to reduce employment. Open unemployment has skyrocketed, fueling the fall in demand, and poverty has increased. Many companies will probably continue to reduce their payrolls,” he added.

The first is that banks lose the possibility of making loans to citizens and businesses, which stops consumption but also investments and new businesses, affecting directly the generation (or maintenance) of employment.

“The recessive process has settled more in the contraction of consumption, because it is an economy based on agricultural cycles; in industrial and manufacturing production (above all in medium and small companies that are the majority), and in the consumer population,” details the economist Alejandro Arauz.

Businesses in general “have it very difficult, and will continue to close, especially the micro and small ones; while in the medium and large, unemployment will continue to grow. It will be difficult to end recession without an appropriate political response, and even if one exists, there is no guarantee that the recession will end,” Avendano explained.

“People work with their own funds or borrowed, and their funds generally are insufficient. This is overcome when the political conditions change, but if there is no confidence in the future, there is no investment,” noted Belli.

Just as the foreign investor will refrain from bringing his resources to the country (or will seek much higher rates of return to compensate for the risk of investing in a place unstable as the Nicaragua of the second and third quarter of 2018), the national investors are also affected by the lack of available credit and slow their ventures.

What follows is “catastrophic. Devastating for employment. FUNIDES mentions 347,000 affected but there will be more. I do not see an end to this crisis, (or the recession), without a political solution,” Belli explained.

“Each employee has three to four dependents, and all of them will be affected.” Therefore, “it is foreseeable that migration will continue, because people will try by all means to solve their problem,” he added.

Aware of what awaits families that depend on a salary to cover their immediate expenses, Avendano recommends “saving, consume only the indispensable, concentrate expenses on food, health, education, transportation, communications and some recreation.”

Funides estimates that 143,000 people have returned to poverty during this crisis. And, there are 1.2 million people that “although they are not poor, are at risk of falling into poverty if they lose their jobs or their income is considerably reduced in the coming months.”

Recession is a natural consequence

Although recession is not such a common phenomenon (the last time the country suffered one was in 2009, as a result of the global financial crisis), there are a number of factors that can be combined so that a recession could be declared.

Nestor Avendano lists them: natural factors (droughts); geopolitical (wars); political instability, poor management of the economy (such as Argentina and Venezuela); high Inflation (which can depress the rate of production); and high fiscal deficits that lead to inflation. In all these cases: uncertainty and lack of confidence on economic agents, in policies and in governmental authorities.

It isn’t necessary to look very far to know why Nicaragua falls again into a recession, because the political problems have alienated direct foreign investment and tourism, two items that are extremely important for the country. “With that resources have gone away that represent about 12% of the GDP,” noted economist Pedro Belli.