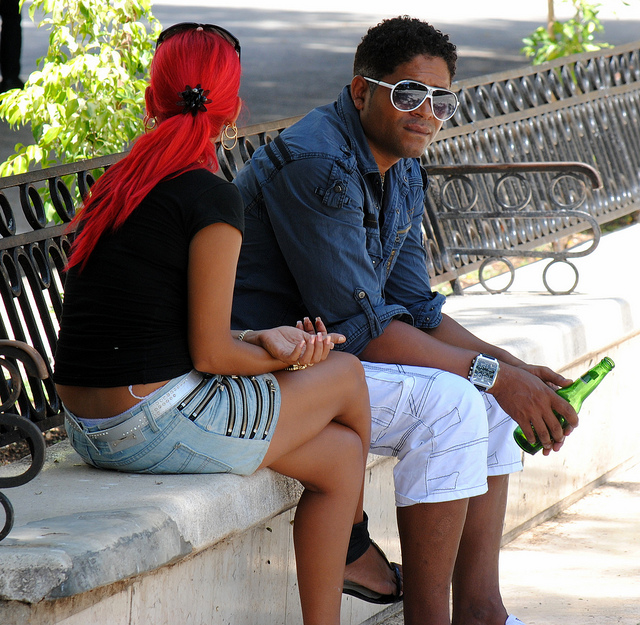 HAVANA TIMES, August 27 – Cuba is an island of sharp contrasts where everything, from sex to politics, seems to go from one extreme to another.

Cubans can surprise you for the things they know or the things they can tell you.  Even when they’ve never left their country, they speak of other places as if they had lived there, or they comment with great confidence about Major League Baseball or European soccer, despite their limited access to the Internet or satellite TV.

Cuba is replete with sensuality. Its women sway their hips with a singular rhythm and the seductive men sweeten their ears with poetic compliments.

The heat of the tropics can be oppressive, but neither during the hurricane season nor the most desperate droughts do people lose their sense of humor or the desire to get into a game of dominos or the urge to drink a bottle of rum and dance to the time of the Cuban clave.

Fidel Castro continues to be an idol and his public reappearance this summer meant enormous joy to many. There are complaints about the shortages but when it’s necessary to assemble in Revolution Square or to parade down city streets across the entire island, undoubtedly the multitudes will turn out.

To see more photos by Ihosvanny, you can access his section in Flickr.com at http://www.flickr.com/photos/ihosvanny/