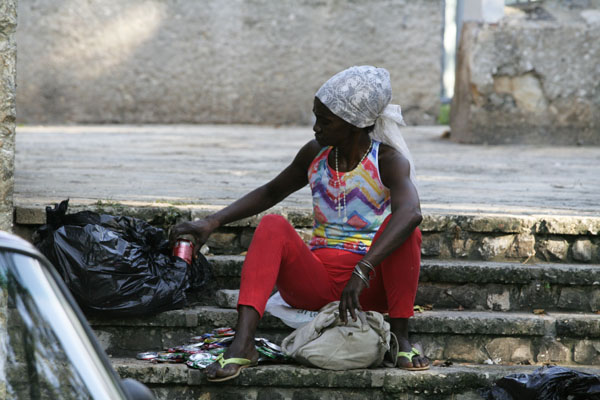 HAVANA TIMES — Despite the existence of a law – passed in 1975 – which establishes that all entities whose productive processes or services generate waste that isn’t re-used in any way must recycle that waste, there is indisputably no habit of recycling among Cubans.

Though Article 235 of Cuba’s recycling policy, approved by the Council of Ministers on December 22, 2011 as part of the implementation of the Guidelines drawn up during the 6th Congress of the Cuban Communist Party, is aimed at “encouraging increased recycling and added value of recovered products, prioritizing activities of greater economic impact and fewer resources and their re-capitalization, as permitted by the economy,” the problem of recycling has not yet been properly addressed.

Though little is done in this connection, at least recycling legislation exists for State companies. The question, then, would be: how can we educate people to properly recycle raw materials? 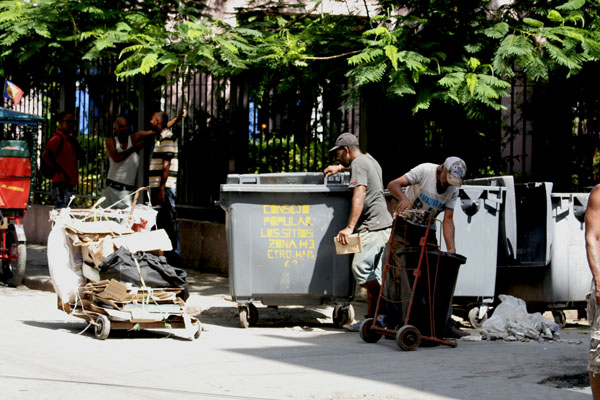 Raising the awareness of the public – and the managers of State or private businesses – about the economic and environmental importance of recycling recoverable waste products could keep such waste products from reaching garbage bins and ending up in dumps, something which is harmful to the country’s economy and contributes to the accumulation of waste in the city.

Though it may seem strange, the first link of the recycling chain are garbage bins (though the recovery of raw materials should actually begin at home, with the separation of different waste products).

The direct consequence of not separating garbage products are people who pick anything of any value out of garbage bins. These dumpster-divers apparently make ends meet this way, to the detriment of the city’s cleanliness and their own health.

In some cases, these individuals are mentally challenged or alcoholics. In others, they are elderly people whose pensions aren’t enough to cover their basic needs. Sheer need makes people of both genders and of all ages rummage through the garbage in search of glass or plastic bottles, cans, pieces of cardboard and paper and other items that can be sold.

These materials are also collected at dumpsites, where books that can be useful to students sometimes sadly end up.

Another weakness of Cuba’s recycling industry is that the Recycling Companies Union does not have the infrastructure needed to transport, treat and process these waste products. 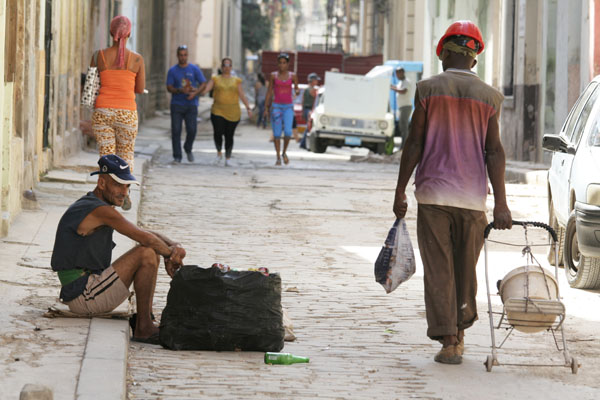 That said, the country has made efforts to develop a recycling and environmental care policy, such as the Recuperadores del Futuro primary school movement and the campaigns organized through the Committees for the Defense of the Revolution, whose contribution has not been insignificant.

Cuban society should seriously ask itself what recycling is and why it is important, for we are part of the global village.

6 thoughts on “Cuba and Learning to Recycle”