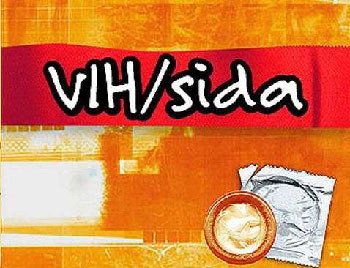 HAVANA TIMES – Efforts to find an AIDS vaccine or functional cure that will contain the disease have not ceased since the virus was first identified a little over thirty years ago. Pharmaceutical companies have been at the epicenter of this battle, while countries like Cuba have contributed their scant resources to the struggle, from the periphery.

Having infected millions of people around the world, particularly in the African continent, the HIV epidemic is the greatest sanitary catastrophe humanity has ever known. According to data from UNAIDS, 3 million new infections and 1.7 million HIV-related deaths are reported every year.

At the close of 2011, some 34 million people around the world lived with the HIV virus. Most (69 %) live in Sub-Saharan Africa, where one out of every 20 adults (4.9 % of the population) has the disease. This region is followed by the Caribbean, Eastern Europe and Central Asia, where 1 % of adults lived with HIV in 2011.
HIV Medication in Cuba

The chief aim of all HIV treatments is to prolong the life of the patient and to afford them the best quality of life possible. To achieve this, such treatment must not only prevent the appearance of infections and neoplasias (referred to as “opportunistic”), but also minimize the side-effects of the medications themselves, through combinations of pharmaceuticals which vary from person to person.

Cuban specialists have their work cut out for them in this regard, for the US blockade makes procuring certain medications and raw materials extremely difficult.

According to official estimates, between May of 2012 and April of 2013, losses in Cuba’s public health sector caused by the blockade were upwards of 39 million dollars. These losses stem exclusively from the need to purchase medications, instruments and other supplies from distant markets and from the use of intermediaries.
International cooperation efforts are also undermined by Washington, which persecutes banks, firms and companies that have commercial dealings with Havana.

One case in point is Zurich Cantonal Bank, which decided to suspend its dealings with Cuba. This had a direct impact on Cuban cancer programs, pediatrics and campaigns aimed at preventing AIDS and other diseases, which were being operated through MediCuba-Suisse.

We also know that HIV-positives in Cuba currently have no access to combinations of anti-retrovirals that include Tenofovir (produced by Gilead) and have also been denied such anti-viral medications as Kaletra, Nelfinavir, Ritonavir and 80/20 mg Lopi/Rito (for children).

It is perhaps no accident that US Senator Jesse Helms, one of the promoters of the calamitous Helms-Burton Act (which calls for legal reprisals against non-US companies that have dealings with Cuba), is an active detractor of the LGBT community and of its struggle against HIV.

Cuba’s public health system assumes the costs of standard triple therapies administered to Cubans residing on the island (around 77 Cuban Convertible Pesos a year) and provides HIV patients with medication free of charge.
It is worth pointing out, however, that, generally speaking, the island’s public health services are indirectly financed by workers, who receive infinitesimal salaries, in exchange for a series of basic social services (free healthcare, most notably).

This does not hold, of course, for supplies made available to Cuba through donations or international cooperation initiatives, which are free for both the patients and the State.

In addition, all analyses, examinations and tests that patients are subjected to in Cuba are also costly in terms of supplies and equipment, but all Cuban nationals enjoy these services free of charge.

Many a time, Cubans have felt the impact that the shortage of certain supplies can have, particularly in connection with determining the “viral load”, an indispensable prognostic tool needed for therapeutic decisions.

Pharmaceutical Companies and the Origins of the Epidemic

Though many questions surrounding the origin of the HIV virus have yet to be answered, it is generally accepted that it was first transmitted to humans from an animal carrier, infected with the Simian Immune Deficiency Virus (SIDV).
According to independent journalist Tom Curtis’ theory, millions of people were infected with the SIDV (SV40) though polio vaccines, during a campaign conducted in the Belgian Congo, Rwanda and Burundy by Dr. Hilary Koprowski in the second half of the 1950s.

Koprowski’s was one of the scientists with most patents in the world, patents which made him rich and powerful. His work in Africa coincides with the emergence of AIDS, geographically and historically: the city of Leopoldville (currently Kinshasa) in 1959.

The United States’ Food and Drug Agency (FDA) knew the vaccine contained the virus but refused to take action. Pharmaceutical companies were also aware of this, but likewise refused to dismantle their many, lucrative facilities. Monkey kidneys are still being used to produce polio vaccines.

The benefits secured by pharmaceutical companies, currently one of the most profitable and influential of business sectors in the world, are scandalous indeed. Implementing aggressive marketing strategies and powerful campaigns aimed at steering government policy, these companies continue to raise product prices and to secure patents that will garner them even greater benefits.

Independent studies estimate that only 12% of research funds come from the laboratories themselves. Governments and consumers finance up to 84% of health-related research, while non-profit organizations contribute with 4%.

With respect to costs, the pharmaceutical industry claims that each new drug put on the market requires over 800 million dollars in research. Other sources, however, report that the cost is actually somewhere between 75 and 80 million dollars (the study does not focus exclusively on pharmaceuticals for HIV treatment). The fact of the matter is that manufacturing costs have decreased considerably.

According to Wikipedia, the pharmaceutical industry spends most of its money, not on manufacturing or research, but on the marketing of its products, a process which entails millions in market and competition studies, positioning strategies, patents, distribution, promotion, publicity and sales.

This is coupled with administrative expenses aimed at sustaining multi-national conglomerates, including the astronomical salaries paid to their chief executives.

It so happens that the government institutions that are supposed to regulate these industries are heavily financed by the pharmaceutical industry itself. The FDA receives 75% of its financing from the industry, while the European Medicines Agency receives 80%. This is a clear conflict of interests.

In the words of Bill Hamilton, the greatest evolutionary biologist after Darwin, who died in Africa looking for clues as to the emergence of HIV, “the hegemony of the pharmaceutical industry has become the greatest obstacle in the way of independent medical research.”

The US Market: A Case Study

According to the Workgroup on HIV Treatment of Barcelona (gTt), in early August, the FDA authorized the sale of a new integrase inhibitor: dolutegravir (TivicayTM).

The wholesale price of this new pharmaceutical (over 14 thousand dollars a year, per patient) is higher than those of the integrase inhibitors currently being used, and would be twice as much for patients resistent to the medication.
The danger posed by these high costs is that a promising HIV drug which could well be used as part of a patient’s primary treatment could end up being used as a secondary or emergency drug.

The manufacturer has yet to set a price for countries with limited resources, such as Cuba, where having to spend more than 70 dollars a year per patient could make the medication inaccessible as a primary course of treatment.
Though UNAIDS reports that considerable “progress” has been made in the struggle against HIV, thanks to greater access to medications and a considerable decrease in product costs, dolutegravir demonstrates just how far we still have to go in this connection.

The work that the US direct action group Act Up (AIDS Coalition to Unleash Power) has been doing since 1987 is a clear example of a grassroots initiative aimed at intervening in such important matters as anti-retroviral treatment and the production of pharmaceuticals.

In addition to promoting scientific research and broadened medical attention for AIDS patients, Act Up secured legislation that was favorable to people living with HIV. To achieve this, they did not hesistate to approach the pharmaceutical company Burroughs Wellcome Co. and demand that it lower the price of AZT (then at 10 thousand dollars a year).

Act Up members also protested before the FDA, demanding more medications and shorter trial periods. They appeared on television to hold a public debate with officials of this State agency.

In this connection, they have called on all people who may be in possession of HIV medications they no longer need and could still prove useful to others to contribute whatever way they can, so that immigrants will not be forced to interrupt their treatment.

Many initiatives can be undertaken to bring pressure to bear on the pharmaceutical industry, contribute to the battle against AIDS and help less developed countries secure the sanitary aid they require.

5 thoughts on “Cuba and the Huge Battle Against AIDS”