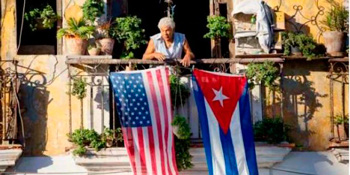 HAVANA TIMES — Granma, Cuba’s Communist Party daily, reported today (Jan. 16) on the publication in Washington of new measures affecting trade and travel relations between Cuba and the United States. The points the newspaper makes are sure to be raised in the upcoming talks between U.S. and Cuban officials beginning next Wednesday (Jan. 21) in Havana.

Because of its significance, Progreso Weekly has translated the article, titled “New U.S. Measures Regarding Cuba Will Take Effect: The Economic, Commercial and Financial Blockade Remains.” The translator’s clarifications appear [in brackets.]

Yesterday, Jan. 15, the United States government announced that, beginning today, the measures announced by President Barack Obama last Dec. 17, 2014, eliminating some of the restrictions on trade and travel by certain categories of U.S. citizens to Cuba, will come into effect.

A preliminary reading of the regulations issued by the Departments of the Treasury and Commerce indicates that these [measures] modify the application of some aspects of the blockade against Cuba.

Although the total ban on travel to Cuba is not suppressed, something that requires approval by Congress, some restrictions are eliminated for the travel of U.S. citizens and permanent residents in that country who qualify within the 12 authorized categories.

Among others, [Washington] eliminates the limits to the expenditures that travelers from the U.S. can make in Cuba and allows them to use credit and debit cards, and authorizes airlines and travel agencies to organize visits and hire the services of insurance companies.

However, no approval was given to U.S. Americans to travel to Cuba by sea.

On the other hand, one of the measures announced says that the limit on the [cash] remittances will increase from 500 dollars to 2,000 dollars per quarter.

Restrictions on exports from the United States to Cuba are maintained, especially those involving high-technology products, with the exception of limited sales of construction materials, agricultural equipment and tools that may be sold to private individuals, apparently through Cuban companies.

Still prohibited is the export of Cuban products to the U.S. market, except what a limited number that U.S. visitors may take back to their country, for a value not to exceed 400 dollars, of which 100 dollars may be in tobacco and rum.

Telecommunications were dealt with broadly in the regulations, corresponding to the U.S. policy objective of trying to increase its influence on Cuban society. On this basis, the info-communications sector is the only one authorized to make investments in infrastructure and sell services, software, devices and equipment — though not high-technology — to State enterprises.

On the other hand, U.S. American financial institutions are permitted to open accounts in Cuban banks for those transactions that are authorized by both countries. But there is no reciprocal treatment: our banks cannot do the same in the United States.

The regulations do not modify the strong current restrictions for maritime transportation although, beginning now, ships that carry food, medicine, medical equipment and materials for emergency situations to Cuba from third countries will not have to wait 180 days to dock on U.S. ports, as heretofore.

Core aspects of the policy of blockade that affects Cuba were not modified, among them the use of the dollar in our international financial transactions, the acquisition in other markets of equipment and technology that contain more than 10 percent of U.S. American components, the possibility to trade with subsidiaries of U.S. companies in third countries and the importation by the U.S. of merchandise that contains Cuban raw materials.

The measures announced constitute a step in the right direction, but there’s still a long road to travel to disassemble many other aspects of the economic, commercial and financial blockade through the use of the President’s executive prerogatives, and to enable the U.S. Congress to put an end to this policy once and for all.

41 thoughts on “Cuba: Obama’s moves are not enough”