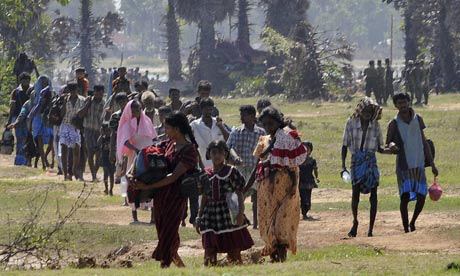 Pillay will ask the HRC to establish “an international inquiry mechanism to further investigate the alleged violations of international human rights and humanitarian law and monitor any domestic accountability processes.”

Since the United States and Britain are expected to introduce either amendments or another resolution calling upon a milder investigation to determine if Sri Lanka has violated Tamil’s basic human rights, Cuba is expected to back the Sinhalese-led government of Sri Lanka (GOSL).

The Cuban government has opposed other resolutions, in 2012 and 2013, implying criticisms of GOSL for possible war crimes conducted during the last months of the three decade-long civil war, which ended with its victory over the guerrilla organization Liberation Tigers of Tamil Eelam (LTTE), in May 2009.

Cuban ambassador to Sri Lanka, Indira Lopez Argüelles, told Sri Lanka’s Daily Mirror that “Cuba will remain with Sri Lanka…We are against any country-specific resolution.” She also promised to promote Sri Lanka “in its effort to forge ties with Latin America.”

The west, as well as many “third world” countries, has merely asked GOSL to enact its own report, Lessons Learned and Reconciliation Commission. Although the LLRC did not conclude that any war crimes or atrocities had been committed by government forces, Cuba has backed GOSL in rejecting any verbal “intervention”.

The Cuban government’s position is that criticisms against Sri Lanka for human rights abuse is just one more hypocritical interventionist attack by western forces, which themselves intervene in other countries often with wars, such as against Afghanistan Iraq, Libya, Vietnam…

The Rome-based Tribunal is an outgrowth of the original war crimes tribunal created during the war against Southeast Asia by Bertrand Russell and Jean Paul Sartre.

Its panel of 11 judges, experts in international law, peace and human rights organizers, also found that the US and UK were guilty of complicity for providing massive armaments and intelligence to the Sri Lanka.

In January 2010, a PPT panel of other international law experts found Sri Lanka guilty of committing war crimes and crimes against humanity. These are the same charges that a United Nations panel recommended be explored by an independent international investigation. Its “Report of the Secretary-General’s Panel of Experts on Accountability in Sri Lanka” was delivered to Secretary-General Ban Ki-moon on March 31, 2011.

Many PPT experts and supporters are friendly with the Cuban government and critical of the US blockade against it. Despite the PPT verdict, Cuba contends that the only reason why there is criticism of Sri Lanka is due to US/UK interventionism. Cuban officials say they believe that GOSL is not guilty of terrorism but rather it was only the Tamil people-backed LTTE who were terrorists.

However, its 2012 representatives at HRC stated that the west provided at least 40% of Sri Lankan armaments to defeat the popular LTTE. Although the US currently indicates that it is dissatisfied with the government, it recently donated $6 million for maritime patrol, and it approved a World Bank loan of $213 million. Britain licensed £5 million of military equipment and armament between 2009 and 2011.

The US and UK are Sri Lanka’s main importers. At the same time, GOSL offers economic concessions to China, which obtained an important commercial-navy port at Hambontota in exchange for immense military support. Every government wants influence in Sri Lanka due to its geographic importance. Half the seafaring traffic of goods sails by its location in the Indian Ocean, and the US is especially keen to maintain its strategic interests.

Professor Francis Boyle, a legal expert in International law and counsel to the Provisional Government of Palestinian Authority, told Tamil Net, on February 3:

“Remember that U.S. Secretary of State Kerry…when he was in the U.S. Senate as Chair of its Foreign Relations Committee issued that horrendous and abominable report arguing that the U.S. must promote its strategic interests with the GOSL against China despite its massive human rights violations against the Tamils.

“Kerry is more concerned about keeping the genocidal GOSL happy so that he can further pursue his ‘pivot’ against China than he is with promoting the basic human rights of the Eelam Tamils.”

In addition to western complicity with Sri Lanka’s war crimes against Tamils (see Channel 4 series “Sri Lanka’s Killing Fields”), the key western Middle East ally, Israel—widely accused of committing genocide against Palestinians—has also been a major supplier of war industry equipment, in order to subdue the Tamils. The same is true of Russia and Iran, as well as India and Pakistan.

Among civilian investigations into Sri Lanka’s atrocities against Tamils is a new study by the International Crimes Evidence Project (ICEP) based in Sydney, Australia. It just concluded that there is a legal case for war crimes charges against Sri Lanka. The ICEP also found that Sri Lankan government police and army may have deliberately and systematically destroyed mass graves containing the remains of thousands of men, women and children after the conflict. Recent construction diggings have disclosed cadavers of Tamils buried in mass graves.