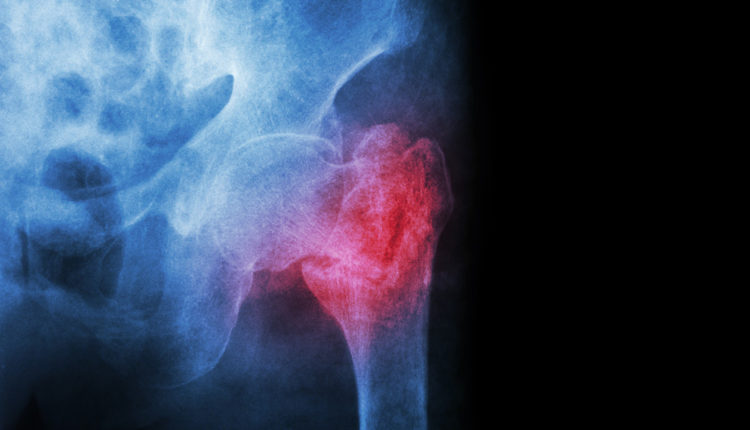 HAVANA TIMES – Four women arrived at the hospital emergency room in the span of a half hour on a recent Sunday. They had all suffered a sudden break of the upper part of the femur, more commonly known as a hip fracture. None had had a severe accident, but the gradual bone deterioration due to age.

One accepted the tragedy with the will not to let it defeat her, again, in the face of what for her was her “second stage.” The others exacerbated the situation believing that they would never walk again, or at a loss for words, submerged themselves in the sad silence of the unknown.

Four consecutive surgeries were performed that day in a single afternoon that lasted into the night. They seemed like too much for Dr. Roberto’s team. He would later confess that it was neither the first time, nor was this the time he had performed the greatest number of this same surgery: repairing damage to the longest bone in the human body. His words, and what he faced that day, made clear how these hip fractures, due to osteoporosis, are just another sign of Cuba’s aging demographics.

If it breaks, can it be fixed?

According to official statistics, there are older adults in at least four out of every 10 Cuban households, and in one-third of them there may be two or three individuals 60 years of age or older. What happens when one of them loses their mobility and independence when suffering one of these fractures?

It is not an isolated situation but an expanding phenomenon. Specialists have noted an increase at the national level of these breaks resulting from bone deterioration beginning at the start of the decade. “When I started working at the Frank País Hospital we saw about 500 to 600 hip fractures annually, now there are around 13,000 a year and increasing,” said Professor Rodrigo Álvarez Cambras, president of the Cuban Society of Orthopedics and Traumatology.

In the absence of research systematizing the magnitude of the issue at the national level, several studies carried out in the three main regions of the country, including the capital city of Havana, make it possible to establish patterns. Some, for example, predict that in Cuba one in three women and one in nine men over 80 will suffer a hip fracture due to osteoporosis; an analysis of patients operated on for hip fracture recently at the Dr. Ernesto Guevara General Hospital de la Serna in Las Tunas indicated that these injuries predominate among female patients and that emergency surgery was the most commonly used remedy in more than half of the cases.

Hip fractures, they emphasized, is a current and future challenge for the Cuban healthcare system because it is a risky clinical procedure with a high medical-care demand. They also pointed out that it is relevant for its implications in the social and family sphere, its frequency, and especially because of the high economic repercussions.

“The problem of the elderly when facing a hip fracture,” they insisted, “lies not only in the decision to operate as quickly as possible, but in the care that their relatives are able to provide afterwards, as well as the concern, responsibility and interest shown by each family member.”

“Many times,” they insisted, “we witnessed how a patient’s successful surgery later unraveled because there was no one in the house to move the patient from the bed, or simply because no one took the time to do it. Inevitably that lead to the complications created by the bed stay.” The study concluded that “the percentage of deaths was much higher in patients with families that did not participate in the recovery than in participatory families, demonstrating the determining role of the family environment in the evolution and prognosis of these patients.”

The growth of this condition is also expressed in the cash register, as public funds destined to deal with the matter have been increased.

A of University of Havana Medical School team that analyzed the costs of surgical treatment for hip fractures indicated that they quadrupled with respect to the year 1984. After consulting sources at the Medical Supplies Company (ENSUME), as well as specialists in Orthopedics and Trauma, they estimated that the average cost of a hip surgery is currently around $293 (USD) or 7,325 Cuban pesos (CUP). Those figures take into account a minimum hospital stay of 24 hours, the basic supply of medications, and basic exams without complications.

Colleagues from the province of Cienfuegos, who conducted a 10 year study of the cost of managing diseases and patients in Cuba’s hospitals, said that they invoice on average a total of 11.8 million Cuban pesos annually to meet the costs of hip fractures. These expenditures were only surpassed by those performed to treat pneumonias, cerebral infarctions and spontaneous births.

However, neither study included “indirect costs such as transportation, as well as the need for people who care for the patient, who in many cases must give up their work and therefore are economically affected.” So, the studies are significant, but narrowest projection of a situation that cannot be solved solely by the market.

In Ofertas, the state-sponsored advertising website for classified ads, you find many seeking caregivers for the elderly. Obviously not all seek the care of a totally or partially immobile older adult due to a hip fracture, but taking into account the prevalence of that pathology, one cannot rule them out. Caregivers’ rates, for work that is certainly demanding and exhausting, always exceeds 100 convertible pesos monthly, which raises a red flag for families that cannot afford it.

The public health system has faced the growth of osteoporosis hip fractures with a strategic action plan for the prevention of its main causes, as well as the hospital services for ortho-geriatric emergencies; the decentralization of multidisciplinary consultations; and, as importantly, a system of patient rehabilitation at home.

Dr. Alberto Fernández Seco, head of the Department of Older Adults, Social Assistance and Mental Health of the Ministry of Public Health, warned of the need for the system as a whole to evolve as cases already exceed it. “Both geriatric services in the country and the number of residents in this specialty have increased, which is a great strength. However, the biggest challenge we all have, not just the health sector, is the issue of care,” he said.

Therefore, the written law that expects for one to not abandon their elders, based on Cuban moral values, suddenly acquires very practical connotations. It makes it necessary to move from the rhetoric to concrete facts. It is why we must pray for the family environment, and not forget the institutional one.

2 thoughts on “Cuba with Increased Hip fractures: Sign of an Aging Population”