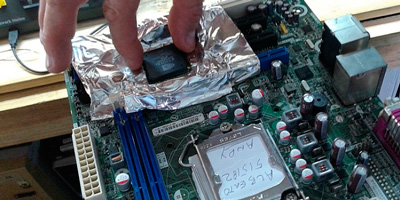 HAVANA TIMES — While hundreds of new non-agricultural cooperatives struggle to get started or sustain themselves, a growing group of private workers are partnering on a voluntary basis and operating as de-facto cooperatives ‘without papers.’

To them, bridled stallions, the ‘birth certificate’ that makes them cooperatives is not just another bit of red tape but also the only way to organize the business model properly.

Proposals to create cooperative enterprises in sectors such as construction, fishing, advertising and computer services have been approved by the provincial governments but are awaiting a final decision from the Council of Ministers.

“We function de facto like a cooperative, because the decisions are made and debated among ourselves, but, until we receive an authorization, we are self-employed entrepreneurs,” explains Enrique Steven Lagar, future president of INCO, a construction initiative that has been after a permit since early 2013.

“After we studied the legislation, we submitted our project,” says Ernesto Flores Castillo, would-be manager of TISOFT, a group of communications and electronics engineers. The firm applied for a permit in June 2013; after one year without a response, it received an advisory that “the rules are still being studied” to enact that modality in the second half of 2014.

The Cuban government responds to requests for speedy approval by reminding applicants that this is an “experimental” process. According to President Raúl Castro, “we have to analyze, not act as if what was designed is impeccable […] We cannot hurry in the constant approval of these cooperatives. We shall go at a suitable pace.”

But while the pace remains cautious, the state’s coffers fail to receive more revenue, in the form of taxes these associations — currently self-limited in their production — could pay.

“If we secured contracts for 1 million pesos in a year, which is very possible, we could pay 345,000 pesos (about $17,000 USD) in taxes,” says Steven. While Steven can show a list of the projects he has completed, he bewails the larger number of projects he has failed to do because his cooperative hasn’t been approved.

The calculations are based on a study of the differences between the tax rates for private workers and cooperatives, which motivate the former to stop at a specific income plateau. Earning more money means paying higher taxes — a risky proposition for self-employed workers.

According to the tax laws, independent workers can claim 30-to-50 percent of their annual income as expenditures in order to calculate a “taxable base” that takes half of the earnings above 50,000 pesos reported. On the other hand, cooperatives can deduct 100 percent of their expenditures and pay 5 percent less in taxes on “revenues” (profit) throughout the graduated scale.

In the living room of a private home in the city of Cienfuegos, negotiations are made for the printing of labels on pullovers, cars and signs by REDIS, a “cooperative in the making.” A similar firm, already authorized by the government, operates in Varadero.

“With the legal status afforded by this category [as a cooperative], I can reach more clients, even those who today won’t even allow me into their offices because ‘they have nothing to say’ to independent entrepreneurs,” says Raydel Argudín, the organizer of REDIS.

That legal backing is one of the principal goals of these entrepreneurs, because in their present state they encounter constant resistance from functionaries who interpret the laws at their own discretion.

“Now it turns out that, in order to repair computer equipment, the Agriculture companies, for example, must have a document certifying the inability of a state-run supplier to do that job. COPEXTEL (the government’s monopoly on computer service) won’t issue that document even if reality shows that it cannot take on many repair jobs,” says the TISOFT representative.

“That’s not legislated anywhere,” he adds with conviction. And he is right.

“To obtain the merchandise, we have to become magicians because much of the raw materials are sold to us by the state-run company that offers the same services that we do and, because we are its competitors in some provinces, they deny us the opportunity to buy,” complains Argudín.

For that reason, Flores Castillo, the computer specialist, prefers to avoid comparisons or references to his group as a “competitor to the state-run businesses,” even though — in reality — it is.

“I’d rather say that we are their complement, because we take on the small jobs that a state-run business doesn’t consider profitable or attractive. Would a company that bills millions of pesos be interested in repairing three photocopiers of different makes that broke down several years ago? Of course not! But we are, because little by little we build up our revenue,” Flores explains.

After the state took over all private property in 1968, independent efforts were stymied until permits were issued during the height of the economic crisis of the 1990s, given out as a “lesser evil.” With the reforms being carried out by Raul Castro, this perspective changed despite there still being ghosts of the past.

The experience of a young computer engineer working in a Transport Ministry company shows how deeply rooted resistance can be.

“In the office, we have a multifunctional printer that needs only the replacement of an internal device that was fried by a voltage surge. We also have two laser printers that are inoperative because there are no ink cartridges available to replace the empty ones. I found an independent worker who could solve both problems, but my company manager flat out refused to call him,” she says.

“No, no. Computer repairs? That’s a major pain … let’s leave it as is,” her boss told her. “What do you need? Printers? We’ll make out a purchase order and that’ll settle it.”

“It’s worrisome that it is easier to buy new equipment than to pay a lot less for a repair job,” the woman says.

The woman’s husband, also a computer specialist, had a different experience.

When computers essential for production broke down at the Cienfuegos branch of the Cuban Bread Company, its director didn’t wait for “guidance from Havana” because none was available. He went through the tortuous task of applying for authorization, asked for a special permit for that one occasion, and was allowed to hire a private contractor to repair the computer’s motherboard.

“In the end, we fretted over nothing, because the private repairman solved what no state-run company in the region could solve. And with a lot more efficiency, quality, and even a warranty!” the young engineer said.

That excess of precaution, frequently seen in business, goes against the policy declared publicly by the vice president of the Council of Ministers, Marino Murillo, who is in charge of leading the country’s economic “updating.”

“What’s always questionable — no matter who gets paid — is the irrationality of the disbursement, not the use by persons with non-state formulas,” Murillo told the Cuban parliament.

The difficulty for these and other groups in gaining legal recognition as cooperatives could be the resistance and fear to grant self-employed labor greater importance in the economy as a whole.

The new balances and possible linkups between the various forms of management and ownership are, among others, major challenges facing the economic reforms in Cuba. But pronouncements are one thing, reality is another. The authorities don’t seem in a hurry to loosen some of their reins.

9 thoughts on “Cuba’s Cooperatives “Without Papers””