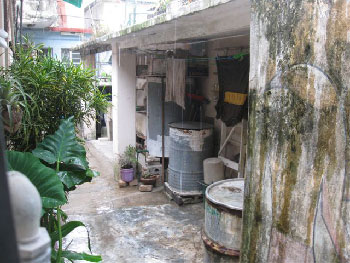 HAVANA TIMES — One of my neighbors is a fan of horror flicks (and doesn’t really like or watch any other kinds of films). She is married to a man who works in construction, the father of her three and seven-year-old girls. She lives so close to my apartment that, when she yells at her kids, I can hear everything she says clearly, as though she were inside my room.

Whenever she argues with her husband, the slightest bit of mischief by one of her daughters can set off some real fireworks in her house. Ultimately, she is venting her anger on innocent children. To date, I have never seen her lay a finger on them, but this type of verbal violence is also questionable when it comes to raising small ones.

What she says when she yells is more or less this: “I break my back every day so you’ll have the things you want, and how do you repay me? Leaving toys lying around the house, misbehaving, not wanting to eat your food, dirtying clothes. Well, that’s not gonna happen. You’ll have to earn what I give you. I’m going to ground you. You can’t play with your friends next door today.”

“If so-and-so comes today, I’m going to say you’re both grounded. You can’t go out and play until you learn to respect me. I don’t know what to do. What have I done wrong? I try to give you everything you want and there’s no way to get you to behave.”

One day, one of the little girls said she had seen a little boy who was very nice-looking. It so happened that the mother had been listening in on the conversation. She went off the handle.

She began yelling: “I won’t have sluts in this house. If that’s how you are now you won’t be able to restrain yourselves when you’re older, and I can’t stand sluts. Plus, no man’s worth anything. The only thing they think about is cheating on you. They should all be hanged by the balls.”

Children are intelligent and creative, but it will be hard to grow up in a harmonious environment, an environment where they feel they can rely on their parents’ support (if they continue to live together), surrounded by such violence. 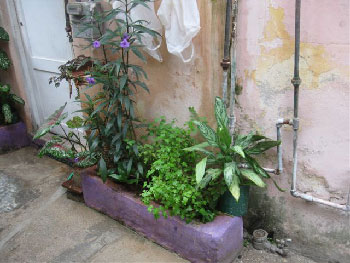 Sometimes, the girls’ grandmother comes to visit, and, when the yelling begins, she tries to defend her granddaughters, telling her daughter to tone down the things she says, that she didn’t teach her to raise children that way.

The grandmother is a very affable and charming person (she is very sweet and affectionate when she talks to me, at least). She doesn’t strike you as the kind of person who could have raised my ill-tempered neighbor.

I sometimes converse with the grandmother, more so than I don’t do with anyone in my block. She tells me of her health problems, that she is undergoing treatment for high blood pressure and that coming to see her family is very tiring for her.

I am almost never in the mood to hear people’s problems, but I realize that, sometimes, people need to get things off their chest. So I lend the old woman an ear, knowing it will make her feel better to talk to me. She tells me it pains her not to be able to control the anger her daughter vents on her granddaughters and that she doesn’t understand what prompts it.

I’ve also been in situations in which I am unable to contain my anger and can’t help but yell. Sometimes, I feel it is a kind of reaction to the scolding I got as a kid, an impulse which I try to keep locked inside me with all my strength. It is the worst part of me.

This is why I always try to communicate with children sincerely, so that they will not suffer what I did. Children deserve a future that is better than the past we had, and we have to teach them to become loving people. We have to treat them as our equals, without believing we are superior.

Children can teach us many things. Like Jose Marti, to me the greatest Cuban who has ever lived, once wrote: “Children are the ones who know how to love, this is what I’ve discovered with my four nephews. The eldest, heavily influenced by my father’s infinite character, and the two younger ones – I don’t know how I manage to live without them, for they are like an open book waiting for me at all hours.”