HAVANA TIMES — A few days ago, we outlined the goals that Cuba has traced for different individual sports disciplines for the Toronto Pan-American Games, set to take place from July 10 to 26. We now take a look at the country’s most important participating team sports:

BASEBALL: Like always, Cuba aims to come in first in baseball – in this case, to recover the title of regional champion. That said, this is perhaps the weakest team Cuba has put together in recent decades, and this because, in addition to the many talents that have left the country in recent years, more and more players have been absent from the sport over the past few months.

The most well-rounded talent, Yulieski Gourriel, decided not to go to Toronto for personal reasons, the most promising pitcher, Norge Luis Ruiz, left the country before the team was formally assembled and, during the exhibition games with the United States, a few days before the continental competition, Luis Yander La O and Yadiel Hernandez (who were supposedly the backbone of this disemboweled squadron) abandoned the team in the US.

Cuba will have played in 11 exhibition games before the competition, against the Nicaraguan selection, the United States’ university team and the squads from Canada and the United States set to compete at the Pan-American games. To come out victorious in Toronto, however, it will have to overcome the main defects detected by the team manager Roger Machado (lack of competitive experience and speed), who takes the helm of Team Cuba for the first time at this demanding tournament. 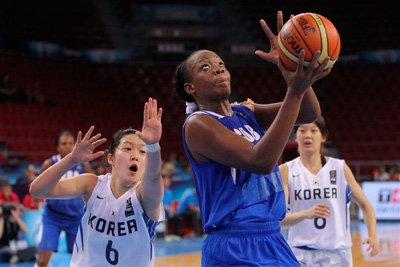 BASKETBALL: “We want to be among the top three and we won’t give up on this goal. But it’ll be difficult to obtain a medal,” national basketball commissioner Jose Ramirez said. For him, the “most realistic” thing would be to aim for the bronze in women’s basketball.

The aspirations of the male team are far more modest: if they managed to get to the semi-finals, this would be considered a tremendous achievement, because the United States, Puerto Rico, the Dominican Republic, Mexico, Brazil and Argentina are clearly superior teams.

HANDBALL: The goal is to be among the medalists is the aspiration of the women’s and men’s teams. Raimel Reyes, national handball coach, declared that the women’s team is preparing to secure a ticket for the 2016 Rio de Janeiro Olympics, which will require getting to the finals against Brazil, the current world champion. As it is the host country, Brazil has already secured its participation, but, should something unexpected take place with the Brazilians being eliminated along the way in Toronto, the Cuban women’s team would then have to win the title in order to make the Olympics.

With respect to the male team, Reyes said that they must continue to mature and gain in competitive experience, but that they nevertheless will aim for a bronze (Brazil and Argentina being at a higher level than their opponents). In addition to Argentina and Brazil, other teams from the region have also shown better progress than Cuba has. Chile is a case in point.

VOLLEYBALL: Cuba’s teams in this discipline have a complicated task ahead of them, as their performance has declined considerably in recent years owing to the constant loss of talents and the resulting need to replenish the squadrons. Neither the men nor the women have been able to recover the leading positions they once held in the Pan-American Games. Thus, any prize would be a considerable achievement for either team.

The United States, Brazil, Peru, Dominican Republic and Puerto Rico should be the greatest challenges faced by the women’s team, while the male team will also have to deal with Canada and Argentina.

HOCKEY: To convey a good impression at every match and secure a place among the top four of both genders will be Cuba’s goal for field hockey, says the national commissioner for the discipline.

WATER POLO: There aren’t many prospects here either, because North America has world-class teams. Cuba’s best hope, thus, is for the women’s team to secure a place at the podium. Neither team has had any real competitive practice, save at last year’s Central American Games, which is a significant obstacle to any aspiration.

For the Central American Games held in Veracruz last year, high authorities at the Cuban Sports Institute (INDER) did not make any predictions in terms of gold medals, though they were always aiming for them, and this will be more or less the attitude vis-à-vis Toronto this year. 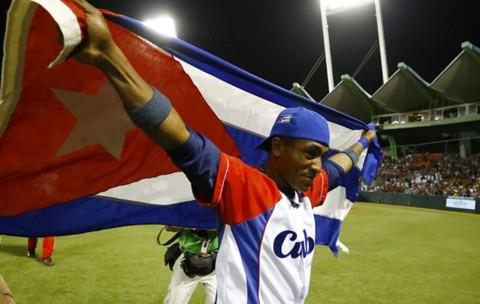 The director of the institute, Antonio Becali, almost assured us that Cuba could secure the same number of gold medals (59) obtained in Guadalajara in 2011. That said, he did ratify that Cuba would come in second in terms of medals. “In Veracruz (At the Central American Games), the strategy traced beforehand was met almost one hundred percent in terms of effectiveness. We’d predicted we’d win 124 gold medals and actually won one less. We’re doing the same thing for Toronto,” the high sports authority declared.

Becali explained that, since we still don’t officially know which US athletics and swimming teams will compete, an exact estimation cannot be offered at this time, as these are the disciplines were the most medals are won. The quality of Brazil’s swimming team will also be a factor to bear in mind for these predictions. Apparently, this team will not include Brazil’s best swimmers, and the medals could go to Canada, the other rival set on leave Cuba battling for second place, along with Brazil and Mexico.

Becali was also cautious in his remarks about the venue. When the games were held in Winnipeg in 1999, the Cuban delegation left with a bad taste in its mouth, given the hostile atmosphere at the stadium, the constant invitations to desert and even modifications to the sports program.

Cuba will participate in 31 of the 36 sports disciplines, competing for medals in 232 of the 365 medal competitions in the event (more than 100 less than the total). Unofficial predictions for golds are somewhere between 45 and 50.

To secure these many first places, Cuba’s strong sports – athletics, boxing, wrestling, weight-lifting and Judo-, should earn the island around 40 golds.