HAVANA TIMES, Dec 31 — In Cuba, the trend toward vegetarian diets is becoming more popular. Though it has been fueled by the mass media and health food advocates, it still hasn’t been easy to motivate most people in this regard.

Cuban dining culture has historically been sustained by the consumption of meat, fish and carbohydrates (with this latter having been the basis of the diet since the advent of the Special Period crisis starting the early 1990s).

Likewise, the inconsistent availability of vegetables and their high prices in state-run markets have dissuaded many from vegetarianism.

We should remember that barely ten years ago the vegetarian rage broke out in Cuba as vegetarian restaurants sprouted up in cities and towns on the island. Nonetheless, it proved to be impossible to sustain these establishments, with their homeopathic plates and naturopathic dishes of solely fruits, grains and vegetables.

Their menus begin to see green vegetables replaced by portions of chicken and anything else that had nothing to do with vegetarianism.

There are, however, some individuals — because of the positions of leadership they occupy — who can enjoy the luxury of vegetable-based diet therapies (even rather exotic ones). An incident which I witnessed a good while ago allows me to testify to that fact.

As part of a series of lectures and debates that I had to attend, the main guest was a senior government official in a major ministry.

The confirmation of her visit created a major uproar, not only because of the prestige of this scientist, but also because my co-workers were responsible for seeing to her meal for that evening. As this was to consist solely of vegetables, they would have to go around from place to place looking for the most appetizing vegetables. In fact they enquired as to what were his preferences.

But they were left with their jaws hanging wide open when they got the response saying: “Anything, provided it’s fresh. Oh, but not broccoli – it gives her stomach acid!”

Needless to say, broccoli is not grown in Cuba; it is a native of Europe, where it’s consumed in all its varieties. Here it can only be found as an imported product that is sold in markets that specialize in products sold in hard currency, making it almost unattainable and unknown to most Cubans.

In fact, if you asked about it, a good number of people wouldn’t know what you were talking about.

To the ordinary Cuban, that space on their plate is reserved for lettuce, spinach, watercress and cabbage. Extravagant vegetables like broccoli, asparagus and mushrooms are only available to those in high positions, those who are able to enjoy the pleasure of choosing in the middle of the vegetable rage.

Calypso Mama – Song of the Day

Happy to Graduate – Photo of the Day

The “Exiles” Campaign: Scars of the Nicaraguan Crisis 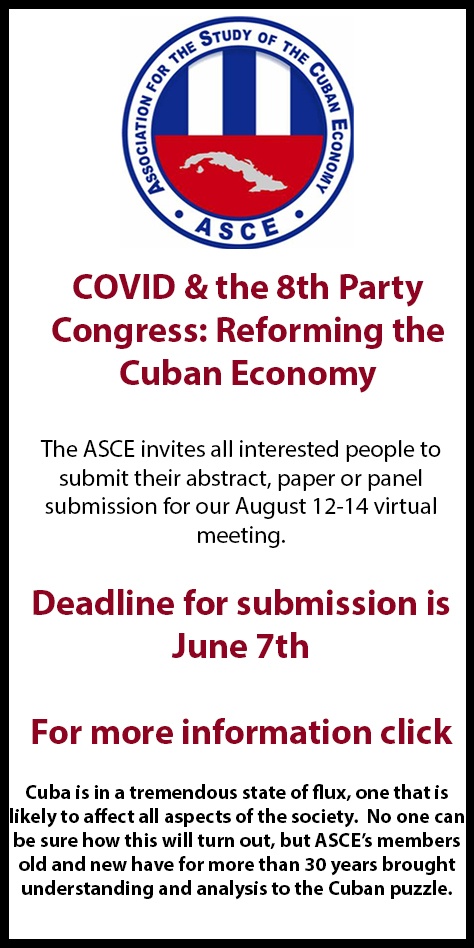