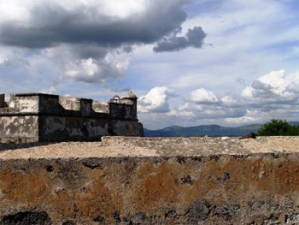 HAVANA TIMES, Jan 19 — Out in eastern Cuba, in the city of Santiago de Cuba, there’s a monumental and legendary castle known by everyone as “El Morro,” but its real name is the “Castillo de San Pedro de la Roca.” It was a fortress military that was built in 1638.

Back then, the growing boom in privateering and piracy in the Caribbean forced Philip II to fortify his colonies to defend them from foreign attacks.

After the discovery of the Americas, the nations that sought to break the supposed rights of Spain and Portugal over the so-called East and West Indies launched themselves against these pirates and smugglers, generating a constant state of irregular warfare that was outside the bounds of any laws. 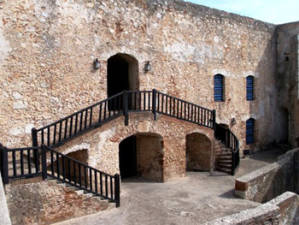 As such, the El Morro fortress served as the stage for defensive battles against marauding attacks, which is where it got its current name: “The Museum of Piracy.”

Once that epoch was over, after the late seventeenth century, the Morro Castle of Santiago served as a prison where military personnel and high-ranking civilians were taken when charged with disobedience or disruptiveness.

The developments achieved by the arms industry in the nineteenth century forced changes in the construction techniques of fortresses, thus making the Castillo del Morro fortress obsolete. It became an auxiliary bastion that functioned as a secondary battery and a jail for many years.

During our War of Independence, the fortress played an important role as prison for our patriots, who were held in its dungeons, and countless others who fought for full independence from Spanish rule. Imprisoned here were senior generals of the war, such as Flor Crombet and Guillermon Moncada, in addition to other contributors to the cause like Don Emilio Bacardi Moreau. 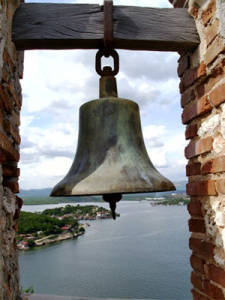 The highest concentration of prisoners in the castle occurred during the “Little War” (in the period between the Ten Years War and 1895). With the Amnesty Law of November 1897, all of the prisoners in the fortress were released.

In the Spanish-Cuban-American War, during the 1898 American naval blockade of the city of Santiago de Cuba, the prison-fortress served those same functions.

Today this imposing fortress exhibits in its interior rooms and its exterior areas authentic objects of the wars against pirates, the anti-colonial struggles and the period of struggle for independence from US intervention. Its chapel maintains the original wooden crucifix of the sixteenth century, while its armory rooms are equipped with copies of war artifacts.

Close to this impressive fort, given its location at the entrance of Santiago Bay, a lighthouse has served and continues to serve to guide ships.

On one side of the fortress, a pleasant tavern decorated in the colonial style greets visitors to the complex who want to relax from their travels and enjoy a delicious meal. Not by chance, this was one of the two sites — along with the Santiago’s Casa de la Trova — that Paul McCartney wanted to visit during his short stay in the city in 2000.