HAVANA TIMES – I met Felicia walking down Central Havana’s streets, one morning. The books on display on a wall in a doorway on Carlos III street caught my attention. I had been looking for Leonardo Padura’s “El hombre que amaba los perros” for a while now, and Felicia had it in her collection. I bought the book and we spoke for a while.

Before leaving, I asked her if I could make a portrait of her and she insisted on giving me another book by the same author. I began going to her place of work and home quite regularly, over the following weeks. She had something in her that excited me, and I wanted to hear her story.

Felicia is 71 years old and was born in Las Tunas. Her father was Jamaican and owned a great deal of land, which he handed over to the State once the Revolution triumphed. Felicia remembers that her and her siblings would take thermoses of coffee their mother would make, to the rebel camps, which were hidden on the mountain behind their home.

She worked in agriculture up until she was 48 years old. She lived alone with her son in a concrete home that the State gave them in the outskirts of the city, next to a dam. She was responsible for taking care of the area and supplying farmers with water. She remembers that time as a period of great solitude and hard work.

The nearest settlement was 4 kms away. They didn’t have running water or electricity at home. They would take turns keeping a look out at night, so that nobody would come and steal the animals they had managed to get. But one day, she woke up and all of her sheep had been stolen.

Devastated, Felicia decided to leave her life in the countryside behind and go to Havana and try her luck. Already 48, she bid farewell to her children and told them that if she didn’t find work and a place to stay, she would sleep in the streets, but she wouldn’t come back empty-handed. She was determined to change her destiny. She normally goes back to where she used to live at the end of every year, but she suffers immense pain in her body constantly. The memory of the machete in her right hand.

While walking down the street looking for work, Felicia ran into a man who was carrying a bag full of dirty clothes. She stopped him and offered to wash and iron his belongings. A few days later, she gave him his clothes back all sewn up and clean. The man wanted to pay her, but she didn’t let him. In exchange for the favor, he invited her to see a play and that was the first time Felicia went to the theater.

Orlando was 15 years her senior, and he had been a History professor at university. He was sick at the time. Felicia began to look after him, and he offered for her to stay in his home, where he lived alone. They got married so that she could have a residency permit to legally stay in Havana and they’ve been living together ever since, even though they sleep in separate rooms.

Every morning, they walk the four blocks that separate their house from the book stand she has on Carlos III. She rents the 1m x 2m space from the State for 640 pesos per month. Plus, they pay another 600 pesos for the license to sell books. The place is so small that only one person can go in at a time.

Los Sitios (the neighborhood they live in) was in lockdown for two months, and they were unable to work during that time, so it became hard for them to pay the rent. They have racked up debt that they still haven’t been able to pay off.

The second time I went to see her, the shelves I’d seen propped up against the wall outside, had disappeared. The police had banned her from putting her merchandise on the street and wanted to fine her an exorbitant amount. Felicia begged them and managed to get it down to 100 pesos. Right now, with sales dropping because of the crisis and zero tourism, paying a 2000 peso fine would be a serious blow for somebody like Felicia. “People don’t have money to buy books,” she says resigned.

As we talk, a young woman comes and asks for Marx’s “Capital”. She’d been asked at university to get a copy so they could study it. Felicia looks for the three volumes and gives them to her. Happy with her sale for the day, she closes the book she is reading and begins to pack up to get home and prepare lunch. She still remembers the first book she ever read, a little book about Che that she says changed her life. 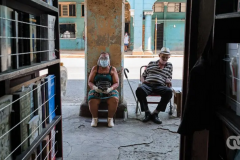 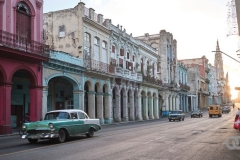 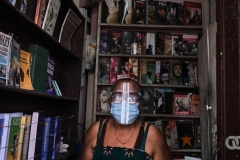 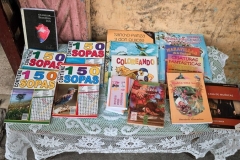 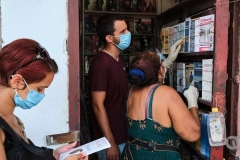 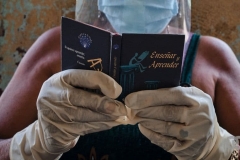 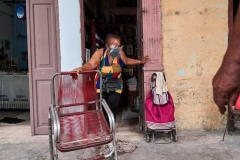 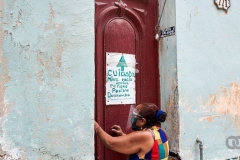 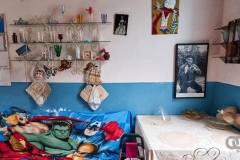 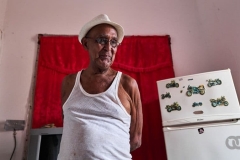 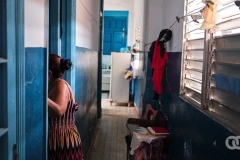 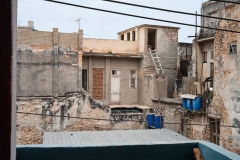 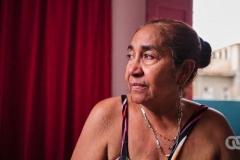 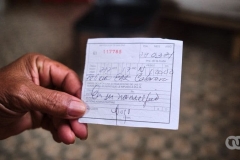 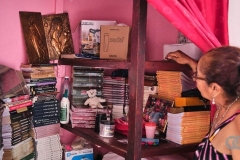 2 thoughts on “Felicia and Her Havana Bookstall”

Sexteto Tabala – Song of the Day

Figure on the other side, Havana, Cuba – Photo of the Day

COVID-19 in Cuba: Strange Things in the “New Normal”