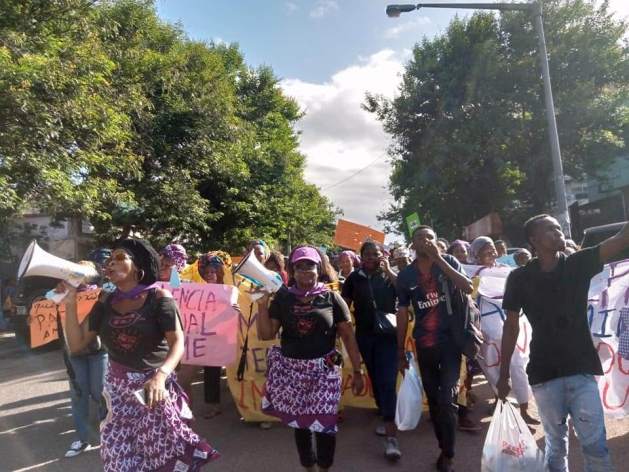 HAVANA TIMES – In November 2019, thousands of Chileans took to the streets to perform an anti-rape, anti-femicide choreography organized by a small feminist collective called Las Tesis. The group created the choreographed chant in response to an upswing in violence against women and human rights violations in Chile, where 42 cases of sexual abuse are reportedto the police each day, with only around 25% resulting in judicial rulings.

It is a violence faced by women, trans and non-binary people all over the world. And it often results in complex, inconvenient, expensive and exhausting circumnavigations – or avoidance – of public space, even when the reality is that gender-based violence is just as likely to be committed in private as it is in public.

So when, months after the first Chilean feminist flash mobs, women from Nairobi to Karachi, Maputo to Istanbul and beyond, continue to creatively reclaim their own streets with local grievances and demands, they are collectively rewriting the global map. This rewriting is an example of a Feminist Reality – a way in which feminists take action to create, and re-create spaces and communities to be more equitable and just

Roaring together in the face of police brutality and complicity

“The patriarchal behavior is deep in our society and no one is doing anything,” says Nzira De Deus from Mozambique’s Fórum Mulher, the network of women’s rights and gender equality organizations that organized Chilean-inspired feminist flashmobs in the cities of Maputo and Beira.

“What we are doing with that song is denouncing the impunity we see in our community. We know who the rapist is but the police is doing nothing, and is in complicity with that situation. We need to continue to spread this kind of campaign, adapting an African version, denouncing not just in words, but also with this kind of thing.”

Coming together to address police impunity was also a powerful experience for Hum Aurtein, a group of womxn and non-binary people who advocate for gender justice who performed the choreography in Karachi.

“It was electric as we yelled “Yeh police, Yeh nizam, Yeh jagirdar, Yeh sarkar [This police, this system, these feudal land-owners, this government]” as men in a police van watched on and we pointed at them. So there was a sense of collective reclamation,” recalls Atiya Abbas, Hum Aurtein organizer.

In Nairobi, members of Maisha Girls’ Safe House decided to take the choreography to three locations in Nairobi where rape and other sexual violations are rampant, in slum areas and around local administration offices. The performance allowed girls and young women survivors of sexual violence to directly confront perpetrators, including agents of law enforcement.

“We did it in our small way and the impact it left was amazing,” says Florence Keah from Maisha Girls’ Safe House. “I can walk in the community and l hear the young children (some of whom were conceived from rape) chanting “And the rapist is you!”‘

“We hope the message to the police reached home.”

Meanwhile in Istanbul, several hundred women who gathered to perform the choreography were tear gassed, dispersed and arrested by riot police for insulting state institutions. But a week later, eight Turkish women MPs used their parliamentary immunity to perform the chant in Turkish parliament, while colleagues held up some 20 pictures of the faces of women said to be killed in domestic violence. 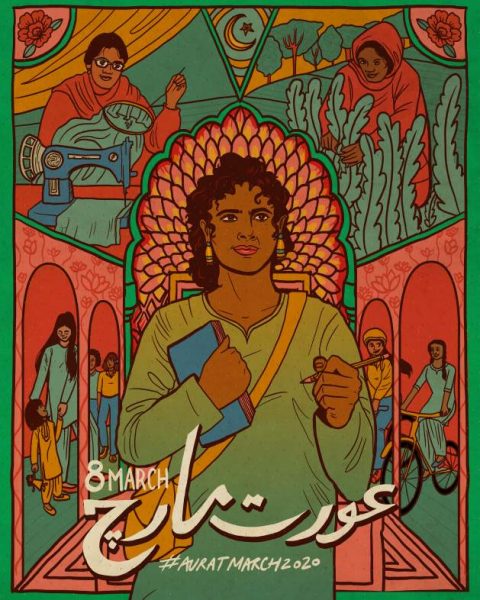 Creating and harnessing the power of new feminist words

If there is one thing the global Las Tesis-inspired tsunami has shown, it’s that feminists are infinitely collaborative, creative, and keenly aware of their specific contexts and needs.

In Karachi, Hum Aurtein added a stanza to their chant about class, religion and labour to speak to forced conversions, honour killings and labour-based discrimination and harassment faced by women in Pakistan.

In Mozambique, Fórum Mulher changed the line “It’s the judges!” to “It’s the MPs!” to reflect their discontent with the ongoing impunity of the MP accused of raping a child. Beirut organizers adapted the chant to Arabic, adding new content around media responsibility and sexual harassment, while maintaining the rhyme. One Beirut organizer described participants as “full of rage”, saying, “They will translate it in every way possible, and the flash mob came out as a beautiful means to do so.”

In other instances, feminists have had to adopt entirely new language to adequately express specific gender injustices.

“The word for rape in Urdu is “ismatdari,”” says Abbas, “which links rape to a woman’s honour. That is not what the violence of rape is. Rape happens because rapists commit these acts of dominance and terror – and not for any other reason.”

To shift this mis-association, Hum Aurtein organizers added new lines to their chant, saying, “Hear this, it is rape [adopting the English word]! Not “female honour”!”

“Language is power, and language is responsibility,” reflects Abbas. “One can hope the reproduction of knowledge through language continues to be feminist in its approach and that a generation from now, our efforts to do that will realize meaningful change.”

Indeed, future humans may reap benefit from the courage, creativity and collaboration of today’s global feminists, but the volcanoes have been simmering for generations. Feminists all over the planet are linking with one another, shedding fear and finding untold strength and collective intelligence in community. The new map is already here, and its seismic energy is palpable.
—–