HAVANA TIMES – As for the need to make and provide art, it is demonstrated that when the professional or amateur artist puts enough effort and love into what they do, the receiver will be satisfied. No matter what resources you have, time or space, just winning the public is enough, and the best, the final applause.

This daring percussionist hadn’t been seen for a long time. Now he reappears in the same way as years ago. His performances are always like that, on any corner or neighborhood, as far as he goes by his own means, regardless of the distance to travel.  Guantanamo residents know him well.

He doesn’t have the ideal equipment for his music, although he also sings. Everything is improvised: the maracas, the paint cans that work as drums, a pressure cooker lid for other sounds, and as a new addition, a nice dancer who dares to call herself, the second Hayla de Cuba.

Today I enjoyed their show on the pedestrian boulevard of the city of Guantanamo, in front of the Casa de la Trova, perhaps to enter among the greats. Suddenly people approached them, took photos and videos, just look for them on social networks. Actually, everyone who was there had a good time next to the duo who also have a name: Los Aventureros (The Adventurers). 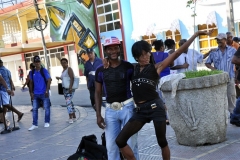 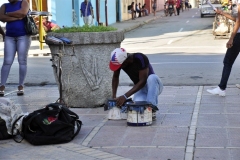 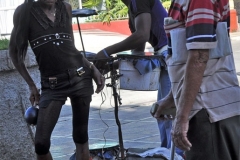 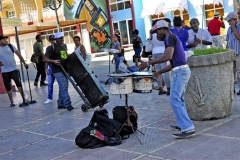 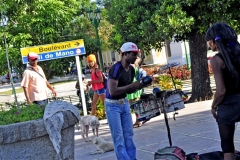 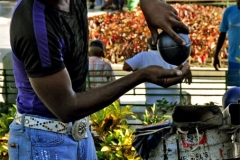 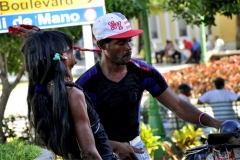 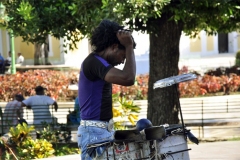 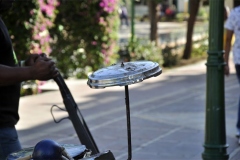 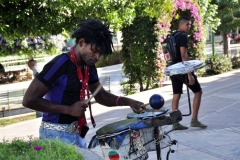 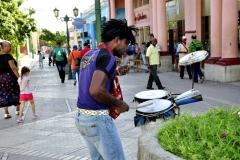 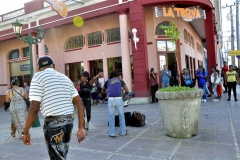 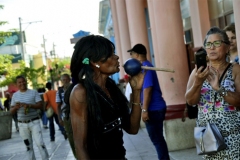 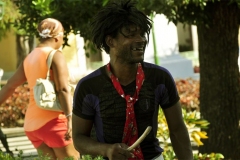 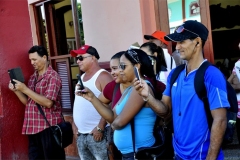 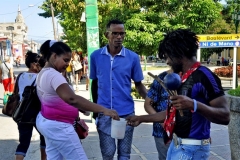 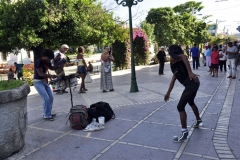 One thought on “Good Street Music in Guantanamo with The Adventurers”