HAVANA TIMES – Grass in Cuban parks is taking a trampling from Internet users of the pay-for Wi-Fi service. New paths open and there are an abundance of vendors and different businesses. Social media users are taking over parks as their platform and are joining modern times, driving away their frequent visitors: the elderly, children, birds and dogs.

Paper, soft drink and beer bottles cover the surrounding greenery. Internet users spread out in search for some shade. During peak times, they share benches and tree roots, which sometimes serve as a place to sit. There is a general ruckus. 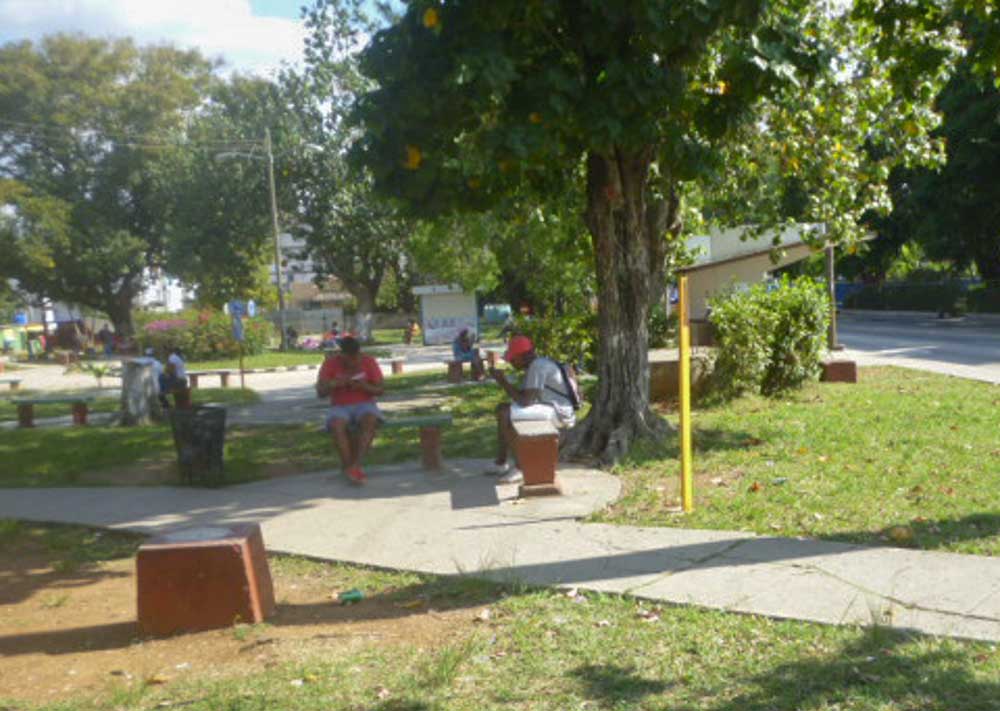 Passers-by, or neighbors who pass through the park on their way home, are exposed to countless situations. Of course, birds, the elderly, children’s parents and dog owners move somewhere else, or they try and find a time when Internet users decide to take a break from their messaging.

New pathways open up where there was once green, as the grass has been invaded by Internet users who haven’t found a bench to sit on.

Parks here now has a new face, which many people are sad about.

But… they aren’t the only ones who have taken over some of the city’s parks: Card sellers, people who rent out communication time, phones, even people who offer basic technical knowledge to new users, also coffee sellers, owners of bread carts with hot dogs or croquettes, the lighter man who is ready to solve any problem a smoker has; they all form part of the Park’s new face.

This distressing landscape joins another: new parks are popping up around the city. Parks without trees, without grass, appearing with pathways and concrete benches, where Internet users melt under the tropical sun, but they still communicate. Parks on street corners or in front of dumpsters and sewage water, Parks created with the specific intention of contributing to communication, and to Internet users being scattered in doorways and on the sidewalk.

One thought on “Green Spaces Are Disappearing in Cuban Cities”