HAVANA TIMES – A new pandemic plagues humanity and its rapid spread causes a complete turnaround on the planet, affecting the economic, political and social activities of each nation.

In just over three months of its appearance, Covid-19 has killed more than 50 thousand people worldwide and the number of infections is increasing considerably, a battle which so far, the virus remains the winner.

In Cuba, there were 233 confirmed positive cases by Thursday, which are attended in the hospital isolation centers, in addition to their contacts. Currently, the country’s Ministry of Health works to control the disease and prevent its spread. Staying at home is considered the best option.

However, a fair amount of Cubans do not abide by these recommendations and thus put their lives and those of those around them at risk.

In Guantanamo, for example, crowds continue to occupy the streets in search of food and hygiene products, while others search for items not so necessary in current times of epidemic contingency.

The incorrect use of face masks prevails. Pregnant women and the elderly can be seen amid crowds, when the right thing is for them to stay at home because they are the ones with the highest risk.

However, the government has not offered an alternative for people to have enough food and household and personal hygiene products so that they do not have to continually go looking for them and waiting in long lines when something appears for sale. The same is true for medicines in the poorly stocked pharmacies.

The authorities and the government media ask for discipline, but they don’t present alternatives.

These are some examples of what is being seen on the streets of Guantanamo. 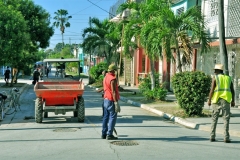 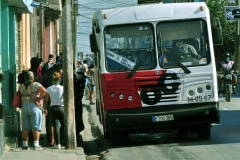 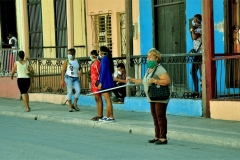 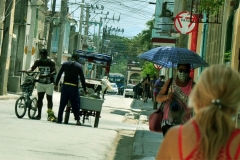 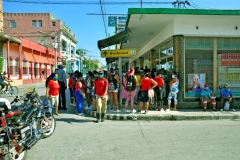 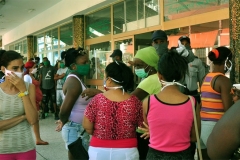 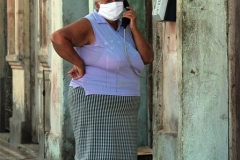 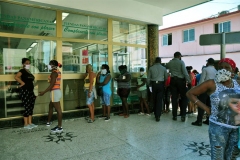 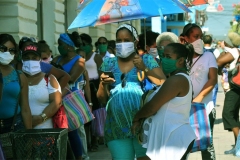 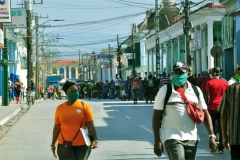 2 thoughts on “Guantanamo, Cuba Amid the Effort to Control Covid-19”

Derry, Ireland by Night – Photo of the Day