This small Greco-Roman temple was inaugurated on March 19, 1828, in homage to Queen Josefa Amalia, the wife of Spain’s King Fernando VII.

Inside were hung three large canvases that represent the holding of the first mass, the first town council, and a central canvas (painted later) where there appears the blessing of the site at a mass led by the bishop of Espada in presence of the General Captain, the aristocracy and high officials of the colonial government. These works were created by the French painter Jean Baptiste Vermay, whose remains and those of his wife are in the interior in a cenotaph made of Carrara marble. 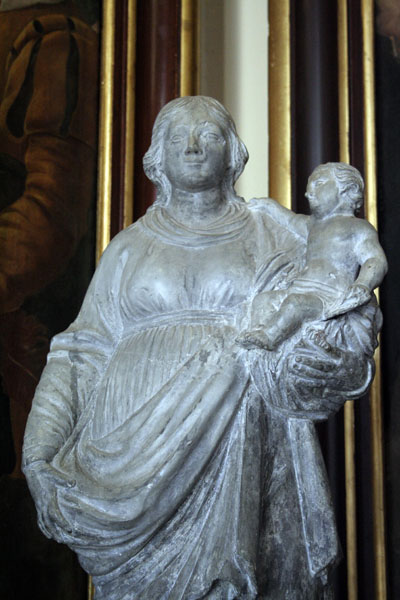 The paintings have only been taken down on one occasion for restoration.

The Templete is among the symbols of the city, one of the most beautiful and old traditions on the island, and served to determine the area that marked the beginning of the Plaza and Havana when it was founded on the north coast of the island in 1519.

This marking of the city was perpetuated first by the planting of a commemorative Ceiba tree, later by the stone in the Column Cagigal (1754), and after with the construction of the neoclassical Templete and its interior canvases (1828). Such monuments attest to this site being the setting of the first mass and session of town council, both held under the leafy tree.

The only remnant of the original Ceiba tree is in people’s memories, but now another equally powerful one has grown and is worshipped by the practitioners and believers of religions that originated in Africa. Each year on November 16, thousands of people of different ages, origins, races and sexes turn out to make three circles around the tree (without stopping to touch it) and to toss coins at its base while making three wishes.

Only on that day of the year is this tradition celebrated. It is attracting more and more people hoping for miracles, though it is now becoming more of a social event than a religious one.

People come from all parts of the world from very distant countries. If you’re in Cuba on that day, don’t miss making three turns around the Ceiba tree, tossing a few coins and — with much faith — hope for love, health and good luck to accompany you.