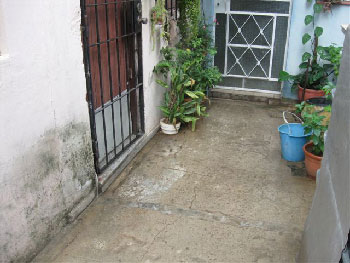 HAVANA TIMES – My previous post was a quick glimpse at the personal dramas that unfold in an apartment in the passageway where I live. Today, I will speak of another apartment, Apartment 2. A small, one-bedroom place like mine, the apartment had to be partitioned in order to house the five people who started living there as of two months ago.

The owner is a woman of around 42. She has a 24-year-old son and two little girls (who are five and three). She had the two girls with her second husband, to whom she has been married for 20 years (which is no small stretch of time).

Her husband works in construction. An avid basketball player, he was the only one supporting the family at one point. One can get a sense of the genuine love he felt towards his family from the fact that, when they were a family of three and he and my neighbor were only going out, he never once neglected his responsibilities as the father figure of my neighbor’s little boy.

Convinced of his unconditional devotion to my neighbor, he sold the apartment he had lived in before meeting her. The apartment was his only material possession worth anything, and it was no small thing.

Just so you know, this neighbor of mine is a practicing Christian and, in my opinion, is as devout as any Islamic extremist – something I let her know during a discussion we had years ago.

“Your fanaticism is no virtue,” I said to her. She replied that I was just as fanatical when it came to sex. Before converting to Christianity, she had been a passionate practitioner of the Santería religion, and had sought the truth at ceremonies held by the Spiritualist who lives in Apartment 5. 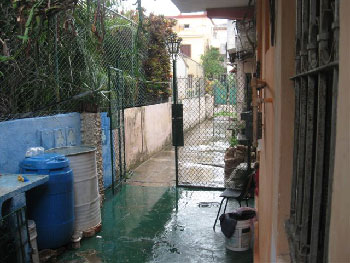 The three adults arrived at an understanding with respect to their living spaces. To get there, they first had to divide the house in two using a plywood partition. The two little girls and the 24-year-old slept in one half of the apartment and the couple in the other. They would sometimes bicker over something and she would make the husband sleep on the couch in the living room.

Things changed when the money he was bringing home was no longer enough and my neighbor started to demand that he earn enough to support the two girls. Apparently, they weren’t making ends meet and things around the house were getting very tense.

In time, the harmony of the household was (expectedly) shattered. The family didn’t have the strength to endure their financial woes. He began to go off with another woman, one who wasn’t as nagging as his wife.

His daughters insisted that he come back home and that the couple make an effort not to become separated. But it’s difficult to maintain two relationships, to keep feelings of jealousy and emotional exhaustion from ruining things.

The situation reached a boiling point and she began calling the cops on him to get him out of the home. He began to lose weight. Today, he is a shell of the big, strapping man he once was. All the suffering over having been separated from his family has made him look much older than he is.

She, on the other hand, doesn’t seem that upset over the separation. Christ is with her and, luckily, her older son got a job as a security guard, which means that someone will be bringing home a paycheck, just like before.

She claims Christ told her not to work, that he would provide her with everything she needed. The ex comes to visit his daughters and his step-son regularly. I don’t know where he is living at the moment, maybe with the other woman. I hope they work things out and that love ultimately prevails.