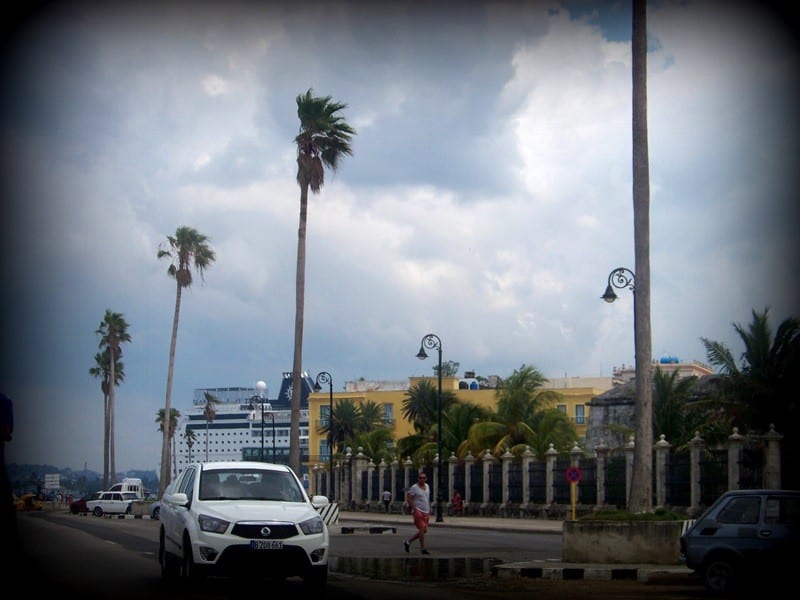 HAVANA TIMES – Avenida del Puerto (Port Avenue) links the oldest part of the city with the Malecon, which takes us to the most modern part of the Cuban capital.

Some people think of it as an extension of the Malecon, but Avenida del Puerto is actually a lot older.

It runs parallel to the boat entrance in Havana Bay and travels as far as Alameda de Paula.

It’s a beautiful tourist route, and some people choose to fish there, others to look out to the bay and watch boats and cruise ships come in, to fall in love, read or just take a little rest.

An interesting fact: many fishermen dock their small boats in this part of the bay and there is a monument in one of its parks, that pays tribute to 400 years of Japan’s presence in Cuba.

Cuban Gov. Laments Suspension of Charter Flights from “the Enemy”

Sunset in the Bay of Cienfuegos – Photo of the Day

Amaya Coppens: In Nicaragua “There’s No Turning Back”