The “rain men and women” amongst us

HAVANA TIMES — In 2013, Cuba had the honor of hosting the First International Forum on Autism and Inclusion, highlighting the Island’s excellent special needs education and the prestige of its specialists, however…

Have the Cuban people, doctors and teachers received the necessary training in order to identify this disorder in children? We can say in full confidence that this special condition isn’t always detected in its early stages.

Cinema helped us understand a lot about autism with the film “Rain Man”, which won four Oscars in 1989 and had Dustin Hoffman and Tom Cruise as its leading actors: two brothers, the oldest was autistic.

Whilst experts vary in their lines of thought about what causes this incurable syndrome, this disease is already being showcased on soap dramas such as “La Sal del Paraiso”, which is currently being broadcast on Cuban TV.

Furthermore, autism has captured public opinion by celebrating World Autism Awareness Day, which was designated by the UN as April 2.

According to Cuban neurologist, Rolando J. Naranjo Alvarez, autism is a serious neuropsychiatric disorder which develops at an alarming rate and defies neuroscience.

When interviewed about the subject for Havana Times, Naranjo stated that “progress is being made in Cuba when addressing the challenge of understanding autism, but once we’ve figured out the changes in brain connectivity, genetic engineering will provide a solution in the near future for those individuals who are more separated from the world of “normal” people.”

“The scientific community is investigating it as a growing public health concern and have had some very promising results, for those individuals who suffer from abnormal brain development which affects their normal sensory reactions that we human-beings have to certain stimuli, as well as the related bio-psychosocial-cultural and spiritual consequences that this then has,” explains the neurologist with over 30 years’ experience in this field.

Although there is still a lot for scientists to understand about how autism develops and generally spreads, Naranjo confirms that it “can appear anywhere in the world and that it isn’t limited to a specific geographical region, ethnic-racial group of people or a socio-economic status. It still hasn’t been proved that influences, such as environmental factors or the family environment, are critical in its development.”

Classic autism, which is the most serious form of autistic spectrum disorder and leads to mental impairment, affects one 1 in every 1000 babies born. According to Naranjo, if you include milder forms of autism such as Asperger syndrome, this number increases to 1 in 500 new born, according to international statistics.

Treatment for Autism in Cuba

Yamila Garrido, Head of the Special Needs Education Department in the eastern province of Holguin, explained to the Cuban press that there are 30 students diagnosed with autism in Holguin, a number which increases every year.

On the other hand, the Argentinian online publication “El Cisne” recently pointed out that international statistics estimate that there are 100 times less people with autism in Cuba than in the US (with a population 30 times greater). It questions the criteria used up until now to diagnose autism, especially those that focus exclusively on genetic make-up. 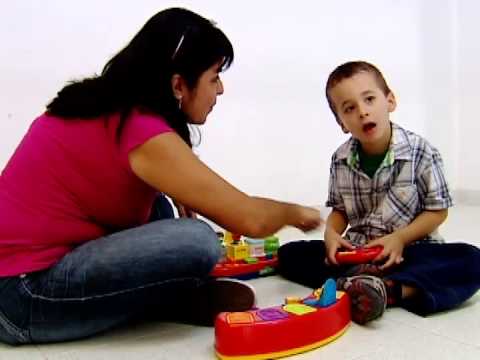 “When we inquire into plans, programs and projects which have been developed in order to tackle this disease,” Naranjo tells us, “some people refer to the subject as if everything was known about it and that good progress is being made. As well as being untrue, this creates false hope in the autistic person’s family.”

“Autistic people are people who are most separated from “normal” human life,” the neurologist reminds us. “A lot of what is said stems from the lack of understanding we have about this disorder, which is considered one of the most serious of mental health disorders, and, until now, incurable,” the specialist says.

“What happens to autistic people when they become adults?” asks Doctor Naranjo. “The answers we have are unsatisfactory, nonfactual and completely false.  It’s also important to note that the number of those diagnosed with autism is increasing in Cuba, even though national statistics are already biased because the National Education System only really uses numbers that come from students enrolled at special needs schools.

“The impairment that is hidden inside the autistic person’s brain doesn’t benefit with these programs. Serious changes need to be implemented and staff needs to be carefully trained,” warns Naranjo.  He adds, “the majority of those working in special needs schools who should know about the disorder either respond that they don’t know anything, or that they are receiving training via seminars.”

“Sometimes they tell us that they don’t know what to do with an autistic child, sometimes with ignorant nonchalance. And some professionals who supposedly know about this mental disorder, go about it in a completely wrong way,” Doctor Naranjo points out.

“It’s impossible to close your eyes and ignore the reality that the majority of autistic people also have an intellectual disorder which resembles “mental impairment”,” he says. Doctor Naranjo has worked as a specialist in 1st and 2nd phase Neurology, providing clinical care services, investigating and teaching first, second and third levels of care in the Cuban Public Health System for 30 years.

One thought on “How Autism is Seen in Cuba”