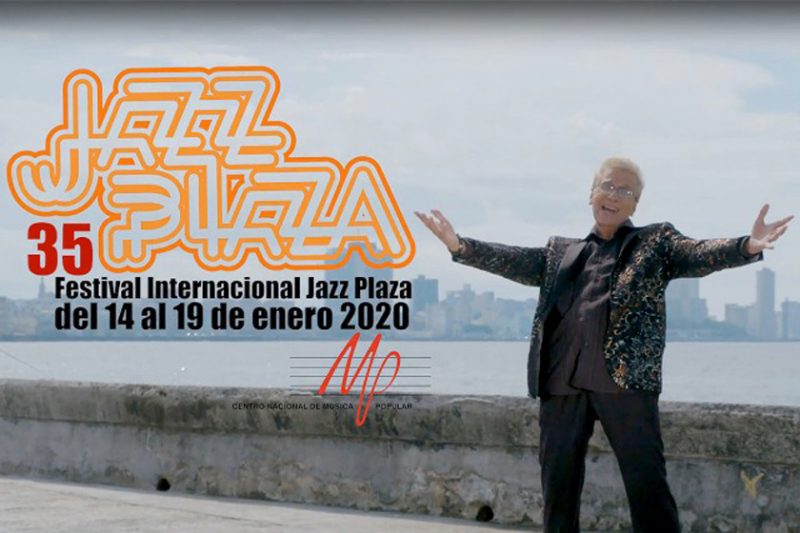 HAVANA TIMES – Many famous jazz interpreters and composers are of Cuban origin, although, unfortunately, jazz is not a favorite genre on the Island. Sometimes in the concerts and presentations there are many empty seats. Even so, the annual Jazz Plaza festival has great importance both nationally and internationally.

It all began in Havana in 1980 started by Bobby Carcases. In the last four editions the venues have been shared between two provinces: Havana and Santiago de Cuba; and this year it takes place from January 14-19.

The edition has the participation of soloists and groups from Spain, Germany, Holland, Norway, Australia, Slovakia, Canada, the United States, Austria, Chile, Argentina, Puerto Rico, Brazil, Japan, in addition to the many talented Cuban musicians.

Carcasses, National Music Award 2012, will open the party on Tuesday, January 14, in the Avellaneda hall of the National Theater of Cuba. In addition to Cuban musicians such as Afrojazz and Cimafunk, three bands arriving from New Orleans will be invited: The Soul Rebels, Big Chief Monk Voudreaux, Tank and the Bangas.

Among the performances that can be enjoyed during the festival is that of Bill Evans, saxophonist who played for five years with Miles Davis. Evans will perform with Joaquin Betancourt’s Young Jazz Band on January 16, at the Avellaneda Hall of the National Theater, at 8:30 p.m.

The same venue on Friday 17 features the renowned US guitarist Stanley Jordan in concert. Jordan is known for his use of the tapping technique, with which he manages to reproduce the sound of two and up to three guitars.

In the Covarrubias hall of the National Theater, on Friday the 17th the Cubop Concert, Tribute to Cachao and Charles Mingus will take place with Gaston Joyas and Elegbara Roots: Yoandy Argudin, Alejandro Delgado, Ivan Frias “El Menor”, Adrian Estevez and Eme Alfonso.

The festival circuit is made up of the National Theaters of Cuba, the Bertolt Brecht and América theaters; the Cuba Pavilion, the Jardines del Mella, Casa del Alba Cultural, La Tropical, and other spaces. Santiago de Cuba will have scheduled concerts at Sala Dolores, the Iris Jazz Club, and the Patio de la Uneac.

On this occasion the Jazz Plaza is dedicated to relevant figures of the genre in Cuba as Juan Formell, the founder of Los Van Van; trumpeter Felix Chapotín and the emblematic Irakere group. As is tradition in the Jazz Plaza program, this year the International Jazz Colloquium ‘Leonardo Acosta in memoriam’ will meet again, already in its XV edition.

Don’t miss the opportunity to enjoy good jazz, check here for the full program of the festival: