HAVANA TIMES – A proposal was made to dedicate this month’s cycling around Havana activity to the memory of Havana City Historian Eusebio Leal, wrote Yasser Gonzalez, founder and coordinator of Bicicletear La Habana. The suggestion was approved by the community of cyclists that take to the Cuban capital’s streets on the first Sunday of every month, to encourage the use of bikes, not only as a form of transport, but as a life philosophy.

On August 2nd, after the pause imposed by the COVID-19 outbreak, members of Masa Critica (the name of this community and online forum) were once again the center of conversations and surprised looks from passers-by and Havana locals. Some 70 people cycled along the city’s main avenues and back streets; in beautiful places and destitute neighborhoods.

A break along our trip took us to Madera Street, in front of the Captain Generals Palace in Plaza de Armas, in Old Havana. It was time to dedicate a few minutes to remembering Eusebio Leal’s great work and his early years as Havana’s City Historian.

We then pedaled past the Capitolio and Central Park as well as the Jesus Maria or San Isidro neighborhoods. The suffocating heat was slightly appeased by a gentle afternoon breeze on the Malecon.

Ever since I heard of Eusebio Leal’s passing away, I keep having the song Andar La Habana (Walking through Havana), by Ireno Garcia, go round in my head. I had the idea of suggesting to the bike trip guides that we follow the route in this song, but I was too late. Even so, it’s pretty much a must for every Masa Critica member to go to some of the places Ireno mentions… and to finish off the route as his song says: always looking for the sea.

Let’s walk, the sun is setting, and Havana is moving, towards the Malecon.

Let’s go just you and me, crossing G Street, the moon is waiting for us, on 23rd Street.

Let’s walk through Havana, my love, going down to the sea, going around Zanja which was once, a Chinese woman in a doorway.

Crossing Galeano and taking a rest, in Central Park, taking Obispo, without a doubt, to the Cathedral.

Let’s walk through Havana, my love, keeping to the sea. Day is breaking and the city wants to wake up.

The sun is already rising from a balcony, making a song glimmer.

Let’s walk through Havana, my love, always looking for the sea.

Masa Critica bike rides are held on the first Sunday of every month, leaving at 4:00 PM from Parque de los Martires (on Infanta and San Lazaro streets). 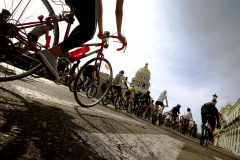 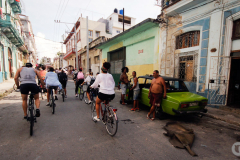 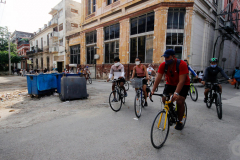 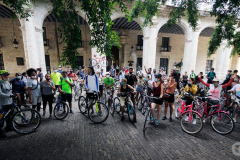 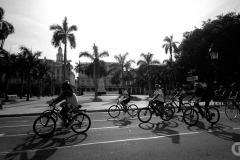 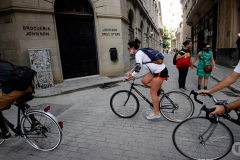 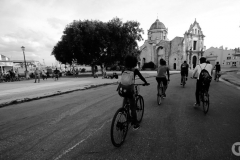 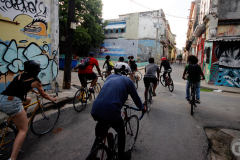 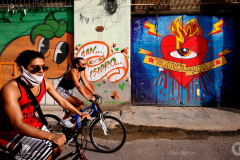 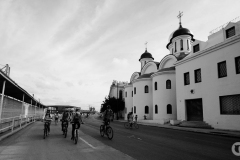 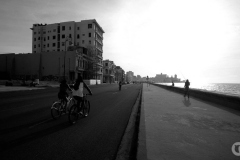 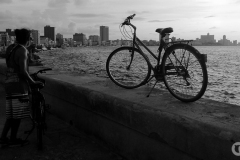 One thought on “Let’s Cycle Havana”