HAVANA TIMES – For years, independent groups and protectors have been demanding an animal protection law in Cuba, but their efforts have fallen on deaf ears and insensitive hearts.

Draft laws have been made that have not been approved. Signatures have been collected as proof that citizens want inclusion of the rights of four-legged friends in the penal code. Many groups have sprung up across the country that are dedicated to saving stray animals and who also demand the long-awaited law.

It was time for the pro-animal community to take to the streets. This Sunday, April 7, some 500 people walked from El Quijote Park to Colon Cemetery in Vedado. Homage was paid to Jeannette Ryder, the founder of the Band of Mercy (Bando de la piedad) in Cuba.

The idea was to go down busy 23rd Street, but at the last minute the route was diverted to 25th Street.
It was a peaceful march; There were posters, banners, orange ties and joy. Some took their pure-bred pets and those rescued from the streets. Here are some pictures of what happened. 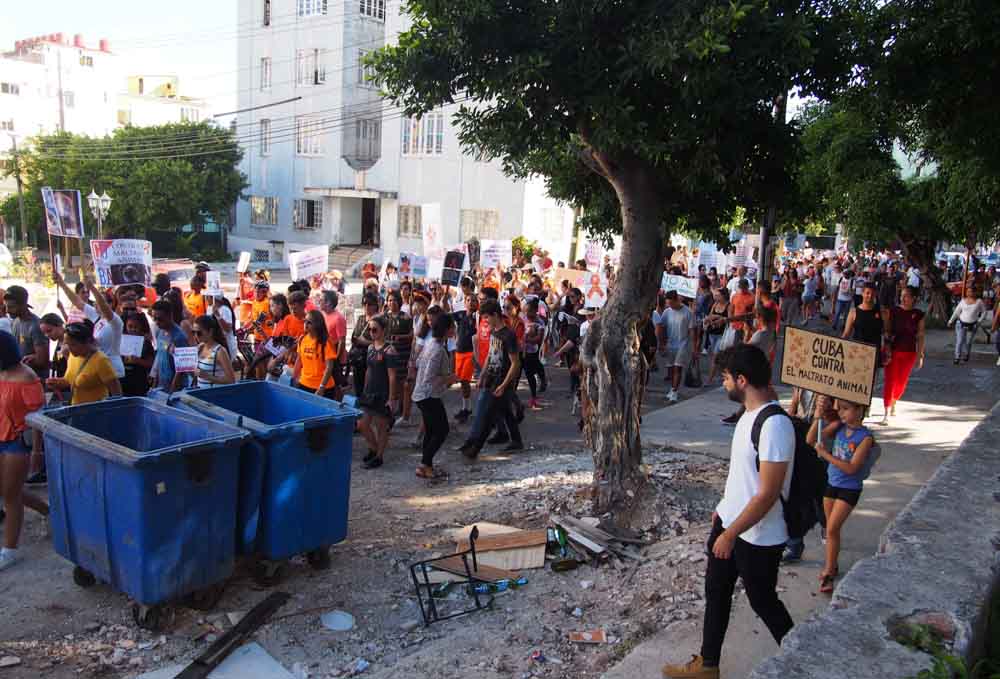 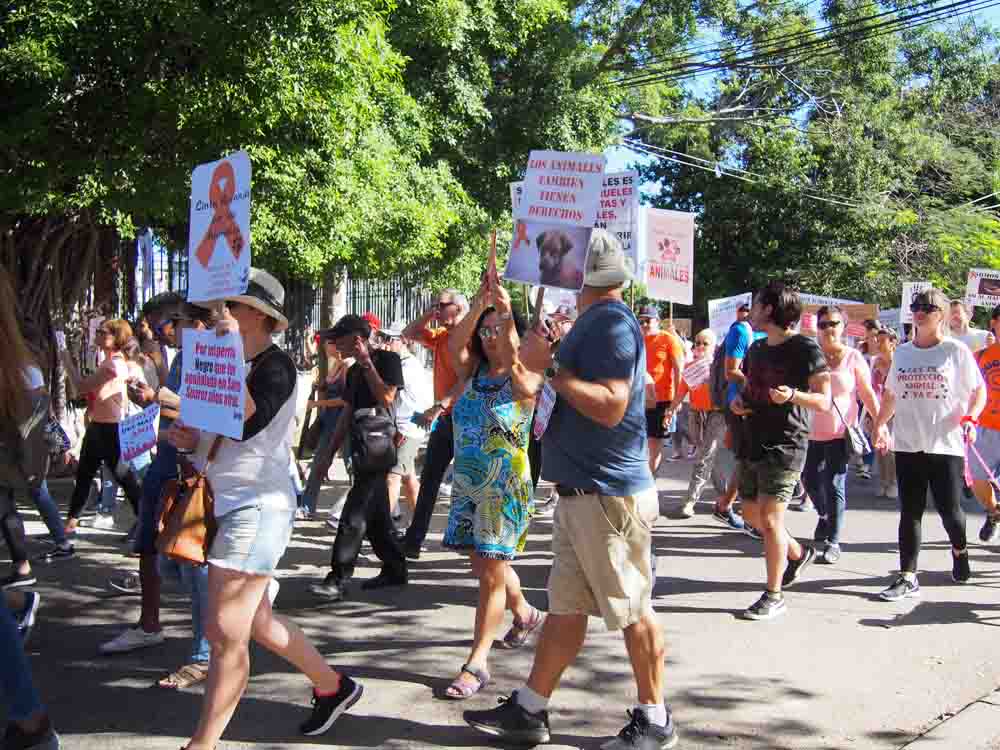 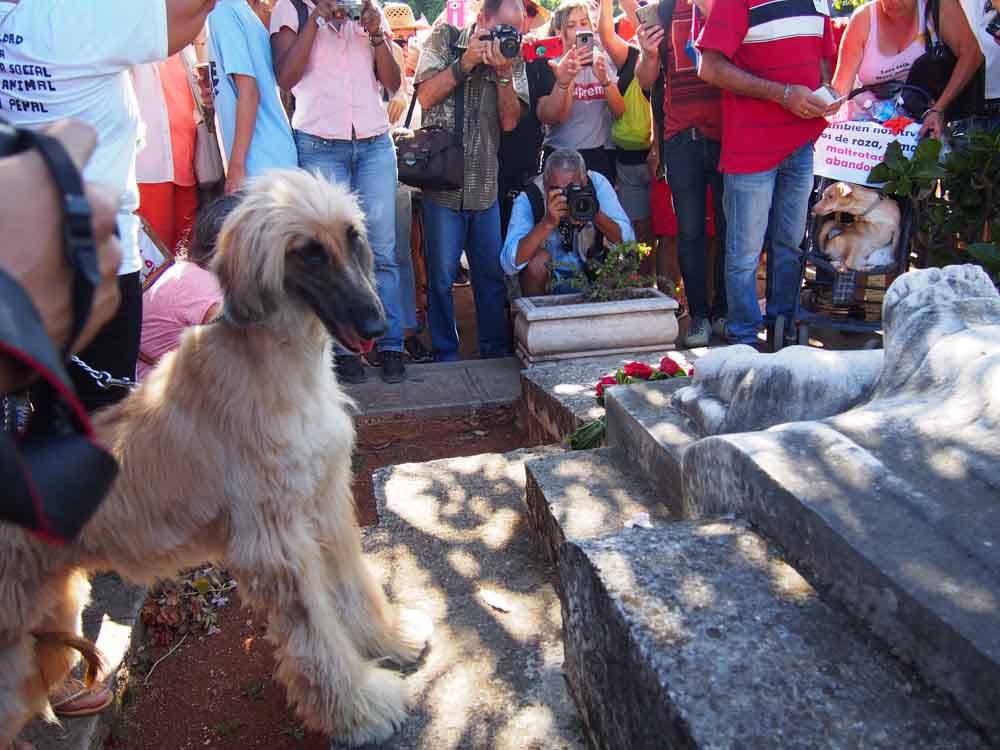 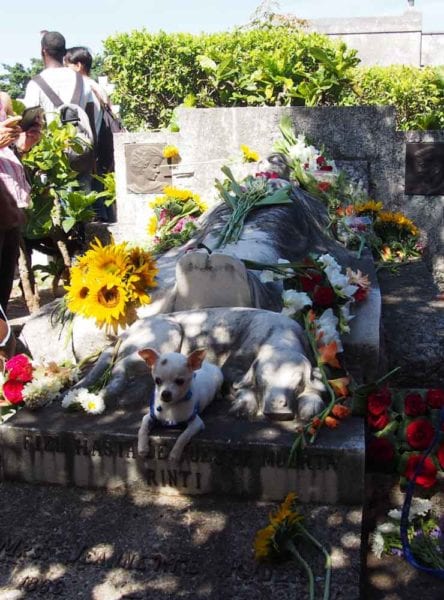 6 thoughts on “March Against Animal Abuse in Cuba”