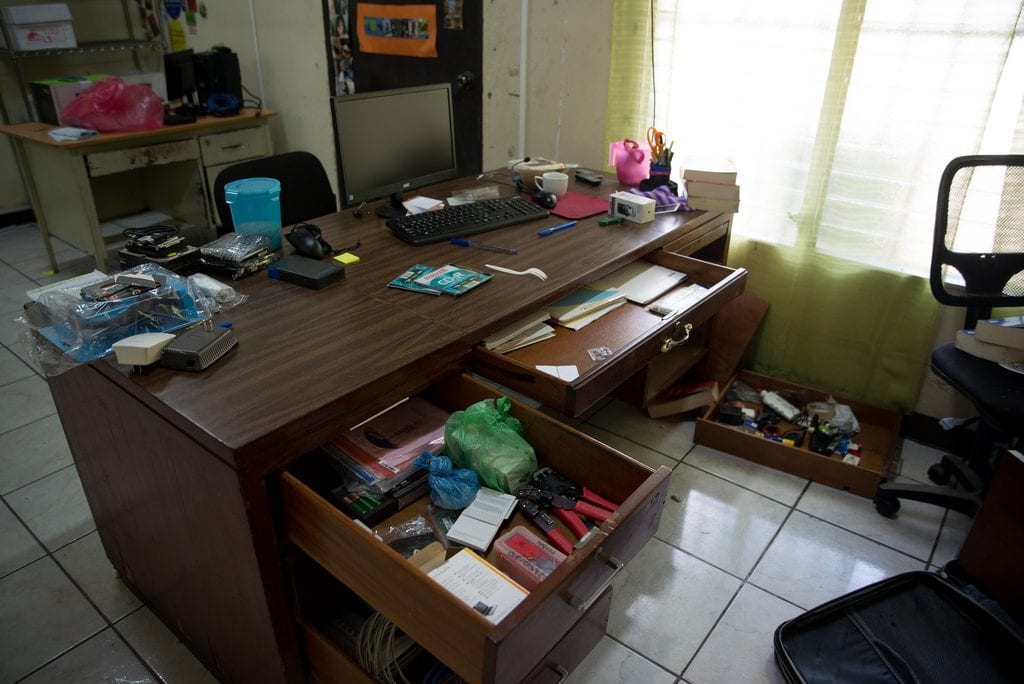 HAVANA TIMES – In the style of common criminals, Nicaraguan Police agents waited until the darkness and loneliness of the late night and early morning to assault with brute force the headquarters of several non-profit NGOs, known for pointing out, denouncing and criticizing the abuses of the Ortega regime. Earlier last week, the same NGOs had their legal status revocked by the National Assembly.

In a coordinated operation, the police attacked the offices of the Nicaraguan Center for Human Rights (CENIDH), Fundación del Rio (River Foundation), Popol Na, the Las Segovias’ Leadership Institute (ILLS) and the Institute of Strategic Studies and Public Policy (IEEPP). Likewise, they broke into the facilities of Confidencial, Esta Semana (This Week) and Esta Noche (Tonight), with the excuse that it was the headquarters of the Communication Research Center (CINCO), another of the NGOs stripped of their legal status.

The regime of Daniel Ortega and Rosario Murillo has cancelled in recent days, through its bulldozer (majority) in the National Assembly, the legal status of these six NGOs and three other organizations: The Institute for Development and Democracy (IPADE), the Center for Information and Health Advisory Services (CISAS) and “Hagamos Democracia” (Let’s make democracy).

Likewise, they took two paintings of Augusto C. Sandino because, according to the agents, Popol Na was a place of “coup plotters” and not a place where the General of Free Men should be, commented Jose Alexis Hernandez, security guard of the NGO, who was attacked verbally and physically by the police.

The facility of the NGO housed relatives of political prisoners whose money and cell phones were taken away.

In the same premises of Popol Na, the offices of the radio program “Onda Local”, also critical of the Government, were violated by forcing the doors. In this office the thieves only took documents, since the journalists had taken the equipment.

They entered Cenidh through the roof

The President of the Nicaraguan Center for Human Rights (Cenidh), Vilma Nunez, denounced that early Friday morning National Police officers assaulted the headquarters of the organization, which since the beginning of the week had been besieged by police patrols and officers with high-caliber weapons.

The activist said that the police went into the offices through the roof, as common criminals, and took away equipment and documents from the NGO.

The police beat the Cenidh watchman, and also took his money.

The ransacking of Fundacion del Rio

The headquarters of Fundacion del Rio (the River Foundation), located in San Carlos, Rio San Juan, was ransacked at 11:45 pm by the National Police, who did not submit any notification to the board of directors of this organization.

Amaru Ruiz, president of Fundacion del Rio, explained that the offices of the organization were locked, under guidelines from the board of directors, which [under threat] had decided that no member should remain in this place.

The agents forced the lock on the main gate and entered by breaking the locks of the other doors. Then they formed a police cordon to prevent the workers of the organization from getting close and take pictures to denounce the illegality.

“This is the culmination of this whole process that the Government has launched to shut us up, to silence us. For our work to stopped. We do not know what they have downloaded or if they have shared some type of information. They do not let us get close and it seems that they will occupy the foundation,” said Ruiz.

He regretted this situation and expressed his solidarity with the other NGOs that were also illegally raided by the Police.

Fundacion del Rio said in a statement issued, that the annulment of its legal status, is the finale of a series of harassments and pressures on the organization, which it denounced since the beginning of 2017, the increase in the invasion of settlers in the Indio Maiz biological reserve in the far southeastern part of Nicaragua.

He noted that the “obstacles” increased after they reported the huge fire in this natural area, last April.

Haydee Castillo fear for her safety

Haydee Castillo, president of the Las Segovias’ Leadership Institute (ILLS), reported that riot police and hooded men broke into the offices of their organization. They looted it and destroyed much of the furniture.

The incursion of the riot police and paramilitaries happened at dawn this Friday. The officers did not present any legal order and several workers said that they fear for the safety of Castillo, who was held a few weeks ago at Managua’s International Airport, transferred to El Chipote, and then later informed that she had an immigration restraining order.

They will safeguard the building

The Ortega Police raided the offices of the Institute of Strategic Studies and Public Policies (IEEPP) on Friday. The agents arrived at about eight o’clock in the morning and told the security guard to leave the place, because they would stay safeguarding the building.

The police agents entered the offices of IEEPP by forcing the locks. According to Dayra Valle, deputy director of this organization, at the time of the entry by the officers there were not workers present. Likewise, she reported that the police did not present the security guard with any legal order to enter the facilities.

“It was a shock force that entered the organization. We did not receive any notification, we had no knowledge. It is a completely unnecessary act against us,” Valle stated.

The Deputy Director of IEEPP stated that this Friday they were going to form a liquidating board to proceed with the few assets they had in their possession.

“On the contrary to what has been said, that we handled an exuberant amount of resources and we were financing criminal activities. That is false, we did not handle any amount of resources. Moreover, we are organizations that every year has been suffering from cuts of donations that the country receives annually, product of the economic crisis and the rethinking of the foreign cooperation,” Valle affirmed.

The police authorities place a handwritten sign at the entrance of the IEEPP: “closed.”