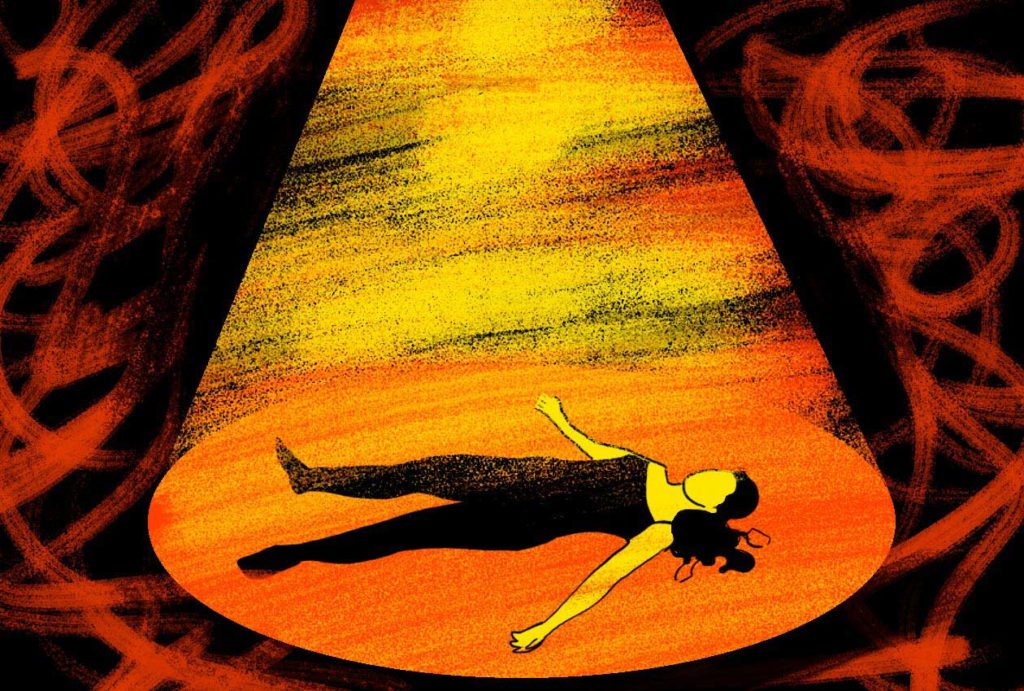 If you’re stressed and anxious with a permanent sense of fear, and you feel that the crisis has eaten you alive, read this article to learn what you can do.

HAVANA TIMES – At a year and four months from the onset of the socio-political crisis, mental health experts note that we Nicaraguans are ever more stressed, anxious and depressed, as well as continuing to suffer post-traumatic stress disorder. However, before we become alarmed, we should understand that these are natural reactions that any person could experience in our context, given how the rhythm of our lives shifted dramatically in a very short time.

“Within the context of the crisis, not everything that we see associated with sadness indicates depression. There’s a countless range of emotions that are normal responses to the occurrences that affect us. We’ve had many sudden deaths and separations; people have had to change their location, leave the universities; they’ve lost their jobs, and the ability to protest. All of that causes people to appear depressed, but their reaction is actually a normal response to situations that we shouldn’t be living through,” explains psychologist Maria Auxiliadora Alfaro.

However, since the political crisis isn’t over, people are developing depressive disorders such as post-traumatic stress disorder, chronic anxiety and depression, since they haven’t recovered nor has their grief been healed.

“When people can’t face their daily lives, they’re experiencing a health problem. That problem can be very severe if you’re strongly impacted by it: if you’re not sleeping well, if you’re living in constant hypervigilance. These symptoms can indicate that neurologically our nervous system is working in an altered way; physically, the illnesses that we already have can become worse, because we can’t process our experiences,” explains Alfaro.

This somatization occurs because due to the repression imposed by the regime, people can’t visit their dead in peace, they can’t denounce those who killed their family members, they can’t work through their grief, and when there are no words to express what they feel, the body concentrates the emotions and expresses them as physical problems.

On some occasions, psychiatrist Carlos Fletes explains, people visit the health centers or hospitals complaining of isolated physical pains that are rooted in their emotional burdens, but they can’t discuss the latter due to the polarization that now exists in Nicaragua. This makes their healing more difficult, since in such cases the general practice doctors can only cure the symptoms and not the problems at the root of it.

According to the United States National Institute of Mental Health, post-traumatic stress disorder is a condition that develops in some people after experiencing or witnessing a shocking, dangerous or terrifying event. However, if within three to six months the person hasn’t overcome their symptoms, this is a sign that they need to make a change, or in the worst cases, seek out professional help.

“Post-traumatic stress disorder is seen in those who lived through the rains of bullets, who saw their family members die, and there are those who became traumatized just by watching television, because that’s part of the politics of terror,” Dr. Fletes points out.

In this process, listening is fundamental. That is, it’s very important that people talk with someone about how they’re feeling, what their fears are, and that they externalize their thoughts without fear of judgement.

For her part, Dr. Alfaro asserts that those who support the regime are also suffering repercussions to their mental health. “The people ‘on the other side’ are just as human as the blue and white supporters. They too are experiencing stress, insomnia, fear; they’re depressed, anxious and have an increased incidence of chronic illnesses,” she assures.

Two of the most common natural reactions manifested during the crisis are anxiety and depression. People who have already been depressed or who have a tendency to suffer from it are more likely to develop this disorder in the new context. Therefore, we should be alert when we see someone who’s been sad for more than two weeks: that is, isolating themselves, suffering from feelings of guilt, etc. If they don’t receive attention, they could attempt suicide.

Previous to the crisis, between 10 and 30 percent of Nicaraguans were suffering from depression, states psychiatrist Carlos Fletes, who directed the Ministry of Health’s Mental Health program. Now there’s been an increase in patients seeking consultation for problems of depression. However, there are no existing studies dedicated to mental health.

In the case of children and adolescents, they’re also suffering from depressive disorders brought on by violence, insecurity, and the loss of the family nucleus due to deaths or separations. Many of the political prisoners’ children, for example, are experiencing problems sleeping, loss of appetite, fear of going out on the street, and constant crying.

“In times of crisis, prescribing medication isn’t recommendable, because all the symptoms that people manifest are a product of the situation. It’s not because they have a structured mental health problem, but because any person thrown into such a context is going to develop symptoms. However, when the difficulties overcome you, you should seek help,” Fletes concludes.