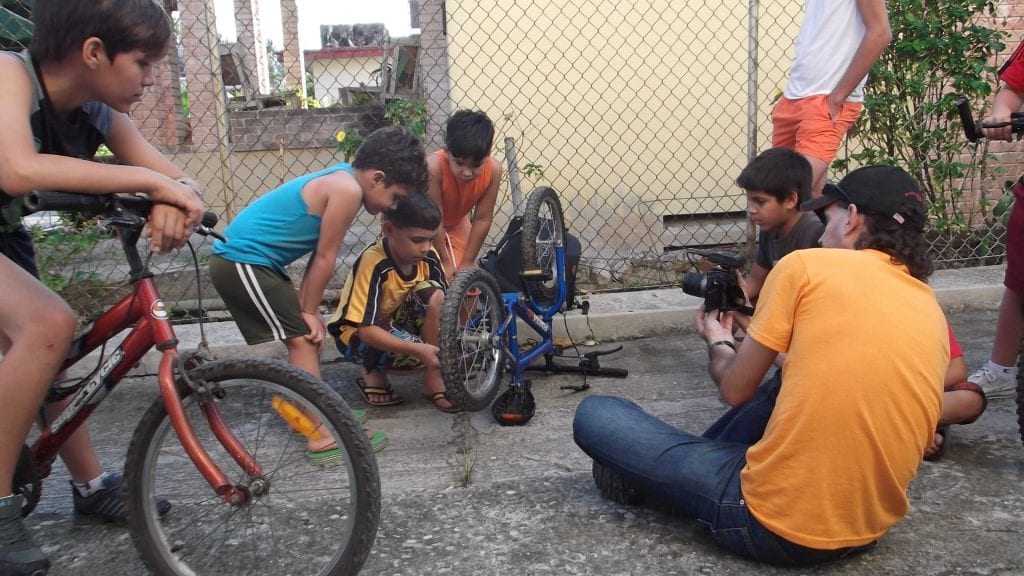 HAVANA TIMES — One of the most common obsessions that assails those of us who leave Cuba is the question as to whether we were happy back when we lived on the island. Many believe they weren’t, that happiness in revolutionary Cuba is, quite simply, something beyond our reach.

If we revisit the extreme experiences of people such as holocaust survivor Eva Hoffman and Nadiezhda Mandelstam, a pariah condemned to exile and persecution, next to her husband, poet Ossip Mandelstam, in the former Soviet Union, we find that, even in the most terrible moments of their lives, they had close friends, enjoyed good music or indulged in small pleasures, such as drinking a fine bottle of wine in company. 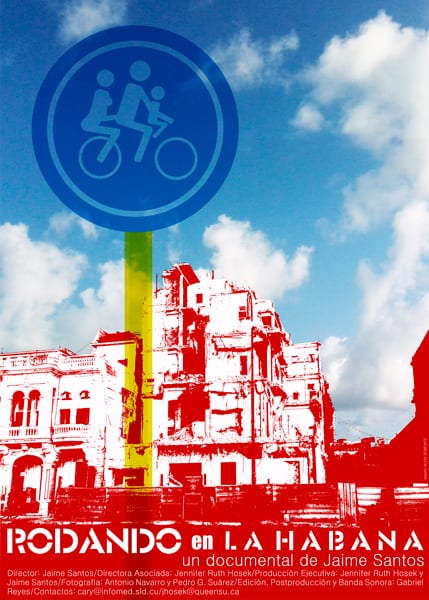 After the collapse of the communist bloc at the beginning of the 1990s, Cuba was plunged into a crisis that persists to this day. The disintegration of public transportation led to the rapid spread of bicycles in Cuban society. In addition to Russian bicycles and old American contraptions, towns and cities filled with thousands of Forever and Flying Pigeon-brand bikes made in China.

A practice that was common to China because of tradition and popular in Holland or Germany because of culture, snobbery or environmental awareness, arrived in Cuba suddenly, as our only transportation option. This phenomenon was also coupled with the severe reduction of our daily diet.

Jaime Santo Mendendez’ and Jennifer Ruth Hosek’s 2015 documentary Bicycle Stories (to be shown at the upcoming December 3-13 Havana Film Festival) affords us the testimonies of several Cubans and allows us to relive the history of bicycles in Havana, from the harshest days of the Special Period to the present.

It is altogether interesting to hear the version of this story offered by a simple bicycle repairman. The chief merit of Bicycle Stories, however, is the fact it manages to go beyond these hackneyed accounts, a merit that is all the more evident thanks to the artfulness and vision of the filmmakers, and the fact the film insists on the human dimension of the mad, day-to-day or innocent tales.

On the screen, we see a man who has devoted his entire life to building bicycles over five meters tall. If we follow the spread of bicycle culture on the island to its logical and absurd conclusion, this ceases to strike us as odd. Before us is a man who rides around town in his impossible vehicle, dreaming with seeing his name in the Guinness Book of World Records, a recognition he is unjustly denied because he happens to live in Cuba.

A couple who sells flowers to passersby and tourists strolls down the Malecon ocean drive. The man pedals, she sits on the back. The setting is afforded by nighttime in Havana.

There have always been teenagers addicted to bicycles in Cuba. I was one of them once. On weekends, when I had my day off at the countryside schools I was boarded at, I would go out bicycling with my friends. The dynamics of these tribes – which make pedaling the center of their young lives – moving between adventure and danger, a context where girlfriends ride on the back and the police offer you a chase, are fascinating.

The climax of Bicycle Stories, as I see it, arrives at the point in the most authentic and powerful moment of the documentary. 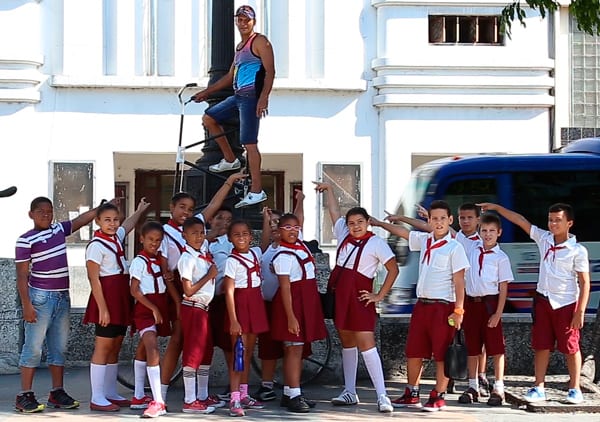 The first is the story of the man who has built a two-person bicycle. One of the seats remains empty. His account, describing how he was once the bicycle guide of a blind man who passed away, how the bicycle was an inseparable part of the friendship and relationship between the two men, is truly moving.

The other climactic moment is near the end of the film, when young Lisandra Guerra, world champion and record-holder in bicycle track racing, confesses that her idea of paradise is simple: to mount a race bicycle and pedal for all eternity.

Among many other things, Bicycle Stories is an exploration of the small things that make us happy: as in the cases of Eva Hoffman and Nadiezhda Mandelstam, or in the personal aspects of Enrique del Risco’s Un dia mortal (“A Great Day”), the frontiers of our happiness are always diffuse. Many a time, our happiness is accompanied by innocence, as Jaime Santos Menendez and Jennifer Ruth Hosek can attest to, and as Lisandra and countless anonymous young people on bicycles whose future remains all too uncertain.