HAVANA TIMES – When Raul Castro initiated reforms aimed at transforming the Cuban economic model, Cuban and foreign experts hoped that they were finally glimpsing a change on the horizon following more than five decades of mistaken policies.

However, despite having further reach than those changes effected in the nineties, Raul Castro’s reforms have turned out to be limited, shallow, slow and contradictory.

One of the things that should be noted as unique to this process is that the changes are being implemented by the historical leadership of the revolution. This represents a peculiarity never before seen in history, not even in the countries of Eastern Europe and the former Soviet Union where the ones that carried out the reforms were the emerging political forces. In the Cuban case, we have the paradox of the historical leadership finally finding themselves prisoners, trapped by their own errors.

The reforms rise out of obsolete structures that have not been dismantled, with the goal of conserving socialism. From there on, they become a contradiction in themselves.

In the current context, the economic situation on the island is chaotic; the accumulated errors and failures of more than half a century comprise a heavy obstacle stifling the development of any real economic and financial transformation.

The economy of the country functions like a bankrupt business, surviving only thanks to outside support: the Cuban Diaspora and the aid from Venezuela are the two factors that today stave off the system’s collapse.

The Cuban emigration data from the last ten years demonstrates that over half a million Cubans have left the country permanently to try their luck in other latitudes.

In 2012, two years after the beginnings of the reforms, migration reached its highest peak in a decade: a total of 56,207 Cubans immigrated to other countries. This statistic could be interpreted as a signal that the reforms haven’t awakened interest in the possibilities of change on the island. On the contrary, the urge to emigrate has apparently increased.

Nevertheless, this high rate of Cuban migration has become, paradoxically, one of the fundamental financial supports of the national economy in the form of family remittances. 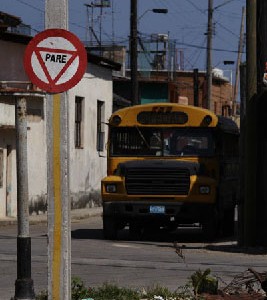 Thanks to the measures implemented by President Barack Obama freeing up the restrictions on travel and on sending money, around 2.6 billion dollars in cash arrive in Cuba annually, and another 2.5 billion in merchandise. Provisions sent include clothing, food, medicine, small appliances and other products that Cubans who live outside the island send to help their family members. In the last four years the cash remittances have increased over a billion dollars, a truly unusual rise.

The total balance of this family aid comes to 5.1 billion dollars, more than the sum of the gross income from the four most important branches of the country’s economy: tourism (2.6 billion); nickel (1.4 billion); exports of medicine ($500 million) and sugar exports ($393.1 million) which together add up to 4.9 billion.  Furthermore, after deducting the costs of production, operations and marketing from these figures, the net earnings from these areas is left at around one billion dollars, a sum five times less than the contribution of the Cuban Diaspora.

Parallel to this, the aid from Venezuela constitutes the other mega-support of the Cuban economy, with an estimated value of 6 billion dollars per year.

Nonetheless, the current crisis facing the economy of that South American country, added to the negative effect that the death of Hugo Chávez may have on the continuity of power, lead to predictions that it may prove difficult to maintain this level of aid in the future.

The numbers speak for themselves of a very real problem scenario for Venezuela, something that raises its own alarm signals for Cuba.

In 1999, without any exchange controls, the exchange rate for the former Venezuelan currency was 573.86 Bolivars to a dollar. Today, with a controlled exchange rate its 6.30 new Bolivars (6,300 of the old currency) equaling a devaluation of 997.83%. This doesn’t take into account the higher price on the government’s currency auction for importers, and much less the price of a dollar on the street.

In 1999 the payroll of the Venezuelan state-owned petroleum company (PDVSA) included 40,000 employees; today they have around 120,000, representing an increase of 300%.

The Venezuelan government has intervened in more than 600 farms with a total of 2.5 million hectares.

The government has spent more than $14 billion dollars in the purchase of military armaments.

The labor situation in Cuba

The internal refoms in Cuba that are taking place within this context are not showing encouraging results as far as the quantity of people incorporated into private employment. This contrasts with the desire of the government to gradually eliminate the state payroll and reduce the bureaucracy.

The number of people who have incorporated themselves into the world of independent employment reached 429,458 in 2012. Of these, 77,302 are retired and 60,124 are people who also work in the state sector. The most current data, issued at the end of July, gives a statistic of 436,342 self-employed workers.

In fact, the number of “purely” self-employed workers is closer to 292,031, representing only 4.29 percent of all people of employable age. If we add the approximately 537,000 private farmers to this statistic, both groups would total only 12.28 percent of the employable population. 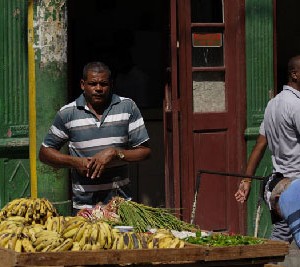 Why isn’t there more advance?

Given this – why aren’t the reforms advancing at the rate the government needs?

The chief obstacle facing the reform process is that the structural changes proclaimed by Raul Castro haven’t happened. Instead, the reforms are based on the old scheme of economic centralization, backed by regulations and a shallow layer of laws.

We are witnessing more an exercise in the elimination of prohibitions and restitution of rights than of structural changes. For example: the migratory law, the liberation of home and auto sales, the authorization of self-employment in 183 modalities and most recently the contracting of Cuban sports figures in foreign professional clubs have all overturned prohibitions established half a century ago, but haven’t generated structural changes in the economy.

The ideology that underlies the process remains intact; the same ideology that has held the reins of the country for over half a century. For this reason a change in strategic thinking and philosophy regarding how to manage the country’s economy is very difficult. There is no perception of new strategic thinking about transitioning from the centralized economic system towards an open and unrestricted economic system.

One of the principal barriers is that the privatization of the public sector is prohibited by the Constitution, which puts the brakes on attracting foreign capital and developing a national private sector.

The productive forces find themselves prisoners of the rigidity and the limitations of the existing laws, and for this reason individual initiative and ingenuity are not encouraged. Further, the success of the self-employed worker is reflected in the official press as the birth of the nouveau riche which reflects distrust on the part of the government and fears that the development of a private sector might prove the motor force of a change in the social system.

It’s obvious that a strong resistance to change persists despite the fact that the highest circle of government understands that there is no other alternative.

At the same time, the dual currency constitutes a straitjacket that is very difficult to eliminate, given the low productivity of the country and the high rate of employment in the totally unproductive State sector.

The recently opened real estate market has turned out to be more about speculation than sales.  The prices of the homes are not in accordance with the purchasing power of the population.  The average price of a house in Cuba on a national level is 31,489 CUC, while the average annual salary is 216 CUC.

In this new market context the lack of financial mechanisms for stimulating sales and financing mortgages weighs heavily. The low amount offered in loans to finance home construction and repair that the banks offer has generated a market where payment is only in cash and this slows down the process instead of stimulating it.

The capital investments are discriminatory, as they are only allowed for foreign companies or businessmen, not for Cubans living inside or outside of the island.  The government doesn’t stimulate individual initiative or free enterprise, but instead prefers to make incursions into the failed road of the cooperatives.

In agriculture the distribution of land and cultivation rights has been a failure. Despite leasing out 70% of the lands they possess (80% of the total) the State has to import 60 percent of the country’s food at a cost of $2 billion dollars annually. Those who have been granted land don’t feel that they are really the owners. They look at the harvests they produce more as a survival mechanism than for commercialization and distribution.

Finally, the 183 modalities approved for self-employment have now arrived at a limit that doesn’t permit any greater growth of the private sector. Meanwhile, the highly trained sectors of society – the professionals- have not been included at present in the reform program.

This is the landscape, as we observe what the next years may bring: if the reforms continue to aim at the utopia of shoring up socialism or if they will take the direction of a road to transition towards a market economy that brings prosperity and development to all Cubans.

For the moment, everything indicates that we will continue to hitch our wagon to the star of utopia.  And that may sound very nice, but it’s not a signal of change.
—–
*Emilio Morales is a Cuban economist, ex-head of strategic planning for marketing in the CIMEX corporation and author of the books “Cuba: silent transition to capitalism?” and “Marketing without Advertising, Brand Preference and Consumer Choice in Cuba”, and president of the Havana Consulting Group in Miami.

3 thoughts on “Reforms in Cuba: The Last Utopia?”