HAVANA TIMES – Religious activity in Cuba makes every Saint’s day an event that gets the devout out to go to sanctuaries that hold the image of the patron saint.

The National Sanctuary of Saint Barbara can be found in the Arroyo Naranjo municipality. The building has an eclectic style and was built in just a year with the local community’s help and funded by the Archbishop of Havana, Manuel Arteaga Betancourt and first lady Martha Fernandez (Fulgencio Batista’s wife), and it was inaugurated on the day that commemorates her, in 1953.

The religious syncretism of Saint Barbara and Shango is linked to the lithurgy, as written sources indicate that Shango hid in Oya’s house to hide from his enemies. In order to protect him, Oya cut her plaited hair and put it on Shango, dressing him in her clothes and accessories, so that when he walked out, his enemies confused Shango with Oya and let him pass.

Santa Barbara’s story is full of suffering, her violent death and courage make her stand out as a virgin and great Christian martyr.

The red and white necklace was the centerpiece of Cubans’ dress on the street, and Shango’s children worshipped their father and went to the sanctuary, carrying flowers and candles. There was a great turnout at the mass in spite of it being a little out of the way. Everyone united in one faith, one thought: peace and wellbeing for everyone. 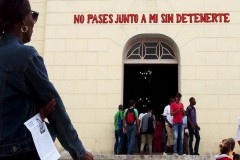 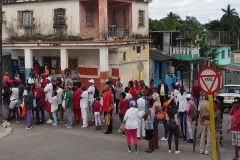 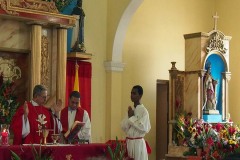 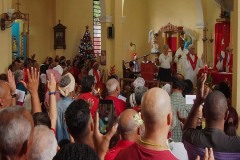 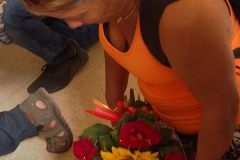 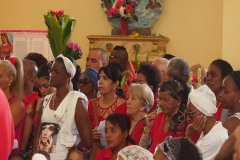 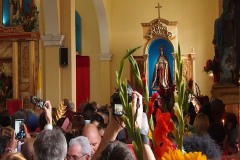 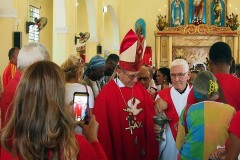 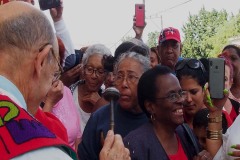 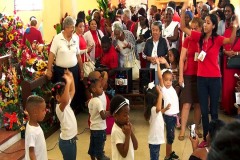 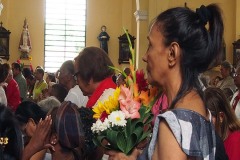 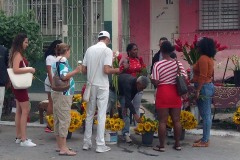 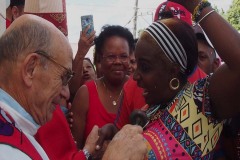 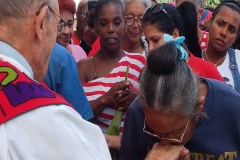 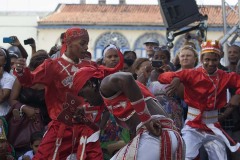