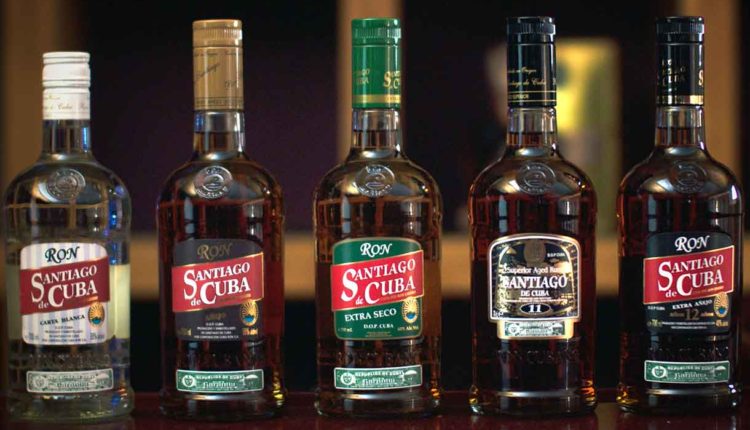 HAVANA TIMES – Experts tell us that Santiago de Cuba Rum is better than the much ballyhooed Havana Club. And now, with its new commercial agreement with a renowned multinational corporation, drinkers from more than 180 countries will find out the truth once it is sold and marketed everywhere.

The decision was a long time coming. And whomever made it must have thought of the saying, “If a window of opportunity appears, don’t pull down the shade.” Under the British company Diageo‘s umbrella one finds the best selling brands in the world. They include Johnnie Walker, Smirnoff, Baileys, J&B, Don Julio and Tanquera. Santiago now joins other prestigious rums such as Pampero, Cacique, Captain Morgan, and the excellent Zacapa.

I wonder if in the contract creating this mixed company, the English side of Diageo will lend us a hand in that same old problem of ours where something is always lacking. The subjects in question here are the corks and the bottles, or the containers and labels, even if these do not constitute part of the deal creating the new Ron Santiago S.A.

In these times of so much shortage where all sorts of needed products appear and disappear, Cuban rum, be it the one found in shopping centers bought with the dual currency or in our national currency, has never been lacking from our store shelves. And it’s often been the rum, with its unique qualities, attributes and colors, that has brightened our spirits in the middle of a painful desolation.

Some other regionally produced products that are not well-known nationally have resurfaced, as did the Phoenix, with a new look and quality, for example the Pearl of the North, which, incidentally, does not identify who manufacturers it. There’s also a rum produced in Vueltabajo, Pinar del Rio, that pairs beautifully with the area’s tobacco and rum, and that incorporates a seal that reminds of the well-known Guayabita del Pinar which comes in either dry or sweet. From what I’ve heard, they all look forward to corporate partnerships from abroad.

And it is a fact that rum has mastered the duality of use that brings both joy while lowering one’s timidity. It fulfills important functions both when celebrating a birth or during a wake or burial. More than once have I seen an empty bottle lying in the solitude of a cemetery pantheon. Santiago’s new partners can now claim to be able to drink less, but better.

The quality of the Cuban rum is unquestionable, and that’s according to the rum masters and other specialists. They claim that the sugar cane juice in Cuba is sweeter than others in the region. And that is a good starting point for a higher quality alcohol. The rest is skill, knowledge and the good intentions of the manufacturers.

Juan González Escalona, Cuba Ron S.A. director, in his statement before the press after the signing of the agreement, proved to be a well-versed and knowledgeable executive. Slowly and coherently, without notes or written speech, he praised the work of the Cuban masters and the qualities of our rum. He spoke openly of the lack of money to promote, advertise and market the product. Hence, he emphasized, the importance of the new agreement signed that in its first phase will take us to 2030.

Meanwhile, Lucas Cesaranno, who will lead the new enterprise, was also very precise but cautious when asked about the capital invested. “We are not going to talk about this,” he said in perfect Spanish. On behalf of Diageo and in the face of President Trump’s latest decisions, he clarified that “all measures have been taken and that they have acted in compliance with U.S. regulations.”

A memorable day indeed was held in the Nacional Hotel’s 1930 salon. And the celebrations came to a close as they should, with a refreshing Cuba Libre infused with Santiago rum. The merger between the Cuba Ron S.A. Corporation and the English Diageo should prove to be profitable for both sides.