HAVANA TIMES – She’s 36 years old, but she seems to have lived a lot longer given the map of experiences traced on her own body in ink. Her name is Yenisley Castellanos. She was born in Banes, Holguin, and is one of the first female tattoo artists in Cuba.

Rejection. This word comes up over and over again in our conversation, along with preconceptions, discrimination and sexual harassment. With her skin covered in lines and colors, Yenisley has to face the stereotypes that weigh heavily upon her profession of choice.

“In this line of work, you run into unpleasant situations because you’re a woman. In my case, I’ve faced rejection from other tattoo artists or clients who doubt my skills when they come to my house and see that I’m a woman. They say they are sure I can only do flowers, dolphins, tribal designs on the hip or things like that, simple things. The reality is that I can ink just like any other tattoo artist, I can draw a devil, a gargoyle…”

In addition to these low expectations regarding her skills, she has experienced situations of explicit harassment. “You’re tattooing a client and you suddenly see that he has an erection. Or another guy comes to the studio with his wife, and he touches your leg, while you’re tattooing him, morbidly. Or a cheeky one comes in who tries to kiss you.” What do you do? How do you resolve these uncomfortable situations without it affecting your work?

In the beginning of her career, she would stop what she was doing; many a time a tattoo was left unfinished. Over time, she learned how to be severe and direct with her warnings to demand the respect she deserves.

The tattoo world has been dominated by men, historically. However, more and more women have been creating a space for themselves within this field, over the past few years.

It is still a long and arduous road for women who are just beginning. Even more so back when Yenisley started out in 2003, when she was just 19 years old.

Back then, original tattoo machines weren’t common in Cuba, ink was homemade a lot of the time and artists used acupuncture needles hooked up to a rod, she says. When she started tattooing, it was hard enough for men and seemed pretty much impossible for women.

“We’re more empowered now, surer of ourselves. Over the past couple of years, there are lots of women who are doing tattoos now. It makes me happy because I’m no longer alone.” 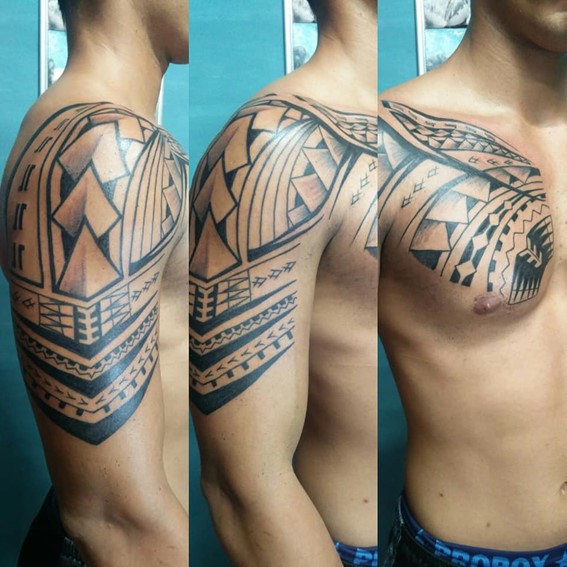 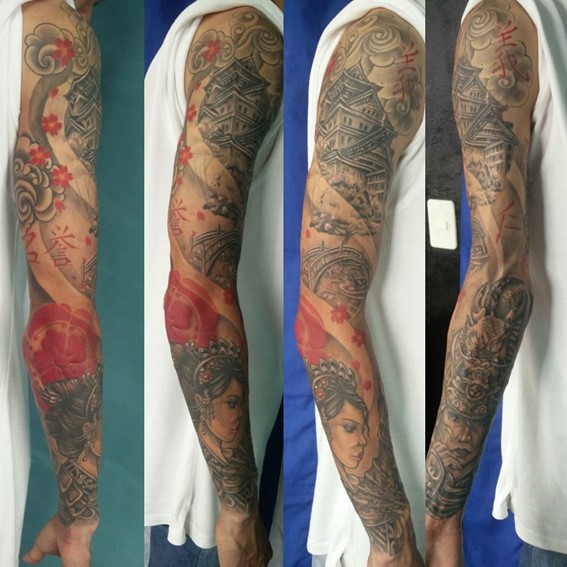 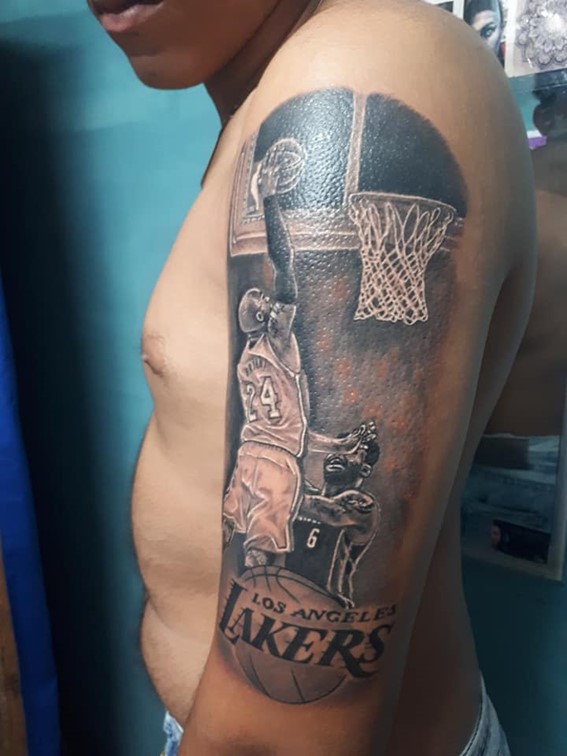 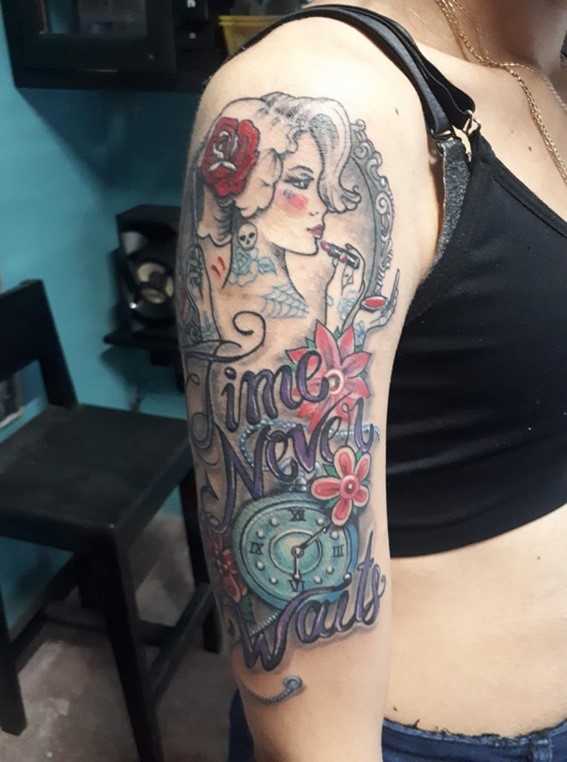 She was a restless child. To get her to sit still at home, she would be given a piece of paper and a pencil or lots of crayons.

“I loved to draw,” she remembers. “However, I wasn’t lucky enough to go to an arts school, as my family didn’t really encourage my vocation. I had to settle for drawing what I liked, taking part in workshops that were interesting and then taking an aptitude test to study Craftsmanship at technical college.”

She also graduated in a radio host course, and she was a cabaret dancer. She dedicated herself to different things before she was inspired by her paternal uncle Marsden Castellanos. “He was the black sheep in the family because of his tattoos and lifestyle.”

When she told everyone at home that she wanted to be a tattoo artist, nobody took her seriously. She was very young and she was a woman: two points that work against her in this line of work.

One day, some boys on her block decided to dedicate themselves to inventing a tattoo machine with nothing but a walkman. “They made a rotating machine and tied some needles to it with a rod from a fan protector. That’s how the boys from my junior high school began to tattoo girls.”

She remembers her first work: “It was a swallow. I must have been 19 or even younger. To tell you the truth, it was horrible. The ink was invented with melted plastic from an electric razor combined with soap. However, the sensation that took over me when I did that first tattoo is one of the best feelings I’ve had in my life. I felt special for doing something permanent for that person.”

Scarcity of inks and instruments could be seen in the final results. “If you compare even the best tattoos from back then with a tattoo from today, it’s a lot worse.”

“Machines were invented, ink containers inside wooden boxes, pedals were also made out of wood or metal, needles were improvised using acupuncture material and rods.” No one can imagine just how hard it was to achieve a more or less average result, she says.

“Today, when I see someone starting out with tattoos, I’m happy for them, because the process is a lot faster. They can learn in one or two years everything that I and those who started out with me back in the old days, learned in five or six,” she says. There is greater awareness about essential hygiene nowadays, and quality inks are lot more available.

Yenisley’s family always wanted her to study a university degree or take on another profession. However, she decided to be true to herself and dedicate herself to what she really loves. In the beginning, she had support from her paternal uncle, who was as modern as she was.

“He always had a lot more information than anyone else I had close to me, because he worked with really great artists in Havana. He knew about the precautions and hygiene measures that needed to be respected, about using gloves, the right way to prepare needles. When I saw somebody doing something wrong and I told them, they would reject me a little. Because I was young and because I was a woman, they thought that I couldn’t teach them anything.”

When her aunt Ivonne saw that Yenisley was taking tattoo art seriously, she began to send her everything she needed from abroad. She built up her clientele based on the quality of her work.

The first tattoo studio she set up was at her daughter father’s house; there, as an amateur still, she did the worst tattoo she’s ever done: some eyebrows. “The girl moved suddenly. I think those eyebrows are what haunt me the most in my life.”

When she separated from the father, she went to live with her paternal grandmother and carried on working there, in the living room. “People would come and ask for ‘the tattoo guy” and when I’d show up with my 90 pounds and 1.45 m in height, they would say that it can’t be. It seems a female tattoo artist must look tough, wearing black, big, rough and with loads of tattoos. In short, more preconceptions.”

She got more and more clients over time. “I eventually stopped doing everything else and just dedicated myself to tattoos. But I was working without any conditions. I had to order a wooden stretcher from the design of an original and telling the carpenter how to make it.

Plus, my grandmother would sit with my clients every chance she got, and would warn them that this wasn’t right, that God didn’t allow us to mark our skin and that we would be punished for it.”

“Being brave isn’t that hard, being a coward isn’t worth it.”

Yenisley talks a lot about her uncle Marsden, a mirror and guide for her. “I went to events and exhibitions with him, I learned more about this work and met other tattoo artists who are already like family now. Banes was too small for what I dreamed of. One day, I received a call from Varadero with a job proposal. They thought that it would be really attractive for them to have “the only female tattoo artist in Cuba” working in their studio.”

She found the perfect place to continue learning and improving her technique in Varadero.

She still suffers discrimination for her tattoos. The mothers of other kids at her daughter’s school give her funny looks at meetings… “as do the teachers and people who see me for the first time. Then, they quickly discover that I’m not anything like the idea they fabricated in their heads. My tattoos form part of my history, of my work and the things I like. There is nothing more satisfactory that proving to everyone that you can do whatever you want with your life and body.”

The thing that Yenisley likes the most though, is her client’s happy face when a tattoo is finished. “They have a part of me, of my hard work and art on their skin, and it will always follow them. That’s the best reward.”

She is tattooing now alone now at her house in Varadero. The studio she worked at closed down because the owner left Cuba, and the COVID-19 pandemic put her projects and plans on standby. The most important one: setting up her own studio with a friend and to continue drawing on skin.

Over almost two decades of tattooing, she has also learned how to be tolerant, to not respond to aggressiveness with more aggressiveness and to adapt to her clients’ personalities and needs.

“I have lots of clients who pass out, companions who can’t stomach it either. Likewise, people of all ages who come all excited to get a tattoo.”

One of them was well over 70 and had come to fulfill a dream he had when he was young. He told her that he didn’t get one then because his parents didn’t let him. Then, people used to say that tattoos were for inmates. Then, because it was a sailor thing, or because his wife didn’t like them. Time passed by. Until he made up his mind. He got four tattoos done, to settle the score with himself.

Yenisley has 30 herself. She got the first one in her teenage years, a tribal design on her hip that she had to cover up every time her grandmother came home. It’s hidden now under the Superman and Batman symbols she has, as they have been her favorite superheroes ever since she was a little girl. She also has a John Travolta tattoo, her favorite actor, and shares tattoos with her partner and some friends.

She has her daughter’s face on her back, next to a tattoo of Arya Stark, the character from Game of Thrones that marked her for her strength and determination: “I’d like my daughter to be this strong, that’s why I put them next to each other.”