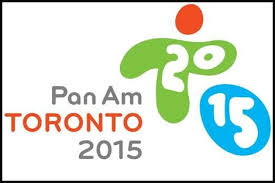 HAVANA TIMES — At the close of the year, each and every one of the millions of people that inhabit this beautiful blue planet sets goals for themselves and make resolutions for the New Year (which everyone hopes will be better than the previous).

We went out to the street to conduct informal interviews with the Cuban public in connection to sports, asking people what they hoped 2015 would bring for Cuban sports. This is what they replied:

Yanio, a construction worker, said: “Victories come first: we want to win everywhere. We’re born winners and what’s been going on these past few years has been a downer for us. We didn’t do too well at the last Olympics and at the Pan-American and Central-American games we finished as expected but it wasn’t easy. We’ll be playing at the Pan-American Games in Toronto in July, and I want for my fellow Cubans to shine there and bring us much joy.”

Marcus, an engineer, says: “It’s going to be difficult battle, because it’s going to be in Canada. I still remember the games in Winnipeg in 1999. There, they did everything they could to beat us out for second place. They even accused us of doping, accusations that were never proved, but we came in second nonetheless. Now, with the number of athletes we’ve lost in recent years, things are going to be even more difficult. At any rate, I would of course want for us to win as much as possible.”

Hector, a student, said: “We shouldn’t forget that, in Toronto 2015, we will be competing to classify for the Rio Olympics in 2016. That makes the games even more important, and probably even tougher, because everyone’s going to want to get the ticket whatever chance they get.”

In this connection, we interjected to remind interviewees that we will be seeing that at different events throughout the year in nearly all sports.

Abilo, a street sweeper, says: “I believe boxers will have the least problems, because they’re going to have the World Series of Boxing (which is about to start), a competition that was a piece of cake for them last year, in addition to the World Boxing Cup. If they don’t make it there, they’ll probably do so in another Pan-American tournament.”

“Yes,” Jesus interjects. “The World Series is more important this year because of that, and the best from other countries are going to fight harder. It won’t be like last year, when Cubans had only one or two good matches in the entire season.

Omara, a homekeeper, adds: “Well, what I would want to see is all athletes playing wherever they want to, even in the United States. It’s sad to see how many players we lose every year. Contracts through official channels are few and far between and young people have no patience. I would want 2015 to be the year in which things start moving in this sense, and for all sports.”

“It’s true,” Gerardo says. “It’s time to allow soccer, volleyball and all other players to play where they want to or where they’re wanted. There are so many sport talents in Cuba that we won’t have a shortage of offers, they just need to open the doors so that everyone can address their own financial problems without having to quit the sport in Cuba. Sure, someone could get hurt playing abroad. It could happen to a player one year and to another a different year, but most will be available to play, as the is the case everywhere, and they’ll represent Cuba with pride.”

Xiomara, a student, adds: “And why not approach those who’ve left? There are plenty of baseball and volleyball players who’ve left and are dearly needed by Cuba’s national teams. We have to get past this business that they are traitors once and for all. All countries participate at important events with the best they’ve got, and Cuba is reckless enough to discard many that could help its teams considerably.”

Who could deny that Cubans have baseball in their blood? Many of those who shared their opinions with us focused on our national sport. We will of course exclude individual wishes and preferences as to local teams, because that would make this post endless.

Though these opinions were gathered in Havana, we all know that people from around the country live in the capital and that the majority continues to root for their teams (and it would be impossible to please everyone). Below are the most widespread opinions:

Maximo, a secretary, says: “The first thing is Caribbean Series (Feb. 2-9). What happened to Villa Clara last year was embarrassing. So much so, that people are talking about sending a Cuban team with only two or three people from Pinar del Rio. People from Pinar del Rio don’t like that, of course, but we’re talking about an international competition where Cuba’s prestige is at stake. If we make another scene, they won’t invite us back.”

“Exactly,” Moises iterjects. “We’re playing at the Caribbean Series as guests, not like the other countries that are full members. Any invitation for any sporting event is meant to have the guest raise the standard of the tournament, or to at least rise up to the challenge, and what happened to Villa Clara was regrettable. It was the first time in many years, true, but we can’t allow Cuban baseball to fall into disrepute like that. Many Caribbean leaders called for Cuba’s inclusion because of how talented Cuban baseball players are, we can’t let them down.”

Carlos Alberto, another construction worker, adds: “Well, I don’t really care about the Caribbean Series. There’ll always be a moral commitment towards the champion anyways. What I want Cuba to win is the Premier 12 World Baseball Championship, which should gather the best teams from the last World Baseball Classic. It will be held at the end of the year, so all of our rivals are going to be in better shape than they were in March, when the Classic is played, when nearly all of them are only getting in shape after their vacation.”

A photographer, Ismael, says: “There’s still a lot of time left and we don’t know what team is going to compete from each country. I hope the best get to compete and we can defeat them; that would be headline news. I heard through the grapevine that the Cuban authorities are going to invite those playing in the Major Leagues, but I’m sure that won’t happen in the end. My wish would be to see them represent Cuba, those here and there; that would be very nice.”

One thought on “Sport Wishes for Cuba’s New Year”