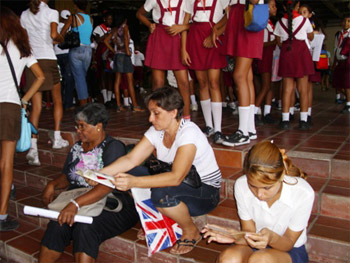 HAVANA TIMES, March 5 — As is now customary, the Cuban International Book Fair is held each year around the country, beginning in Havana and then traveling to the various provincial capitals.

Arriving in Santiago de Cuba this time was the 21st edition of this “grand festival of literature” (which is one of the epithets used by the media to promote the event).

I should warn you, though, that this year it was less of a cause for celebration than previous occasions, though it should be explained that each year the quality of these events sponsored by Cuban publishing houses has declined.

I went to the fair to buy a few of the books promised in the promotional materials that were circulated by e-mail to all offices in Santiago de Cuba. In those synopses, the selection looked quite attractive.

According to the ads: 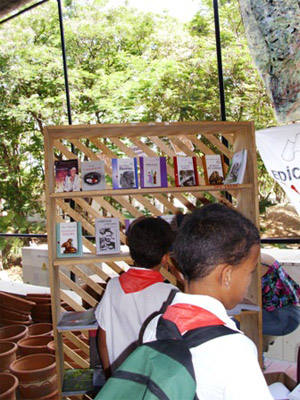 Similarly, “Jose Marti Press” and “Letras Cubanas” would be issuing 16 titles, but these would be new releases as well as reissues of the most relevant of our literary works from both the past and present.

And so it continued with the appearance of the names of other publishers such as the Casa de las Americas, Oriento and Abril Press, among many others.  In all, these formed a list of 380 titles with a total of 3,375,000 copies for sale.

What was frustrating was to see that those vast quantities reported failed to relate to the actual numbers available at fair sales points. In addition, people complained about the condition of the books, how some listed the printing errors while others didn’t, and how some failed to indicate their category of literature and about the insufficient copies.

The designation of “book fair” is only a pretext. The last thing you’ll find there are aficionados of reading. Rather, what are there are lots of primary, secondary and middle school students who are brought there by their teachers or librarians as one of the activities they’re required to attend. Few of them really care for books.

The smallest children are attracted to the fairs by the artistic performances and the large variety coloring books, while teens shoot straight for the CD and DVD shelves to see if they can find the most popular reggaeton tune of the day. Older readers go directly to the arts and crafts stands, while those people actually seeking books find little more than disappointment.

There’s more food, crafts and souvenirs than books, leaving you with the impression that you’re in any other type fair than what was reported on TV and other media.