HAVANA TIMES – The Cuban economy already looked bleak before the start of the current pandemic. Productive activity had been slowing down markedly since 2016. Average annual economic growth in the 2010-2015 period was 2.7 percent, while it fell to 1.4 percent between 2016 and 2019.

This situation was due to factors such as the economic crisis in Venezuela (Cuba’s main trading partner), the cancellation of contracts for the provision of medical services (Brazil), the end of the tourism boom, the limits and contradictions of the internal economic reform, and the new United States sanctions. The latter have negatively impacted several key areas, from trade and foreign investment, to visits by Americans. In 2019, new U.S. punitive measures affected the sending of remittances, the import of fuel, and the activity of foreign companies that operate on the Island.

The weight of certain factors, and their precedence, continue to be a hot topic of debate. Unfortunately, the different mitigation options have been politicized when being considered by the Cuban authorities. For the average citizen the clearest symptom of economic problems is the increasing shortage of products of all kinds, including essential items such as food, medicine and fuel. For 2020, the Cuban government planned an increase of about 1 percent of GDP. Just as quickly as it seems, this is no longer a matter of the past.

COVID-19 and its impact on the economy

Economic forecasts have become outdated in a matter of two months. The situation has been modified so abruptly that international organizations and specialized entities only now begin to change their forecasts. All forecasts should be taken with caution, because the uncertainty is very high. 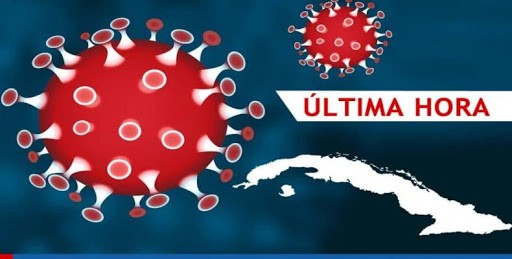 The Organization for Economic Cooperation and Development (OECD) estimates that the decline in economic activity in advanced economies will be around 20-25 percent, during this period. In a moderately optimistic scenario, the effects will be felt mainly in the first half of this year. The almost total closure of the movements of people and key industries for three months, may represent a year-on-year drop in GDP of between 4-6 percent, at the rate of 2 percent each month.

Those numbers represent a deeper recession than the 2008-2009 one. The effect on the dynamics of GDP in the year will depend on the magnitude and duration of confinement, on the resilience of demand, and on the implementation of monetary and fiscal stimuli. The latter begins to take shape in some large economies such as the United States, Germany, France, the United Kingdom, and Spain. For example, in the United States, committed fiscal resources are equivalent to 10 percent of GDP.

At the sector level, tourism, aviation and those sectors with the most valuable networks would suffer the greatest contractions. The World Tourism Organization (UNWTO) estimates that travel will fall by 20-30 percent, a proportion similar to that of income. The economies most dependent on tourism will be greatly impacted, countries such as Spain and Greece in Europe, and the Caribbean countries in Latin America.

The United Nations Economic Commission for Latin America (ECLAC) identifies at least five channels of transmission of the economic crisis in Latin America. A first channel is the effect of the economic contraction on the main trading partners. Regional exports to China were estimated to drop more than 10 percent. A second channel is tourism. The most important emitters to the Caribbean are strongly affected by the epidemic, such as the United States, Spain, Germany, France, the United Kingdom, and Italy. If the travel ban lasts for three months, tourism activity would contract as much as 25 percent.

The interruption of valuable global networks would generate a negative impact, especially on those economies with the highest level of integration within them, such as Mexico, for example. A fourth vehicle would be associated with the fall in the price of basic products. Experts estimates that metals and energy are the most vulnerable groups, in that order. This is due to the contraction in their demand. A fifth channel is linked to the uncertainty associated with foreign investments, and the deterioration of financial conditions.

We can add a channel that would especially affect Central America and the Caribbean: remittances. Mass unemployment and declining income in rich countries can reduce the volume of these flows. The Inter-American Dialogue estimates that shipments would drop 5 percent during this period. But this will depend on the duration of the crisis, the speed of the recovery, and the magnitude of the support to sustain the income of the families.

The impact in Cuba and the measures announced by the authorities

ECLAC anticipates a contraction of GDP in the Latin American region of 1.8 percent. Cuba enters this phase of the global recession with great vulnerabilities that could not be resolved during the last decade of reforms. We expect the Island’s GDP to enter negative territory in 2020.

The Island’s economy will suffer a substantial negative impact: open, and under heavy sanctions, dependent on tourism, and with no access to any external compensation mechanisms in the form of contingent loans from international financial organizations. The delay in structural reforms, including the transition to a more adequate monetary and financial system, will surely be felt even more under the new conditions. This highlights the urgent need to learn the lesson that decisions should not be postponed while waiting for a “better set of circumstances.” Life teaches us that there’s no time like the present because the future is unknown.

The Cuban economy will be affected both by the global recession and by the negative effect derived from its own restrictive measures, which must be restrained and proportional. Externally this crisis represents a worsening of financial difficulties from the impact on tourism and the rest of the exports, remittances, and foreign investment. Until February of this year, the arrival of visitors had decreased 16.5 percent. On the other hand, it is too early to know what the positive economic effect will be derived from the export of medical services; and some drugs such as Recombinant Human Interferon Alpha 2b, which has been shown to be effective in the treatment of COVID 19.

Given this reality, rationing of essential products is an inevitable step to guarantee minimum levels of consumption. Rethinking the priorities for investments and reducing their total volume is reasonable. If the enormous hotel investment was not in correspondence with linear occupancy levels of about 38 percent, in the current conditions there is only room for a thorough rethinking of its pace and magnitude.

While the increase of food production is a necessity, the success that can be achieved in the short term is debatable. The sector has not stopped being a priority, at least in public discussion, since 2008. What has failed is the innumerable measures, which come from a faulty approach, anchored in a paradigm that has demonstrated its inability to overcome limitations. This is the case, not only for agriculture, but for the rest of the economic system.

What can be done?

A key element in the Cuban response is its success in confronting the epidemic, for what it represents in human lives, and in the prospects for a rapid recovery. Several of the sectors that can lead the takeoff depend critically on this objective. If this objective is reached, the robustness of the Island’s health system will be confirmed. This would positively influence international tourism, the possibility of opening new markets for medical services, consolidating or expanding existing agreements, and drawing attention to the capabilities of the biomedical industry. A milestone has already been reached: sending professionals to First World countries (Italy and Andorra), while new destinations have not been ruled out. Of course, substantive modifications are required in the characteristics of these contracts to make them sustainable over time and complying with the most demanding standards.

Internally an extreme situation like this should serve as a catalyst for the transformations that the Cuban economic model requires. A priority is agriculture. Calls to increase agricultural production in order to substitute for imports, which are decades old, must be endowed with content. If the essential problem of the sector is one of resources, as is very often suggested, then it seems clear that presently production will not increase, however necessary. If better results depend on paralyzing the rest of the economy, we have an even bigger problem. It is high time that the current production and distribution system is recognized as a resounding failure and needs to be reviewed from the bottom up. In that review, the private and cooperative sectors must be empowered.

Confinement and social isolation have socioeconomic effects that must be taken into account. Some of the governments that are facing huge crises in their countries, such as Italy, recommend “gradual measures, according to the appropriate criteria and proportionality.” This is an even more relevant issue for Cuba, devoid of external compensation schemes and with an already precarious economic situation. The ability to implement stimulus plans from the budget is very limited. Both due to the scarcity of resources and the fiscal situation. In 2019, the deficit in public accounts was estimated at 6.3 percent.

In the case of workers and the self-employed sector, several measures were announced, which were implemented by the current legislation, to protect their salaries. However, there is one group that requires special attention: self-employed workers. It seems sensible to assume that alleviating the tax burden is not enough to protect your earnings, which is also that of your families. They are taxpayers, therefore they have the right to some type of protection by the State. Perhaps some type of soft credit can be considered, and shared by their employers in a certain proportion.

Finally, certain macroeconomic balances such as price dynamics were already compromised. Repressed inflation and shortages, primarily due to supply deficits, can only worsen. With the virtual elimination of the individual importation of merchandise, the lack of all types of consumer goods for self-employment will worsen. And this will only produce additional pressure on inflation.

The authorities began the year with more than a few economic challenges. Things just got a little tougher.

3 thoughts on “The Cuban Economy Before and After COVID-19”