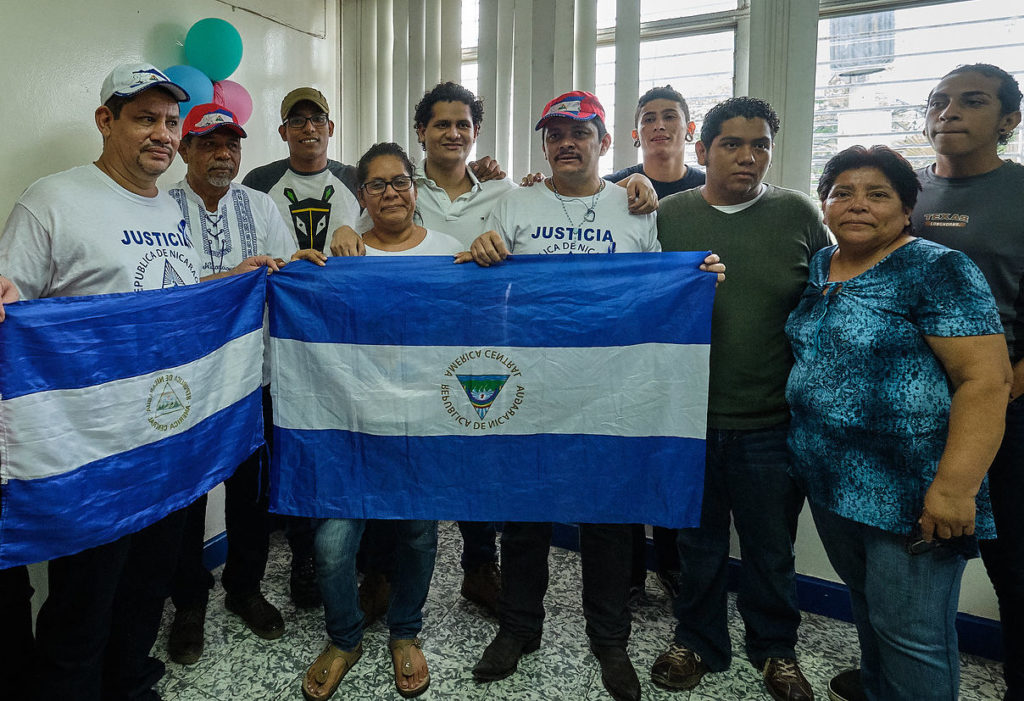 Six-years after the canal concession, the peasant movement that rose up against Ortega, persists in its struggle despite jail and exile

HAVANA TIMES – The canal megaproject of Daniel Ortega and Wang Jing arrives to a key date in its null existence. The contract established that it must be dissolve in 72 months, if the investor has not obtained the money to start the project, and the Chinese entrepreneur has not succeeded in getting the 50 billion dollars he promised for the work. The peasants who have been the fundamental counterweight to the canal concession, considering it a violation of national sovereignty, are awaiting the date jubilantly.

Members of the anti-canal peasant movement, who joined the civic rebellion that broke out in April 2018, have been political prisoners of the regime, are exiled or have been massacred in the mountains of the center of the country under government impunity, but they believe that their struggle, denouncing the attempt to “expropriate land,” has been key to demonstrate the technical and commercial infeasibility of the interoceanic crossing.

Now, the peasants who organized one hundred marches against Ortega’s concession to Wang Jing, are preparing to demand the repeal of Law 840, although in a discreet way: some from Nicaragua in semi-hiding, others in exile, or just recovering their freedom after being political prisoners in the jails of the dictatorship.

That vigorous peasant movement, born in the fertile furrow of Nicaragua, is no longer the same six years after the announcement of the canal adventure. The rubber boot, the machete to the belt and the sombrero that shaped the first great resistance to the Government of Daniel Ortega and Rosario Murillo, is currently disperse, and also somewhat fractured.

The reasons for the dispersal are several. The members of the National Council for the Defense of the Land, the Lake and Sovereignty refer unequivocally to the repression unleashed by the regime for joining the April Rebellion.

From exile, Francisca Ramirez and Henry Ruiz enumerate the threats and harassment suffered from supporters of the ruling party that force them to leave their land. They also emphasize that five of the 15 leaders of the National Council—plus other peasants—have been abducted by the regime.

The first detainees were Medardo Mairena and Pedro Mena, at the Managua International Airport, on July of 2018. They were followed by officers of the National Board: Lener Fonseca and Ronald Henriquez, and the territorial leader Victor Manuel Diaz.

The peasant and member of the Council, Freddy Navas, who was hiding in a safe house the capital, was also captured, and now accused of terrorism and other crimes. There are other peasant leaders who continue to be semi-clandestine in safe houses.

Meanwhile, in exile remain Henry Ruiz and Francisca Ramirez, plus Manuel Soza, Juana Juarez and Nemesio Mejia. But the dispersion of peasants does not only have to do with official repression.

“We only recognize Medardo”

Mairena was released on June 11th, and he assured the same afternoon, at a press conference, that “as long as Law 840 continues in force and is not repealed, it is a latent threat for peasants,” The peasant leader maintains that he will continue in the struggle until achieving the law is repealed.

Ramirez expressed her wish that Medardo Mairena could return to represent the peasant movement within the Civic Alliance.

Environmentalist lawyer Monica Lopez Baltodano, former legal adviser of the peasant movement, was one of the most diligent examining Law 840, the Concession Framework Agreement, and all the implications of the canal project on Nicaragua.

Lopez stressed that clause 15.2 of Law 840 is categorical in establishing that the impossibility of obtaining financing for the megaproject is cause for its termination. Furthermore, it establishes that 72 months after June 14, 2013, the concession of said megaproject may be terminated. That deadline was June 14, 2019.

“If we had a democratic government, the president should notify Wang Jing that the contract is cancelled, and request the repeal of Law 840 to Parliament,” said Lopez Baltodano. “But, since we obviously face a murderous and dictatorial regime, to achieve the derogation of Law 840, we must unite to bring about the prompt departure of the Ortega-Murillo regime from power, because its absolute control of the legislature has blocked all the citizens’ efforts to achieve the effective repeal of the law,” she insisted.

The lawyer recalled that Law 840 is the law against which the most appeals have been filed in the history of Nicaragua. When it was approved in 2013, more than 40 lawsuits were filed for unconstitutionality, which were arbitrarily rejected by the Supreme Court, due to the total control that Ortega has over that State power. As of this date, there are two open cases against the canal concession, before the Inter-American Commission on Human Rights (IACHR). According to Lopez, they will soon also reach the Inter-American Court of Human Rights.

The canal project framework, under the umbrella of Wang Jing’s HKND company, was established through 16 briefcase companies, registered in different tax havens, such as the Netherlands and the Cayman Islands. The purpose, supposedly, was to manage the financing of the megaproject.

“However, after six years, and given the obvious financial failure of it, which includes the collapse of Wang Jing’s personal fortune on the Chinese financial markets, it is worth asking: have the Ortega-Murillos used this network of briefcase companies to launder money which was in the hands of their Caruna-Albanisa-BanCorp?”, asks Lopez Baltodano.

The lawyer also asks that if now that the Ortega-Murillo Bank (BanCorp) has been sanctioned by the United States, and suddenly closed, could they be using this network of canal companies to mobilize money towards tax havens? We take advantage of this opportunity to place an international alert, and encourage the corresponding agencies to investigate this network in depth,” she recommended.