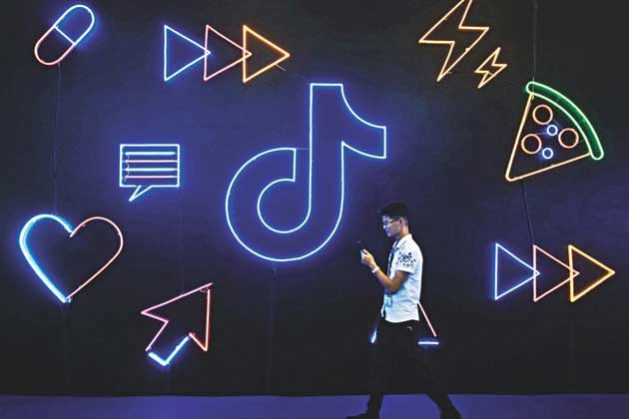 HAVANA TIMES  – “What do you get from the TikTok videos? Do you prefer the platform for entertainment, passing time or for connecting with your friends? I have seen comical videos, venting sessions and some that do not make any sense what so ever and some are just rude, making fun of others.” I asked the 14-year-old k-popper teenager flipping through the pages of a manga book while he chose to respond in English coming from a Spanish speaking family and studying Mandarin as a third language.

The reply was not quite as I expected and it compelled me to look into the reason ‘why’ rather than ‘what’. To better understand the reasoning I personally communicated with 23 teenagers who actively use this platform coming from 15 countries and each seemed to add something unique to their responses.

TikTok is a video-sharing social networking service owned by ByteDance, a Beijing-based company founded in 2012 by Zhang Yiming. It is used to create short lip-sync, comedy, and talent videos. The application allows users to create short music and lip-sync videos of 3 to 15 seconds and short looping videos of 3 to 60 seconds. The app is popular in Asia, the United States, and other parts of the world. TikTok is not available in China, and its servers are based in countries where the app is available.

TikTok is by far one of the world’s most downloaded apps in recent years, having surpassed both the one billion and 1.5 billion downloads mark on the App Store and Google Play in a single year in 2019. The app reached its first billion only as recently as February 2019 and took just under eight months to gain half a billion more.

As a 90’s child growing up with MySpace then Hi5 and now keeping social ties with my friends and families over Facebook and Instagram, TikTok seemed like unknown territory, and putting it into a well-defined genre seemed impossible. Surprisingly 41 percent of TikTok users are aged between 16 and 24. Another 24.5 percent of the visitors’ ages 18 and older fell into the 25 to 34 age group.  The number count of users is increasing at a rapid speed.

Coming back to the responses I received from the young Generation Z, it seems like the appeal is a mix of various trigger factors. Similar to any form of social interaction this completes the void of connectivity, expressing emotions and need for getting the point across. Here they can experience the raw emotion with added drama.

For any human being, especially for teenagers, it is an inborn and sometimes desperate need to get their point across without being judged. To socialize, express and then to entertain themselves is a necessity and this can be daunting for some facing peer pressure, following social and community expectations and largely adhering to the geographical location, the mindset of others around him or her while abiding the family traits.

Tiktok videos are short and give a burst of entertainment from mostly non-celebrities and from people who are easy to relate to. The content is generated at home, rarely revised and formally formularized. There are most times no scripts, formality or preparation. People put themselves out there and be silly, open, serious and at times vulnerable. So for a teenager, it becomes relatable. And they can see the real person in the video, experiencing life and doing something as compared to a picture or status it becomes more valid.

And all this happens with the buffer of having a screen. There is no pressure of being uncomfortable with breaking the ice or make small talks to start the conversation or even need to look into someone’s eyes while conversing. And as most of the content is shared in public or showcased to a group of mutuals or friends, the target audience can be selected and a comfort zone can be established.

The fun, yet conflicting aspect of TikTok is that the person uploading the video content makes fun of themselves and expects mixed reactions. Here an expression can be shared without being direct or oppressive.

Rather than talking over the phone, many prefers to communicate through a media. Even when teenagers hangout, they will have their phones open and at times communicate through an online message or group chat, while being present in the same room. And this communication gets an edge when it is paired with a very short video where a person can see the facial expression, surroundings and read the body language. They put themselves out there to engage, socialize and sometimes be even evaluated by the peers.

Yes, there are issues and misuse or even scope for cyberbullying, pedophilia, body shaming, information leaking, and exploitation through social media platforms but these are not keeping users from taking part and exposing themselves. Many users are well aware of the negative factors before posting the content but end up posting the content either way.

With new technology comes new challenges. An article published by UNICEF on February 2020 where one of TikTok’s biggest stars mentioned that she gets hundreds of thousands of hate comments every week, often focusing on her body and weight. Similar to her story many other social media users have voiced concern of hate comments and cyberbullying.

But on follow up they have also found a way to cope with and channel their frustrations in productive ways seeking help and being vocal. Many teenagers learn actively and passively from experiences shared by these stars and learn how to deal and how to ask for help if they face such issues.

The United Nations International Fund for Agricultural Development (IFAD) is spearheading the virtual dance petition as a means to empower an estimated 1.2 billion people aged between 15 and 24, over 80% of whom hail from developing countries. More than 5000 people have already taken part in this venture. The UN is stepping up the fight against world hunger by inviting young people to #danceforchange on TikTok to persuade global leaders to do more to invest in rural youth and agriculture.

Another example of using the social media platform to get the voice across is the interactive approach, where the younger generation can relate to and engage. TikTok has teamed up with the United Nation Women to raise awareness about violence against women in India

The #KaunsiBadiBaatHai campaign has attracted more than 887.5 million views as of Monday. It is part of a larger initiative by UN Women of activism against gender-based violence. The World Health Organization and the United Nations have also engaged through TikTok to spread service announcements about coronavirus in an attempt to reach teens with reliable information.

In any of the social platforms time and space also has no barrier what so ever. A person can be in India while the first viewer can be from China and the first commenter can be from Uruguay. So when someone posts, they have a massive audience. Trends, voices, global issues, anything, and everything can be a topic. And it is interesting that apart from entertainment, many pressing topics like politics, climate change, social issues gain momentum with these short videos.

From my discussion, it was pleasing to know that most teenagers are aware of climate change and are voicing concerns. They are equally alert of immigration and refugee situations around the globe, racially targeted factors, political tensions, social injustices, abortion issues and so on.

It was important also to learn that many have reached out seeking support and information from various organizations dealing with depression, suicide prevention, domestic violence, rape, bullying, pregnancy, LGBTQ issues and were voicing out using TikTok platforms.