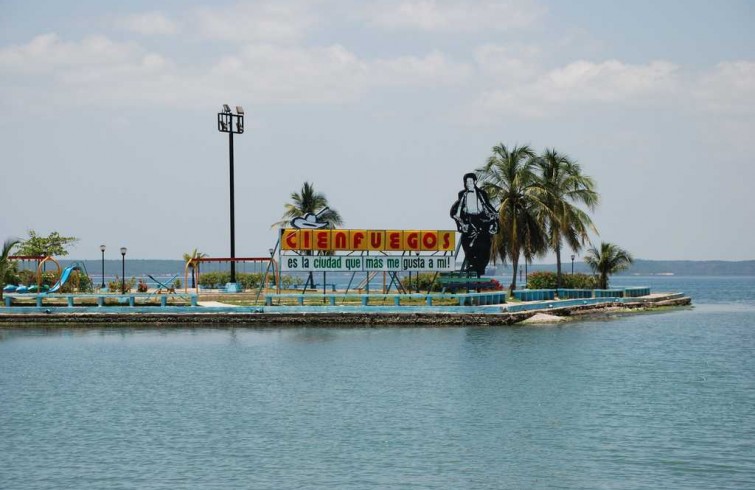 HAVANA TIMES — A rare dermatitis caused by contact with microorganisms found in the sea has prompted fears in Cuba’s habitually quiet city of Cienfuegos. Several people – mostly children – have arrived in hospitals with rashes and skin lesions over the past two weeks.

“The doctors didn’t seem to know what it was,” Maria del Carmen, a young mother of three told OnCuba, after visiting (as she has often done) the bathing area that locals call the “Youth Circle.” “My children were diagnosed with intoxication, impetigo and dengue. My little girl was kept in the hospital for four days under a mosquito net, until the rash went away,” Maria recalls.

The son of Anay, another woman from Cienfuegos, also presented the same symptoms: sudden reddening and itching in the genital area. Unsatisfied with the response she received at the pediatric hospital, Anay contacted the Center for Hygiene and Epidemiology and the Public Health Bureau, where they were unaware of these incidents.

Spreading rumors about contaminated beaches and the almost 60 cases seen at the emergency ward forced authorities to look into the matter. On Sunday, July 26, they closed the Youth Circle beach, but bathers have moved to other, nearby areas, all neighboring the city’s renowned Hotel Jagua.

Past spills of toxic chemicals (such as caustic soda and ammonia) in the nearby industrial area – spills whose repercussions are still being monitored – gave rise to several unofficial versions of the incident, suggesting a new spill had been washed ashore. The phenomenon was also blamed on bacteria and even an unprecedentedly aggressive form of the so-called Caribe, a marine microorganism common in Cuba’s southern shores which produces skin irritation upon contact.

To date, however, the only information that has been confirmed is that the incident was caused by a “red tide” of toxic micro-algae.

“We noticed a massive spread of algae (…) and came across a marine micro-algae that is notorious for its toxic properties,” researcher Auguto Comas, from the Cienfuegos Center for Environmental Studies (CEAC), explained on television.

This is not the first time an incident of this nature takes place. A significant rise in the populations of these microscopic organisms had been detected in 2005 and 2009, but no harm to individuals was reported. There are very few incidents involving skin damage caused by red tides in the documentation on the subject, or so explained the scientist mobilized to determine the reason behind the disquieting rise in affected bathers.

Even with his team’s best efforts, the cause behind this rare dermatitis will never be anything more than “probable.” Researchers at CEAC have explained that their laboratories lack the funding, equipment and control materials needed to determine the specific microorganism at play. Currently, they know only that it belongs to the huge micro-algae family Aleandrium, which produce paralyzing toxins and affects fish and bivalves that consume them.

Despite their limited resources, over the years, experts in Cienfuegos have described several species of toxic miro-algae in the Jagua Bay ecosystems and south-laying seas. One of the more recent studies detected a microalgae in Guajimico, on the coast next to the Trinidad highway, which causes conjunctivitis, laryngitis and skin rashes in other parts of the world. However, these new species, come across in the bathing areas of Punta Gorda, Cienfuegos, have nothing in common with their high-sea “relatives.”

Why now, and what can be done to hold back this red tide? These are some of the questions being asked by researchers, politicians and residents of Cienfuegos. “Environmental conditions such as heat, scant rainfall and a rise in the volume of nutrients in the bay area caused by inflows from rivers, favored the reproduction of these micro-algae,” a Ministry of Science, Technology and the Environment expert told the local press. Apparently, all we can do is wait for some heavy downpours to completely wash away the mass of algae that is in plain sight on the shore.

Eating fish infected by these algae is also dangerous to human health. It constitutes the next health risk authorities are now pro-actively trying to prevent, cognizant (as any average Cuban would be) of the many unlicensed fishers who sell their products on the street and to the city’s private restaurants.

4 thoughts on “Toxic Algae in the Bay of Cienfuegos, Cuba”