HAVANA TIMES, Dec 9 — When confronted with the many expressions of racism in postrevolutionary Cuba, spokespersons and apologists for the regime have historically claimed that these are leftovers or remnants of the capitalist past that will fade with the passage of time.

This type of explanation tends to emphasize the role of individual prejudice and minimize the role of ongoing institutional discrimination on the island.

A frequent implication of this “remnant” or “leftover” argument is that expressions of racism will eventually disappear even in the absence of social and political action.

When regime leaders have occasionally recognized that some action was needed, the urgency of the problem became diffused because racist ideologies and practices were seen as having limited social consequences due to the notion that they affected only private and family relations, over which the government had little control.102

Is there an alternative approach to that based on the Cuban government’s explanations and apologies that would better explain prerevolutionary and postrevolutionary racism in Cuba?

Such an explanation should start by dealing with racism as a system of power and social-structural relations. One racially defined group—Cuban blacks—has been historically deprived of power and access to resources as the result of being the object of discriminatory conduct by primarily the white upper and upper-middle classes.

Discrimination suffered at the hands of the white lower-middle and working classes, while less weighty and consequential from a societywide perspective, has nevertheless been real as well.103 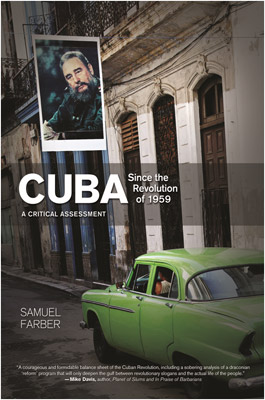 From this perspective, the historical role of prejudice—expressed primarily as an individual attitude—has been to ideologically justify and help to maintain the power disparities essential to the continuation of racial discrimination, which constitutes the heart of racism.

In Cuba, just as in the United States, discrimination has been primarily carried out through institutional arrangements. These include justice and correctional systems, housing and occupational patterns, and ruling party hierarchies, which, by virtue of being institutionally and systematically entrenched, do not depend on the prejudiced attitudes of individual power holders for their continuation and survival.104

From this perspective, it is clear that prerevolutionary Cuba was a racist society even though the overwhelming majority of whites, and a significant proportion of blacks, may not have seen it as such.

Although Cuban racist patterns were different from those of the United States, both racist systems originated in slavery and continued to be reproduced by postslavery social and economic institutional arrangements.

The Cuban Revolution succeeded in abolishing the system of private capitalism, establishing in its stead a new state bureaucratic system with a new type of ruling class.

When it came to race, it carried out some important reforms in race relations, such as the desegregation of beaches and provincial parks, and class-based reforms, such as in the areas of education and health, that disproportionately benefited black Cubans.

But only a long-lasting vigorous campaign of affirmative action and authentic multiculturalism could have brought about a clear break with the past—a revolution, and not just a reform, of race relations.

The autonomous, independent organizations of blacks (as well as of workers) were abolished, and they were left with no agency of their own through which they could struggle for and force democratic and liberating changes.

Thus, institutional racism, although reformed, continued to exist in postrevolutionary Cuba and significantly worsened during the Special Period that began in the nineties.

Racial prejudice continued to exist after the revolutionary victory, but not because it was, as the revolutionary leaders maintained, a remnant or leftover from the capitalist past. Instead, prejudices fed on the continuing reality of black powerlessness, disadvantage, and subordination in many areas of life. 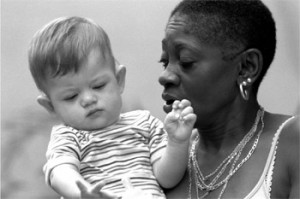 As the living conditions of black Cubans deteriorated during the Special Period of the nineties even more than those of whites, so did white prejudice significantly increase. In fact, the reforms carried out by the revolutionary government, which, although real, fell short of an overturn of the prerevolutionary racial order, had the perverse effect of creating new forms of racial prejudice.

Thus, a forty-year-old Cuban white male physician could claim in the mid-eighties: “I have a theory that could be considered fascist, but to me blacks are inferior to whites in regard to their intelligence coefficient. In support of this theory I contend that in Cuba, where for thirty-five years blacks have had the same opportunities to study, there is no evidence that they can equal whites. How can one not think that genetic heredity affects them neurologically and makes them different, that is, inferior.”105

103. Thus, for example, the union of workers at the electrical utility, one of the most militant and anti-Batista unions in the country, collaborated with the employers in barring blacks from employment in the industry and from membership in its Cubaneleco social club and baseball teams.

104. My approach and perspective are influenced by and draw heavily on the pioneering work of the UC Berkeley sociologist (my former teacher) Robert Blauner. See his Racial Oppression in America (New York: Harper and Row, 1972). His disciples (and my fellow graduate students) Stephen Steinberg and David Wellman have continued to work along the paths originally opened by Blauner. See, for example, Stephen Steinberg, The Ethnic Myth: Race, Ethnicity, and Class in America (Boston: Beacon Press, 1989); David T. Wellman, Portraits of White Racism (New York: Cambridge University Press, 1977); and Michael K Brown et al., White-Washing Race: The Myth of a Color-Blind Society (Berkeley: University of California Press, 2003).

One thought on “Understanding Racism in Post-Revolution Cuba”