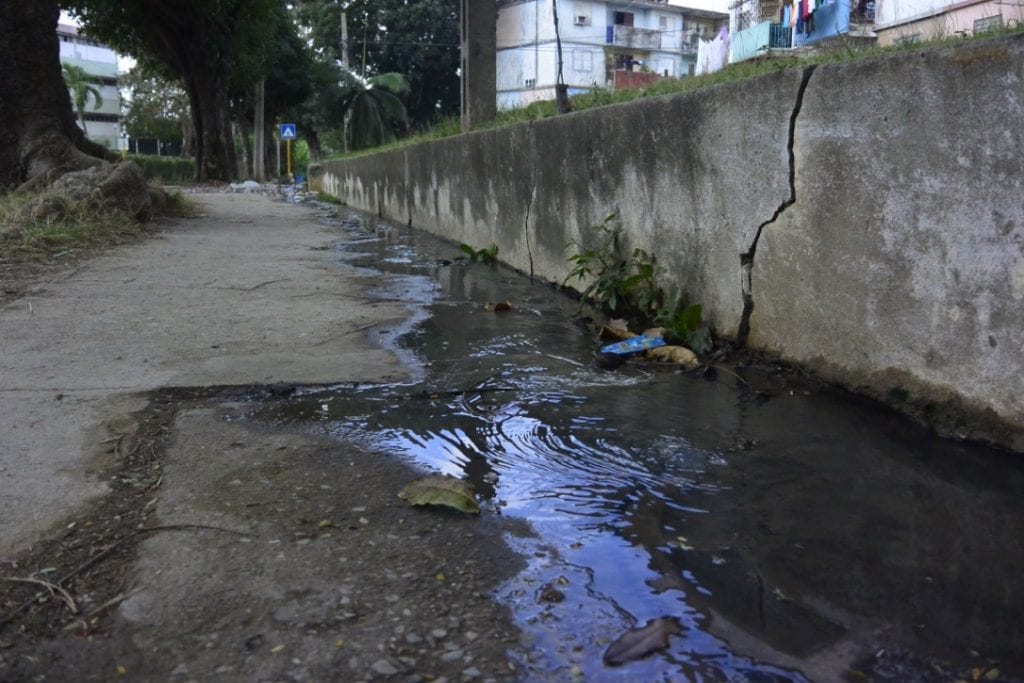 HAVANA TIMES — These springs have become a feature of our daily reality. If only they really were natural springs. But, truth is that they are just sewer leaks. In the photos, you can see two leaks which are less than 10 meters away from each other, so they are more like a river network than springs really.

According to journalistic rigor, I should cite the place and time so my statements can be verified, but that’s not important here. You don’t need to go out hunting for this sad landscape. You can see it all over Cienfuegos.

As a Cuban citizen, I am concerned about just how frequently this happens and I have looked into why this is happening. Maintenance teams come to repair the leak. However, their paperwork takes much longer to complete than it does for new leaks to appear. What’s going on? Nothing new, nothing that we don’t know already. The water infrastructure has collapsed, maintenance works have been neglected for a long time. They are quite simply more concerned about five-year plans, fantastic of production projections and have stopped worrying about basic matters such as regular repairwork which needs to be done.

Today, reality is that both sewage and drinking water pipes are in a very bad state. Repairs are just temporary solutions which don’t solve the problem. Sewage water has mixed with drinking water on more than one occasion. I’m sure that this is one of the causes for the epidemics that our nation has suffered. This kind of news is kept so secret that it borders fanaticism. 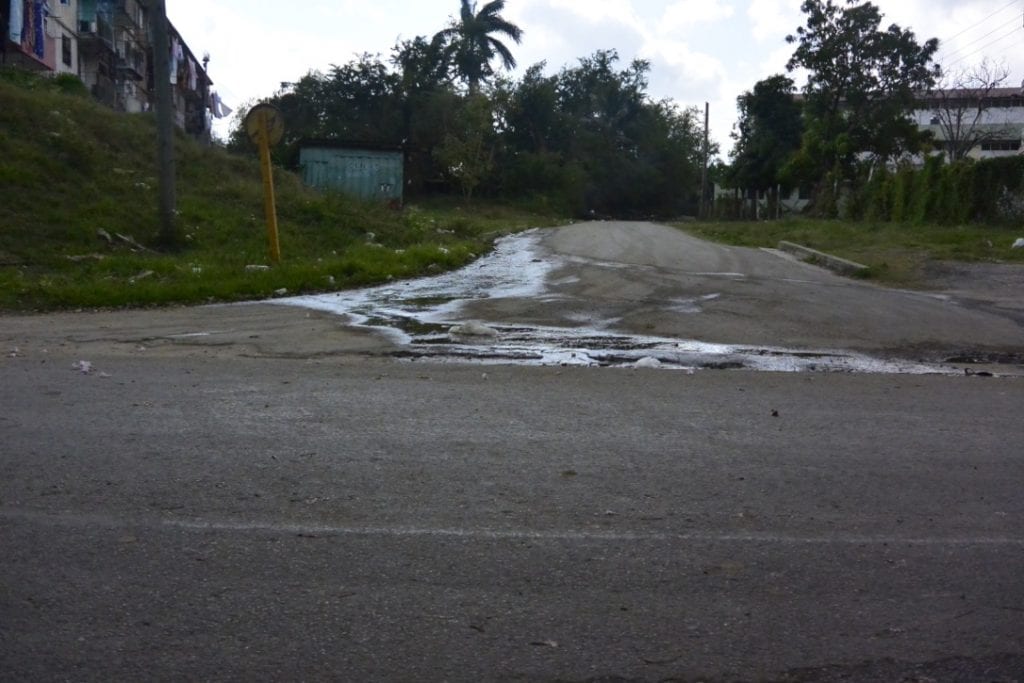 The only solution would be to replace damaged pipes. But, this would undoubtedly imply a huge expense which will most certainly have to wait. I don’t think it’s a priority on their agenda. Surely, shortages of items in the hard-currency store network has caught the most part of our decision-makers’ attention or maybe it’s the new restrictions on the self-employed that is keeping them busy.

Meanwhile, time is passing by and these leaks have come to stay. In addition to streets full of potholes and homes in a miserable state. The worst thing is that we have lost our capacity to be shocked and outraged by these situations.

It’s like a war of wear and tear; when the first leaks appeared, people were insulted and complained to their district representative. Now, people don’t even bother wasting their time doing that, “it’s no good, it’s never going to improve,” these are things you hear people say everywhere.

This is reflected in low attendance levels at accountability meetings and CDR (neighborhood defense committees) presidents’ titanic task of trying to bring all of the neighbors in the area together. I feel sorry for them because they don’t have the tools they need to resolve most of the community’s problems. Apathy and disappointment roam freely through our valleys. 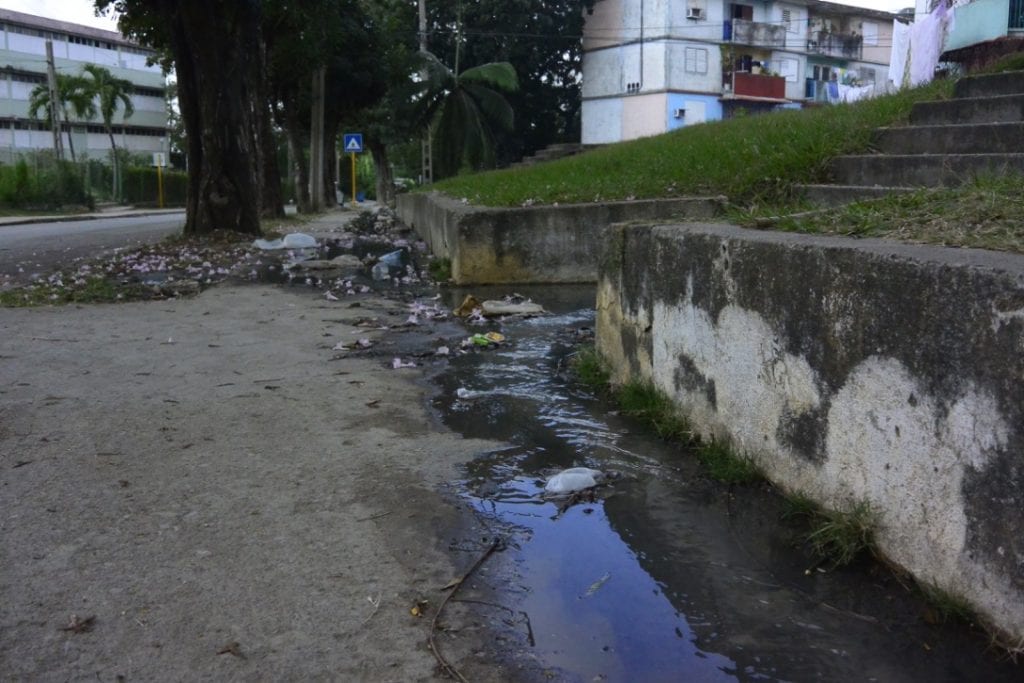 It will become harder and harder for photographers from official media outlets to take photos that highlight the Revolution’s accomplishments. However, this decadence has ironically become motive for international tourism. Some tourism agencies have based their campaigns on trying to get their customers to hurry up and visit Cuba so they can discover one of the few socialist countries in the world before it changes.

The pictures they use are of a country is a state of destruction that it seems like a civil war has just ended. A country which can’t wait any longer for the profound changes needed to move it away from this decadence.

Some people will think that these photos have been taken out of ill intent, so as to defame the Cuban Revolution. Truth is you don’t have to be a sharp photographer to take them, they are already a feature of our daily reality.

One thought on “Unwanted Springs in Cienfuegos, Cuba”