HAVANA TIMES – On Sunday April 10th, the Maximo Gomez museum located in the beautiful Quinta de los Molinos, Havana, was the setting of an unprecedented event on our island: the First Vegan/Vegetarian Event.

We really were at a disadvantage because the march for Dog Day had been scheduled for the same time, which consists of the traditional pilgrimage to Colon Cemetery to place flowers on Jeannette Ryder’s grave, a US philanthropist who lived on the island and founded the Bando de Piedad.

Despite this setback, it was a full house, and lots of people had to watch the second session from the door.

The introduction to veganism was a great ice-breaker: while they projected related pictures on a screen, four women explained why they transitioned to this lifestyle: Claudia Rodriguez Herrera, Leyniela Fuentes Zamora, Diana Rosa Naranjo and Jessica Lau Perez, the latter is also a doctor, who shared expert information to clear up any doubts about how to eat a plant-based diet without affecting your health.

The personalized tone of the conversation created a warm atmosphere, along with an exchange of questions, opinions and testimonies from the audience.

There were some tables on the patio with natural culinary and cosmetic products, animal-testing free. I should say the prices were quite reasonable bearing in mind the excessive inflation we’re suffering now. During the recess, an assorted, delicious snack was handed out for free, on pepper leaves (Piper auritum) and with rustic cutlery, made out of natural and recyclable materials.

Doctor Eduardo Daniel Cabrera Rose gave a dynamic talk about veganism and probiotics, focusing on applying this knowledge in a practical way. Then, young Abel Duran Zaldivar shared his first-hand experience in Permaculture, as a design tool for an eco-friendly and self-sufficient vegan lifestyle.

Questions from the public were respectful and enthusiastic. You could feel people getting involved with the subject and a real need for this kind of exchange. There is a part of our culture that isn’t included in the post-card they sell of Cuba, and this is the spirituality that the country has soaked in from unrecognized foreign traditions such as yoga and other millennial practices based on non-violence.

The issue of animal suffering has been charged with tension as a result of the public killing of a cat during a Rodeo organized by the Ministry of Agriculture, (the same institution that stipulates Animal Protection laws in our country). Thus, it becomes clear that there is no official incentive for this sensitive topic, in the media or in education. There isn’t a law that criminalizes different forms of assault towards living beings that aren’t even recognized as living beings.

However, it’s becoming more and more irrefutable that animal rights groups exist, which have organized themselves spontaneously and are laying the foundations for a much more inclusive and humane society.

Another controversial point that came to light was the fact that the Ministry of Health doesn’t promote veganism or vegetarianism and vegan menus don’t exist at official Cuban institutions, not even in hospitals.

How can a doctor recommend a strict vegan or vegetarian diet without betraying, not scientific fact but the dogma they’ve been trained under? It’s quite a challenge. A young med student specializing in nutrition told me that all the updated information he has on the subject he learned on his own, via YouTube, and he feels all alone in this kind of “war” against academic tradition.

He and another young assistant admitted that they became vegans because they came from rural areas of the island, and killing pigs, chickens, etc. is a routine practice in their families and an awful sight to behold, which they’ve never got used to.

I was surprised to see how many people have adopted vegan and vegetarian lifestyles, with well-established knowledge about nutrition and even experience in practices such as intermittent fasting.

An animal rights advocate in the audience mentioned the concept of speciesism, which made them question their own work rescuing, sterilizing, and promoting the adoption of stray cats and dogs, but also taking part, at the same time, in the exploitation and slaughter of other animals for their own sustenance.

This abandonment of domestic animals (which isn’t a crime in Cuba), is wreaking more and more havoc on Havana’s streets, as a result of alarming and growing migration figures. During the talks, a very sociable cat walked across the entire room and let itself be caressed by those present, displaying all of its elegance.

Once the event ended and the museum was about to close, an employee was very concerned about the cat’s fate. She told me that she had been abandoned there, but that she was in great danger because of the two dogs that guard the garden and have already killed other cats.

So, in addition to the satisfaction of the day where there was a climate of solidarity and genuine feedback; in addition to the new contacts in my phone and the mutual promises that this wouldn’t be the only vegan event on the island, I brought something tangible back with me: a white and black cat that once had a home and is now trying to adapt to my family of rescued pets, as an emergency solution.

Cuba desperately needs an Animal Protection Act. Cuba is already demanding a society that promotes compassion as the law of life. 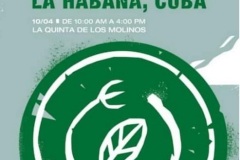 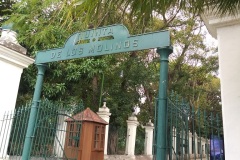 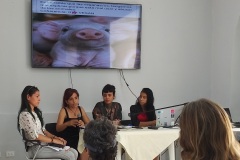 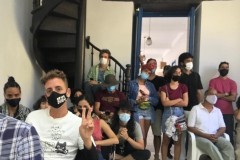 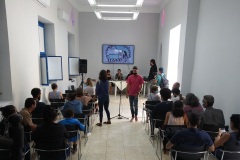 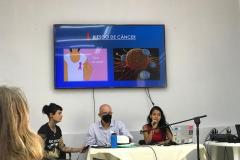 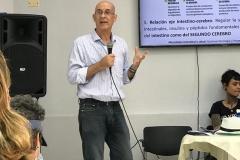 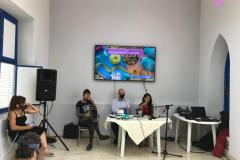 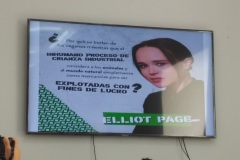 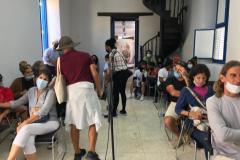 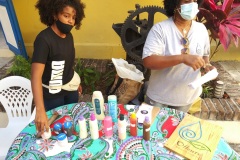 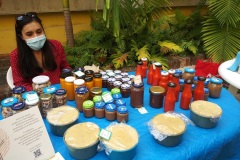 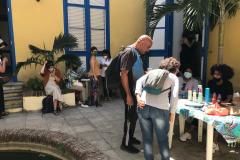 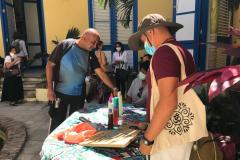 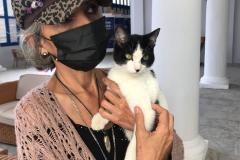 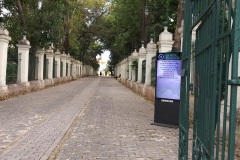