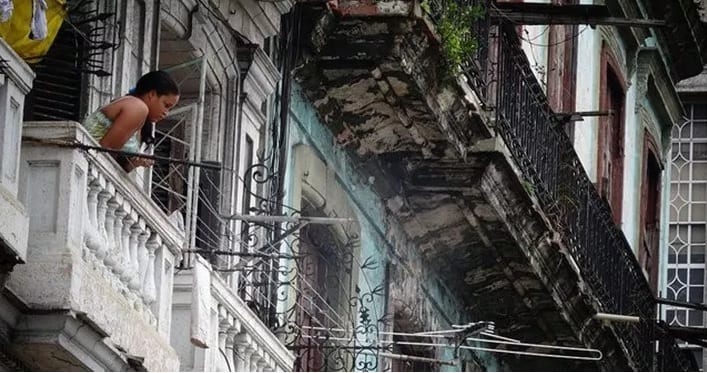 HAVANA TIMES – It was a three-step process. First, make the decision, then say “now”, and then finally find a place. It was either that or lose her mind. That or suffocate in a family environment without any air. One day in May, Heidi went to live on her own, renting a place.

Maybe this story begins a long time before this moment, when she was a child and longed for (but didn’t have) her own room, or when she learned what independence was at her pre-university boarding school which she received a grant for, or when she was working and able to support herself and wanted to take charge of her life.

Whenever it was, she didn’t know at that time that she would move five more times, in the space of three years. “Nomading it”, was what Heidi called the unbearable deja vu of collecting up her stuff, leaving, looking, to then find her next place, set up camp, and then do it all over again.

Almost none of her landlords had a license to rent. They were only concerned about getting their money without any hassle, without the complications of redtape. Even with licenses, there was never a contract or something similar that would protect her from that fateful “I need you to go”.

The incoming flood of tourists meant that prices went up and less spaces became available for Cubans. Each move became more and more distressing.

Housing (along with public transport and food) is one of Cuba’s never-ending problems. “Housing is Cuba’s greatest social problem,” academic Carmelo Mesa-Lago states.

According to the Ministry of Construction’s figures, national housing stands at 3,824,861 homes, 39% of which are in an average or poor condition. Late last year, the deficit stood at 929,695 homes, a figure which clearly increased after the tornado that hit Havana in January.

Amidst so much shortage, people without anything are given priority. Even with the dozen jobs Heidi has held, she still doesn’t classify as a social case, she has never been at a shelter, no hurricane has blown off her roof. Regrettably, she understands that she is at the back of the line.

Decree-Law 288 (issued in 2011) lifted the ban of the purchase and sale of homes and opened gates to a budding real estate market, if we can call it that. Ricardo Nunez, an economist and expert in urban development, explains that there is a “speculation spiral” at play here: properties available doesn’t really increase, and so buildings are overvalued and prices are hiked up.

If Cuban bureaucracy had to be compared with a place, it would maybe be a swamp, or maze. But, it reigns supreme at housing offices. Economists Roberto Munoz and Jorge Manuel Garcia explain that there are 152 high and low-level regulations in this sector, which translates as legal paradoxes and disagreements.

Like other measures within the private sector, opening up the real estate market served the best interests of especially those who were in a better financial situation.

“Legalizing the purchase and sale of houses has been favorable for a small group of the population with high purchasing power,” Munoz and Garcia conclude. “(…) Today’s property market represents a challenge for ordinary citizens looking for their first home because prices and values practices, both in exchanges as well as purchasing and buying property, are far beyond the reach of average national incomes.”

A small place to call home

Heidi walked down the street, admiring other people’s homes: “look how beautiful that doorway is”; “if only I had that balcony”. She was imagining possible decors, paintings, lamps, the wall with a bookcase, a corner filled with photos. She guessed that that combination of longing and obsession would go once she had her own place, her own home.

To tell you the truth, many other people find themselves in a similar situation (too many). According to the results from several studies [1], over 70% of young people surveyed still lived (in different combinations) with both parents or one parent, with their siblings and grandparents too; even with people further along the blood line.

“Owning your own place to live is associated with becoming independent, having your own identity, and managing to be an adult and have the conditions to start your own family,” psychologist Elaine Morales Chuco points out.

During Heidi’s darkest moments, she would get extremely angry: “And they [the government] want us to have kids like this!”. So many mental circles brought her to some firm conclusions: “It’s because of things like this that people leave.”

Heidi’s friends who live alone or with their partners, had received their homes from a relative. However, she wasn’t so lucky in this lottery. But, having your own home shouldn’t be a matter of luck.

Most classified ads feature this word. “Indefinitely,” she insisted, and she remembered Borges. Time didn’t only exist (go figure, Borges), but it also cost money. The expression “get to the end of the month” began to make complete sense: how expensive, how difficult.

Everyone looking for rents “indefinitely” wanted the same thing as Heidi. Because indefinite time is real time we live every day. Nobody wants to be three months here, two months there and four months God knows where.

Any one of them would have accepted to pay a mortgage (just like they pay rent) and pay off a house in this way one day. However, there isn’t any official mechanism that allows this option, yet.

Apartments for rent can go up to 500 CUC per month. On the other hand, you can see many people’s scarce financial means. For example, one woman was looking for a two-bedroom place and she only had 40 CUC per month. She had two young girls.

The good news: they want to build 527,575 new homes and renovate 402,102, Minister of Construction, Rene Mesa Villafana explained to lawmakers. The bad news: these plans will extend to 2028. People who manage to get their homes in the first few years are lucky; pity for those who are at the bottom of the list. “I’ll be old in 10 years time,” Heidi says.
—–
[1] Taken from the article “Inequality in Cuba’s young population. Challenges for youth policy,” Elaine Morales Chuco. In: Challenges for social equity in the reform of Cuba’s economic model, Social Sciences Publishing House, Havana, 2015.