HAVANA TIMES — When it comes to diagnosing the state of the media in Cuba, one concept is common among experts: Don’t look at what they say, but what they don’t say.

Our so-called “Primetime Cuban News” or “News at Eight” made headlines this past June 5th. Near the end of the broadcast a Cuban journalist presented her frustrated attempt at reporting on the prices of food in hard-currency stores.

The use in this commentary of some terms and details will inevitably appear obscure to the foreign reader, therefore I’ll explain those to make it easier for them to understand.

Nevertheless, what was essential was the annoyance of that reporter when she was prevented from filming inside several commercial establishments; therefore — resolved and determined — she showed the viewers the evidence surrounding this absurd prohibition.

In each of the instances, workers of various ranks vehemently insisted that access to these establishments by television crews was only possible with advance notice and with the consent of company management. Imagine how much red tape this would take to make a simple report seeking to respond to popular concerns about retail prices in hard currency.

Why the prohibition? To some degree, as some note, it’s reminiscent of the past, but others (among whom I include myself) believe in the validity of this, adding to it the dislike of those who conceal their personal interests and would be threatened if the valuable work of journalists was given the free reign it deserves.

Imagine if this is also happens with the inspections by the newly created Comptroller General’s Office, which has been charged by the current government to fight those who are corrupt. The officials of that office know that a “forewarned battle doesn’t produce casualties.”

I should add that it’s almost impossible to bribe Cuban reporters. Among other reasons, they’re completely outside the machinery of daily corruption. In addition, a high sense of ethics characterizes them and the honor they hold for their own profession, so needed for genuinely expressive venting.

With equanimity and intelligence, the young journalist has put the entrenched bureaucrats into a state of crisis, those who defend their anachronistic “no’s.”

Finally, it seems as if we’re crossing the line of that much-criticized self-censorship (“self-flagellation,” I would call it) to launch ourselves into demanding the exercise of those rights that are proclaimed in our constitution and in the Communist Party gatherings, but neglected in practice – as occurs so often in our country.

The reporter spoke about “fines” and also asked about unannounced price increases on various staples, in addition she pointed to how there was no valid arguments with respect to all of this.

At the door of several “shopings” (hard-currency stores), some customers responded to her clearly, obviously upset with those business’s practices.

First let me explain what the term “fines” means in popular parlance. A widespread practice in these establishments, this is when they sell some products with the prices altered – above the real ones.

In many cases they cleverly hide the correct information, which should appear in the plain view of the public.

Concerning the second question related to the goods whose prices rose, these are items such as cooking oil, butter, detergent, washing soap and frozen chicken. It should be added the presence of types of deceit typical of “socialist” trade, which is understood as a state monopoly.

For example, the supplies of cheaper products disappear or become so scarce that this gives consumers no other choice but to buy more expensive products, which is technically not a price increase, though in practice it is.

It should be added that Cubans receive their wages in national currency, which they exchange at a rate of 25 to 1 against the Convertible Peso, which is what is used in hard currency stores.

This isn’t the end of our shortcomings. These explanations are no more than the preamble to assess what really made the news: The Cuban press, in one of its time slots of greatest public impact, slammed the manipulations of the bureaucratic class, which up until now had prevented certain matters of social concern from being questioned and addressed.

The editors of Granma newspaper subsequently published a lengthy article defending this astute reporter who revealed tangible evidence of the widespread corruption that affects the nation today, of which combatting is a priority according to President Raul Castro.

It’s like we’re finally getting on track, and hopefully this time it’s for good.

In the late eighties, when the process called “rectification of errors and negative tendencies” began, Cuban journalists engaged in similar actions described here, ones that were well received by the public. 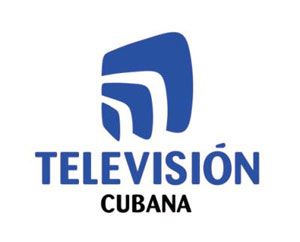 This was especially true among the listeners of Cuban radio, which is characterized by its immediacy and its community attachment.

However that process was undermined after a short time. The justification focused on the inevitable hardships of the “Special Period” following the demise of socialism in Eastern Europe, especially in the USSR.

There are some who think the underlying reason can be explained with the saying: “They bought fish, but then got scared of the eyes.”

Something similar also happened in the ‘90s with the authorization of self-employed work, which was slowly allowed and was persistently obstructed, only to be reborn today.

In both cases, in addition to many others to come, it is an urgent necessity to lose our fear of the fisheyes since we are fishing out of necessity and will be fishing in the future.
—–

6 thoughts on “When Cuban TV News Is News Itself”